Stokes and Pope hold out after slow progress for England 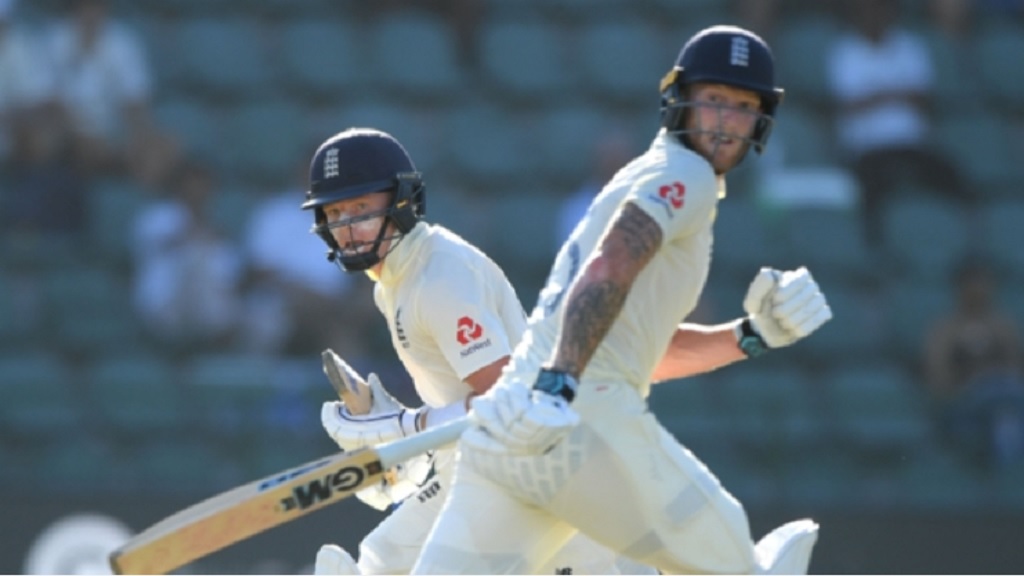 Ben Stokes and Ollie Pope shared a crucial partnership to lift England to 224-4 after they had threatened to throw away a promising start on day one of the third Test with South Africa in Port Elizabeth.

The tourists, who dramatically levelled the four-match series at 1-1 last time out with the aid of a man-of-the-match display from Stokes, won the toss and opted to bat on a sluggish track, a decision South Africa skipper Faf du Plessis said he would have taken if given the chance.

Zak Crawley (44) and Dom Sibley (36) demonstrated plenty of patience in batting past lunch, the inexperienced openers sharing 70 in 31 overs as England avoided losing a wicket in the first session of a Test in which they had batted first for the first time since 2011.

However, although all of England's top four got in, Joe Denly and Joe Root adding 25 and 27 respectively, South Africa made regular inroads to gain the upper hand shortly after tea, Keshav Maharaj (1-55 from 32 overs) making a valuable contribution after Du Plessis had questioned the need for a spinner before the game.

After slipping to 148-4, Root's side were grateful for an unbeaten stand of 76 between Stokes (38 not out), who was twice dropped, and Pope (39 not out), which raised their hopes of making a substantial first-innings score.

However, the breakthrough for the Proteas came in the fourth over after lunch when Sibley - a centurion in Cape Town - clipped Kagiso Rabada (2-48) to Dean Elgar at backward square-leg.

The assured Crawley took his team into three figures with a four, but he fell in similar fashion to Sibley as the diving Rassie van der Dussen pulled off a terrific diving catch at leg gully off Anrich Nortje.

Maharaj did a particularly good job of limiting Denly's scoring and eventually got the wicket he deserved, a review showing England's number three to be plumb lbw after a delivery struck pad before bat.

When Root was comprehensively bowled by a Rabada delivery that stayed low and crashed into off stump, South Africa looked to have seized the initiative.

Yet Stokes, who was named the Men's Cricketer of the Year for 2019 by the ICC on Wednesday, survived a number of scares to stabilise the innings alongside Pope.

South Africa burned both of their initial reviews with attempts to dismiss Stokes in successive Maharaj overs, while the all-rounder was reprieved on 10 when Pieter Malan failed to hold onto a difficult chance at short-leg.

Stokes got lucky again when he edged Paterson just short of slip in the next over, while Maharaj almost found his off stump when he missed a slog sweep.

Pope claimed three successive fours after Nortje took the new ball and the Proteas wasted another review when the sparingly used Vernon Philander incorrectly felt he had trapped Stokes lbw not playing a shot, only for replays to show the ball was comfortably missing off stump.

While progress for England was slow on Thursday, Temba Bavuma, who was told a "weight of runs" would help him regain his place in the Proteas team, made a career-best 180 for the Lions in South Africa's four-day domestic competition.