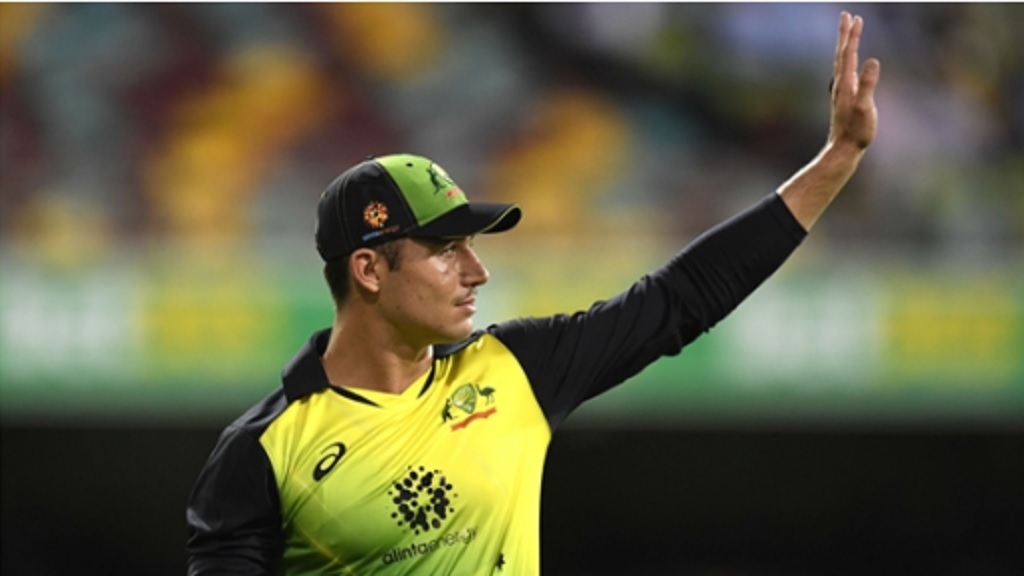 Australia clung on for a four-run victory in the first Twenty20 clash with India in Brisbane after play was limited to 17 overs apiece due to rain.

The tourists were left needing 13 runs from their final over in pursuit of a target adjusted to 174 by the Duckworth-Lewis-Stern method after the heavens opened in the latter stages of Australia's innings.

But Marcus Stoinis (2-27) stepped up to restrict India to eight, as well as taking the consecutive wickets of Krunal Pandya (2) and Dinesh Karthik (30), and earn the hosts a narrow victory.

Aside from D'Arcy Short's seven, Australia had every reason to be satisfied with a solid if unspectacular showing from their top order.

Captain Aaron Finch reached 27 and Chris Lynn 37, while Glenn Maxwell impressed in hitting three sixes on the bounce on his way to racking up a contribution of 46 runs.

Maxwell got lucky when he sliced a shot into the Spidercam shortly before the covers came on, the unusual intervention and dead ball sparing him a likely catch at long-off.

His innings was ended by the first delivery after the players returned from the rain delay, however, as he dragged Jasprit Bumrah (1-21) to square leg.

Australia's 158-4 total from their 17 overs was revised via DLS and India found themselves too reliant on Shikhar Dhawan (76) early in their response.

Rohit Sharma (7), KL Rahul (13) and Virat Kohli (4) all failed to fire, Adam Zampa (2-22) claiming the wickets of the latter two in an impressive outing, although Rishabh Pant (20) and Karthik managed to haul India into a position from which they could mount a challenge for the win.

Pant was lost to a Jason Behrendorff catch off Andrew Tye (1-47) in the penultimate over and Stoinis, with the help of a superb diving take from Maxwell to dismiss Krunal, did enough to see Australia over the line.

The series continues in Melbourne on Friday.