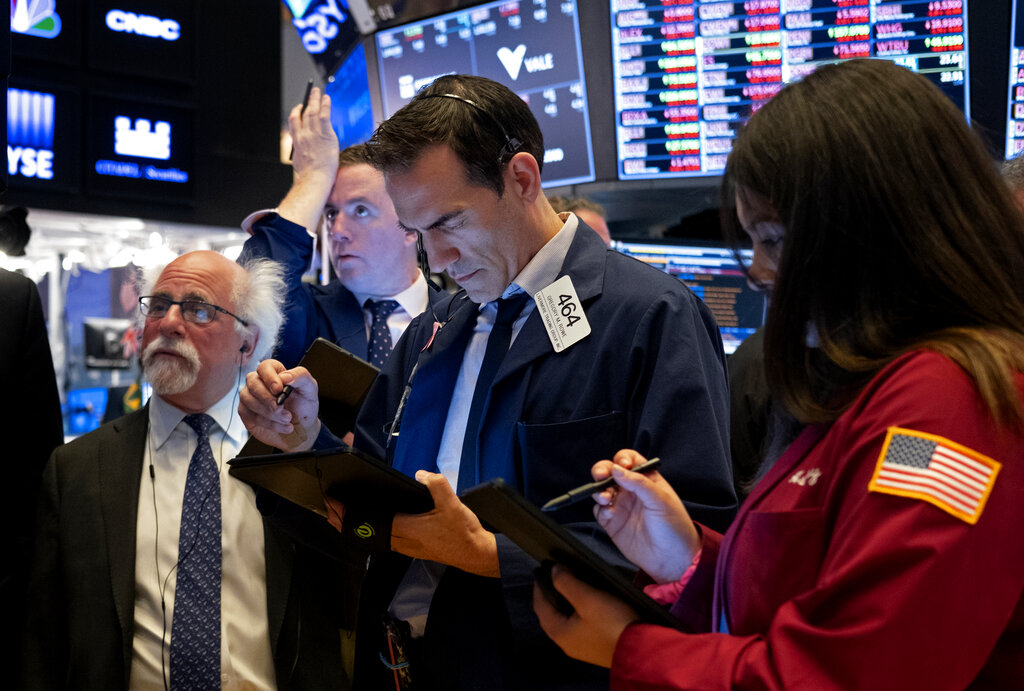 The US market plunged to its worst day in more than three decades as voices from Wall Street to the White House said the coronavirus may be dragging the economy into a recession.

Monday's 12 per cent drop for the S&P 500 means it has plummeted nearly 30 per cent since setting a record less than a month ago, and it’s at its lowest point since the end of 2018.

Losses were steep Monday, accelerating in the last half hour of trading after President Donald Trump said the economy may be headed for a recession and asked Americans to avoid gatherings of more than 10 people.

The plunge came even though the Federal Reserve rushed to announce a new round of emergency actions before markets opened for trading Monday.

The moves are aimed at propping up the economy and getting financial markets running smoothly again, but they may have raised fears even further. Investors are also waiting for the White House and Congress to offer more aid to an economy that’s increasingly shutting down by the hour.

The Dow Jones Industrial Average plunged 2,997 points or 12.9 per cent, and, likewise, the S&P 500 had its worst loss since the Black Monday crash of 1987. It surpassed Thursday's loss of 10 per cent for the Dow.

The market's losses the last few weeks are the steepest since the 2008 financial crisis dragged the economy into the Great Recession. Trump and professional investors say the stock market could bounce back strongly as soon as health experts get the virus under control.

The problem is that no one knows when that could be, and broad swaths of the economy are grinding closer to a standstill in the meanwhile, from parked airplanes to the nearly empty restaurant around the corner.

Monday's selling began immediately on Wall Street, sharp enough to trigger a temporary trading halt for the third time in the last two weeks. Losses were even sharper in Europe before paring, and major indexes there fell between four per cent and six per cent. Oil lost 9.5 per cent and has more than halved this year. The world’s brightest spot may have been Japan, where the central bank announced more stimulus for the economy, and stocks still lost 2.5 per cent. 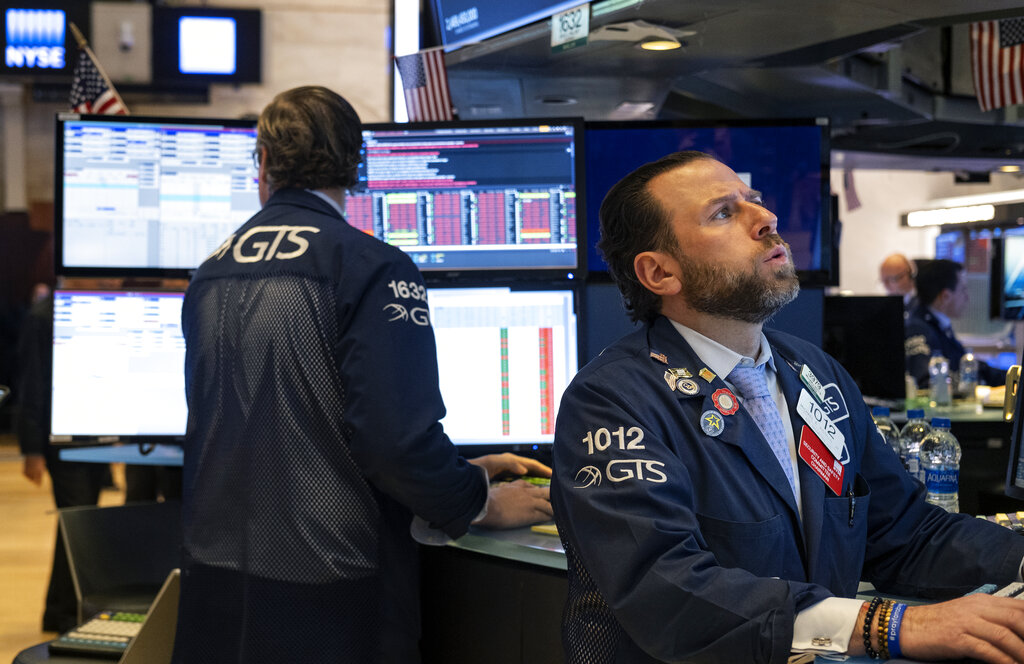 “It's impossible to say when and how we're going to reach bottom,” said Danielle DiMartino Booth, chief executive officer of Quill Intelligence.

The spreading coronavirus is causing businesses around the world to shut their doors. While that can slow the spread of the virus, it's also taking cash out of the pockets of businesses and workers. That has economists slashing their expectations for upcoming months, and Wells Fargo Securities said Monday it now projects the US economy will fall into a recession in the April-through-June quarter. Joel Prakken, chief US economist at IHS Markit, projects the economy will shrink at a 5.4 per cent annualized rate during the quarter, which would be its worst performance since the depths of the Great Recession.

The best-case scenario for many investors is that the economic shock will be steep but short, with growth recovering later this year after businesses reopen. Pessimists, though, are preparing for a longer haul. The wide range of possible outcomes has Wall Street swinging wildly, and the S&P 500 had its third straight day where it moved more than nine per cent — two down and one up.

Strategists at Goldman Sachs say the S&P 500 could fall as low as 2,000 in the middle of the year, which would be a 41 per cent drop from its record set just a month ago. Goldman expects the index to rally back to 3,200 at year-end.

For most people, the coronavirus causes only mild or moderate symptoms, such as fever and cough, and those with mild illness recover in about two weeks. But severe illness including pneumonia can occur, especially in the elderly and people with existing health problems, and recovery could take six weeks in such cases.

American Airlines and United Airlines both announced steep cutbacks to flights over the weekend as customers cancel trips and the U.S. government restricts travel. Other travel companies have also seen sharp drops in demand from customers. Restaurants, movie theatres and other businesses that depend on drawing crowds appear to be next to get squeezed. Several states and the country's largest city are ordering restaurants to close their doors to dine-in customers and do only takeout and delivery.

The Federal Reserve has been trying to do what it can to help the economy, and over the weekend it slashed short-term interest rates back to their record low of nearly zero.

It also said it also will buy at least $500 billion of Treasury securities and $200 billion of mortgage-backed securities to help calm the Treasury market, which is a bedrock for the world’s financial system and influences stock and bond prices around the world. Trading in the market began to get snarled last week, with traders saying they saw disconcertingly large gaps in prices offered by buyers and sellers.

“Despite whipping out the big guns," the Fed's action is "falling short of being the decisive backstop for markets,” said Vishnu Varathan of Mizuho Bank in a report. “Markets might have perceived the Fed's response as panic, feeding into its own fears.”

The yield on the 10-year Treasury slid to 0.73 per cent from 0.95 per cent ate Friday, a sign that investors are flocking into investments seen as safe.

The Fed action came as major economies expanded travel curbs and closed more public facilities, raising the cost of efforts to contain the outbreak that has infected about 175,000 people worldwide. China, where the coronavirus emerged in December, accounts for about half of those, but a dozen other countries have more than 1,000 cases each.

After the Fed unloaded its bazooka on markets late Sunday, investors are looking for more help from the US government, according to Brian Nick, chief investment strategist at Nuveen. That includes targeted aid to industries hit hard by the virus, as well as checks sent out to households.

“We have to be careful that small businesses don't get forgotten,” said Jason Pride, chief investment officer of private wealth at Glenmede.

Volatility appears to be the new normal following a dizzying week in which the Dow twice fell by more than 2,000 points and also record its biggest point gain ever — 1,985 points on Friday. Last week’s drops also confirmed the end of the longest-ever bull market on Wall Street, which emerged from the financial crisis and ran for nearly 11 years.

Many investors expect markets to remain volatile as long as the number of new infections keeps accelerating.

“The real fear is going to be if people are going into hibernation, how long will that be, and we have no way of having any knowledge to answer that question," said Adam Taback, chief investment officer for Wells Fargo Private Wealth Management.

“This is not a two-week event,” he added. “This is going to be playing out in the markets for many more weeks than two weeks.”