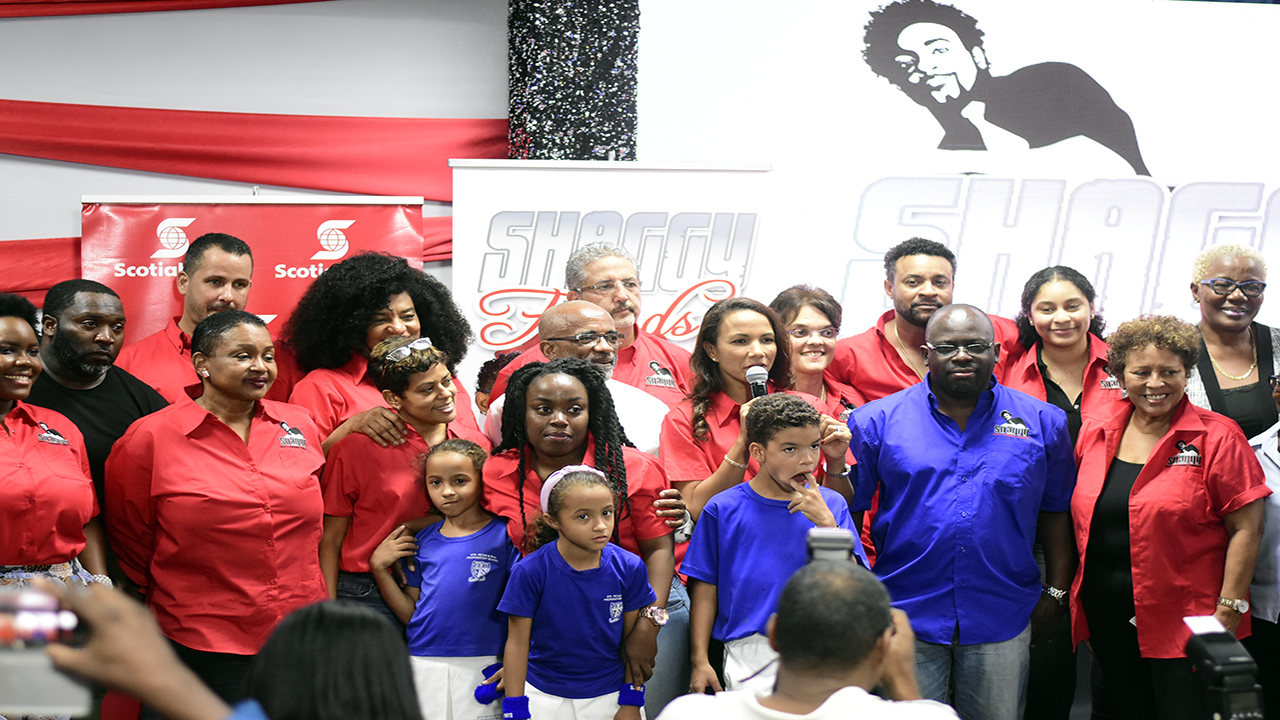 Members of the Shaggy Make A Difference Foundation, including Orville ‘Shaggy’ Burrell (back row, third from right) with Bustamante Hospital for Children staff and patients at the launch of the Shaggy & Friends benefit concert on Wednesday. (PHOTOS: Marlon Reid)

Rock music legend Sting, Haitian American musician Wyclef Jean and rapper Fetty Wap are among the international stars scheduled to perform at the 2018 Shaggy and Friends Concert, to be held January 2 on the lawns of Jamaica House in St Andrew.

The Shaggy Make A Difference Foundation (SMADF) will once again donate all the proceeds from the concert to the Intensive Care Unit (ICU) at the Bustamante Hospital for Children.

Also hitting the stage for free will be a number of local and Caribbean stars in an effort to help the struggling government-run hospital acquire vital equipment to save the lives of children in the ICU. They are Christopher Martin, Aidonia, Dexta Daps, Junior Reid, Shenseea, Barrington Levy, Third World, Chaka Demus and Pliers, Capleton, Professor Nuts, Wayne Wonder, Bunji Garlin and Fay-Ann Lyons. 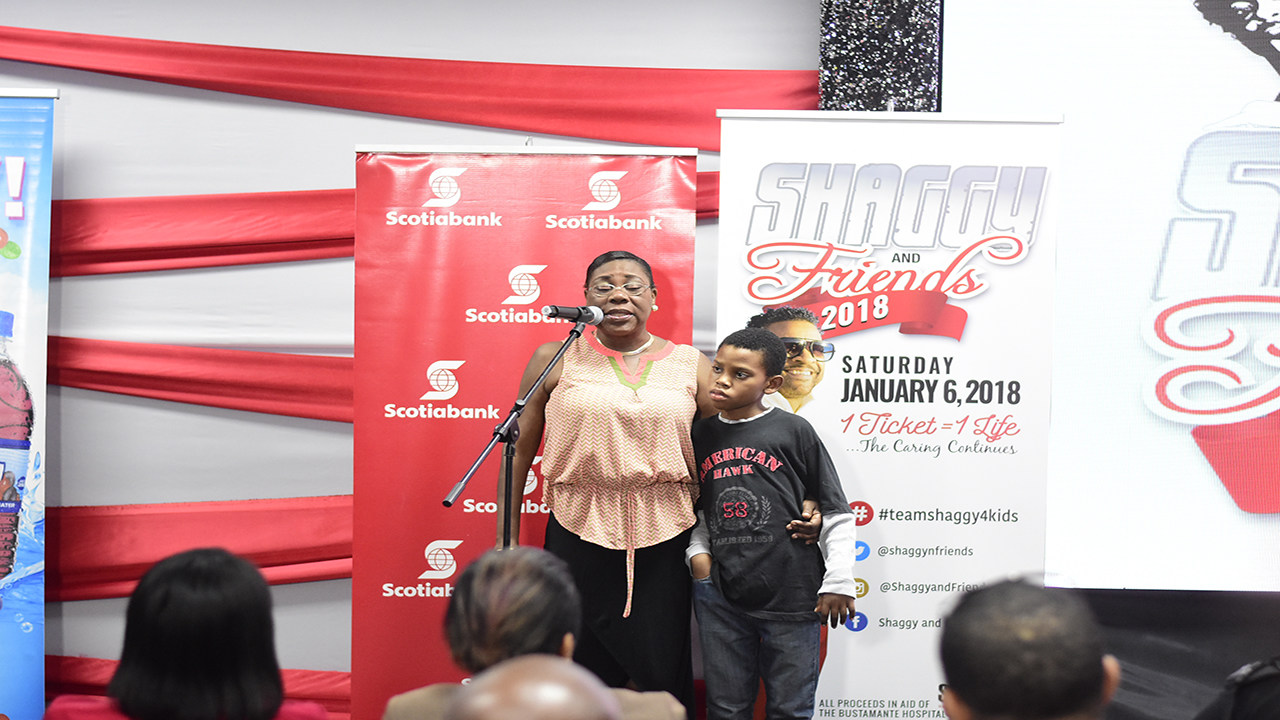 According to co-producer of the show, Rebecca Packer-Burrell, Shaggy’s wife, funds from this show will be used to increase beds in the ICU of the hospital, which is the only full-service children’s hospital in the English-speaking Caribbean.

At the launch on Wednesday, at the Bustamante Hospital for Children, Shaggy appealed for support of the venture, stating that each ticket will save one life. He said it was hard to get acts to volunteer for the show, with many stars either declining or “stop receiving phone calls”.

He said the venture started as a means of him giving back each year, until he realised that it was more than he could give personally, after which he was advised to start the SMADF.

In outlining the needs of the hospital, Dr James, Head of The Department of Anaesthesia and Intensive Care at the hospital, gave an example of the little boy who came in with his organs failing and would have died, if it wasn’t for the equipment that the SMADF donated over the years.

He said the boy can now be a worthwhile member of society and can now in the future “pay his taxes”, which brought laughter to the large gathering at the launch.

James said, “we admit 150 patients annually to this five-bedded facility, but are beset by the consequences of resource limitations; inadequate physical space, inconsistent supplies of critical items, difficulty with acquisition of cutting-edge equipment as well as maintenance of the equipment we have.

“We, therefore, feel extraordinarily grateful to the Shaggy and Friends Foundation for their on-going efforts in assisting the hospital and the unit. Please keep it going,” Dr James urged.