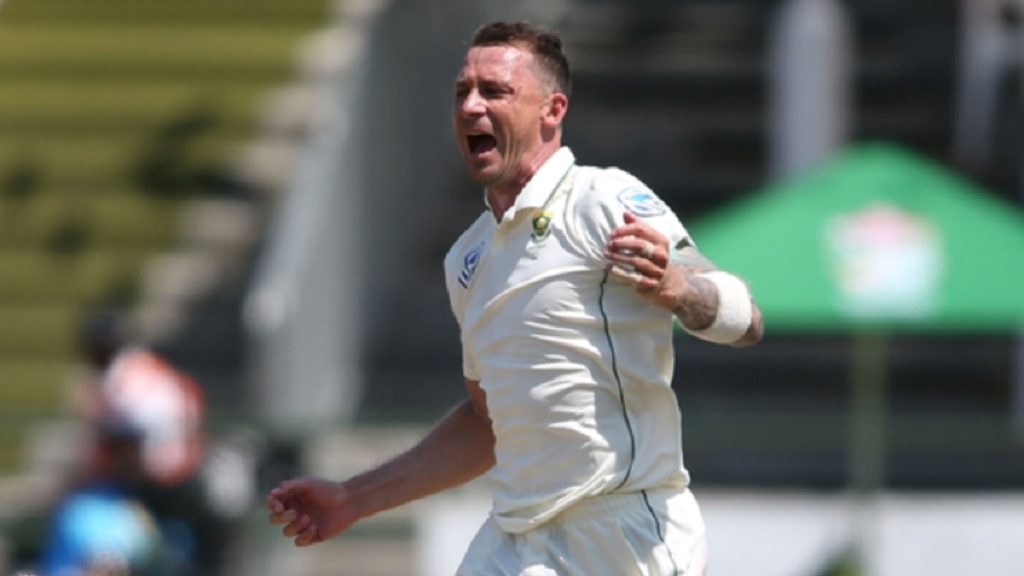 Dale Steyn moved level with Stuart Broad in the list of all-time Test wicket-takers as South Africa seized control of the first Test with Sri Lanka.

South Africa were dismissed for just 235 on the opening day in Durban, but day two saw Sri Lanka falter even more severely as Steyn took centre stage to climb into a tie for seventh on the list with 437 wickets.

The pace bowler claimed three scalps on Thursday to record figures of 4-48 as Sri Lanka were all out for just 191.

Sri Lanka bowled with purpose as they sought to limit the hosts' lead, but South Africa closed on 126-4 to move 170 runs ahead.

And, with only South Africa having chased down over 200 at Kingsmead since the turn of the century, Sri Lanka's task in the fourth innings appears destined to be a futile one.

The tourists started the day on 49-1 but added only two more runs before Steyn had Oshada Fernando trapped in front.

Just 10 balls later Dimuth Karunaratne went in the same circumstances to Vernon Philander, who then saw off Kusal Mendis for 12.

Niroshan Dickwella soon followed him back to the pavilion, with Kusal Perera (51) the only steadying presence in an underwhelming reply.

Perera hit seven fours and a maximum in a brisk 63-ball innings that brought about his first Test fifty since November 2016.

However, he continued to lack support and Sri Lanka had just 152 runs on the board when he sliced Steyn to substitute fielder Zubayr Hamza to leave them eight down.

Debutant Lasith Embuldeniya provided admirable resistance, his 24 featuring four boundaries, but fittingly it was Steyn who caught him at mid-off to end the innings with Sri Lanka 44 runs adrift.

Steyn and Tahir inspire Proteas to dominant win over Zimbabwe