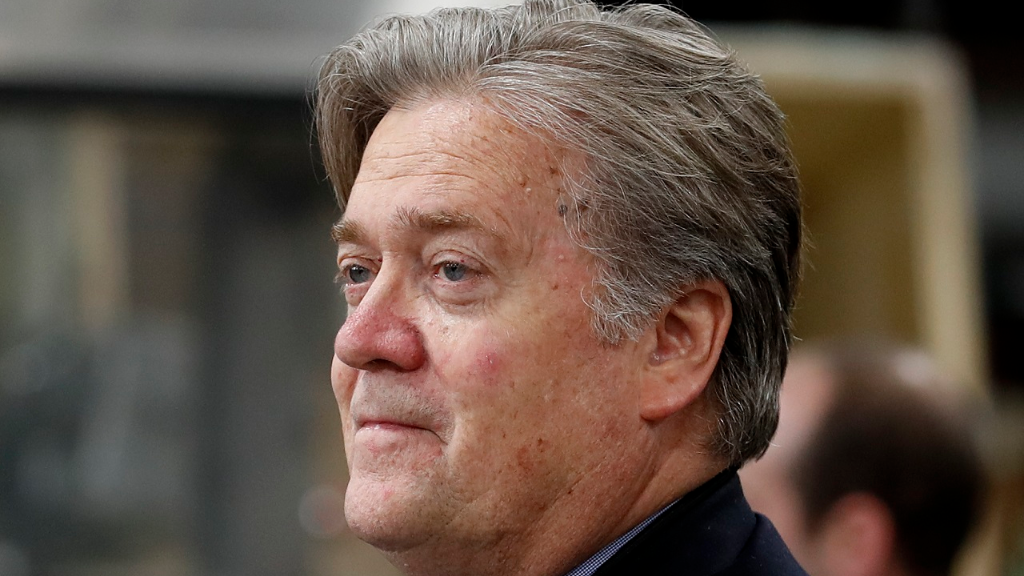 Breitbart News says Steve Bannon has returned to the website after leaving his position as President Donald Trump's chief strategist.

The conservative news site says Bannon is back as its executive chairman, and says he led an editorial meeting Friday evening.

Bannon left Breitbart just a little over a year ago to join Trump's presidential campaign.

Meanwhile, House Democratic Leader Nancy Pelosi says the departure of Bannon is "welcome news," but she is calling on Trump to fire additional staff.

Pelosi said in a statement that Bannon's departure "doesn't disguise where President Trump himself stands on white supremacists and the bigoted beliefs they advance."

Trump has said "both sides" are to blame for the clashes in Charlottesville, Virginia, between white supremacists and counterprotesters last weekend. One woman protesting the far-right extremist groups died when a car drove into a crowd.

Pelosi said Trump's administration "must not only purge itself of the remaining white supremacists on staff, but abandon the bigoted ideology that clearly governs its decisions."

She did not say which staffers she believes are white supremacists.