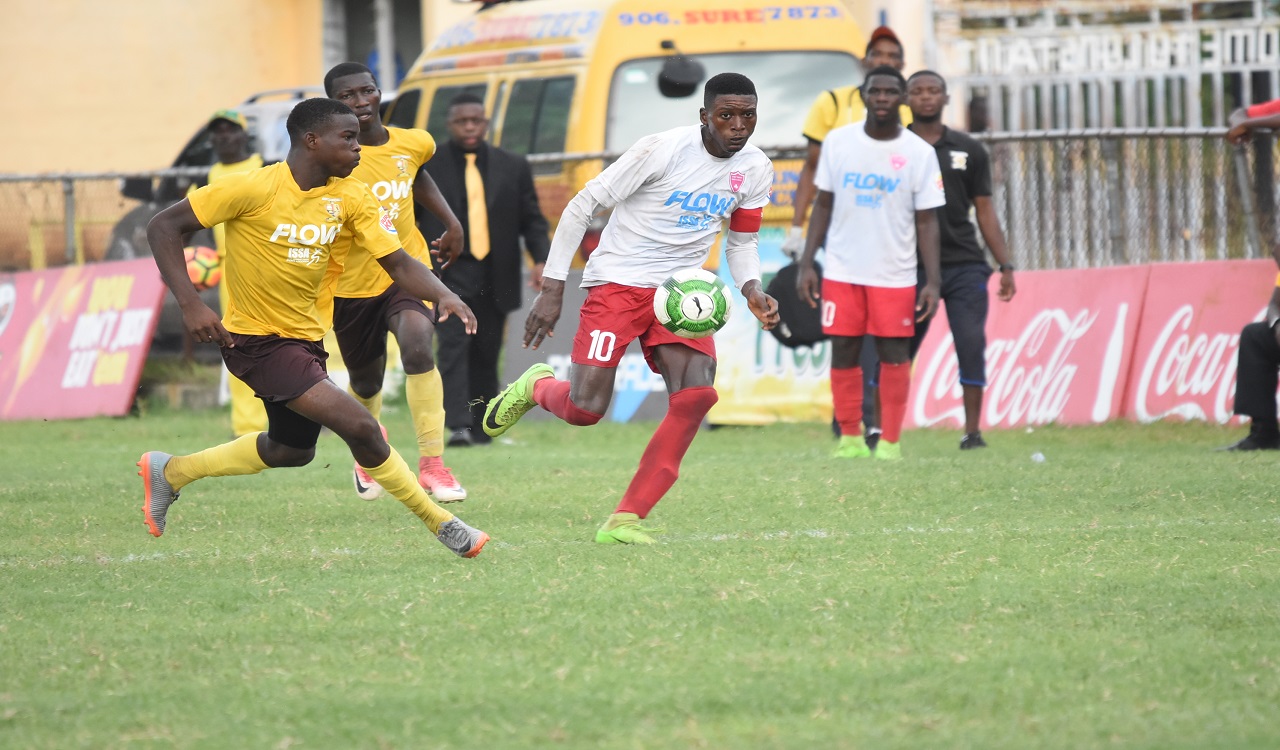 STETHS,  which won six of the last seven Ben Francis Cup titles, easily advanced to the semi-finals, by defeating Cornwall College 3-1 in the feature quarter-final match at STETHS Community Centre.

The victory means that STETHS, not only qualify for the Ben Francis semi-finals but also earned the right to contest  the rich FLOW Super Cup.

The four Ben Francis Cup semi-finalists earned the right to contest the Super Cup, along with the four semi-finalists from the corporate area Walker Cup competition.

Clarendon College confirmed their spot in the Ben Francis Cup semi-finals and the Super Cup with a 2-0 victory over Manchester High at the Juici Beef field and will now face STETHS in one of the semi-finals.

Dinthill Technical and Rusea's High will contest the other semi-final match. Both have also qualified for the Super Cup.