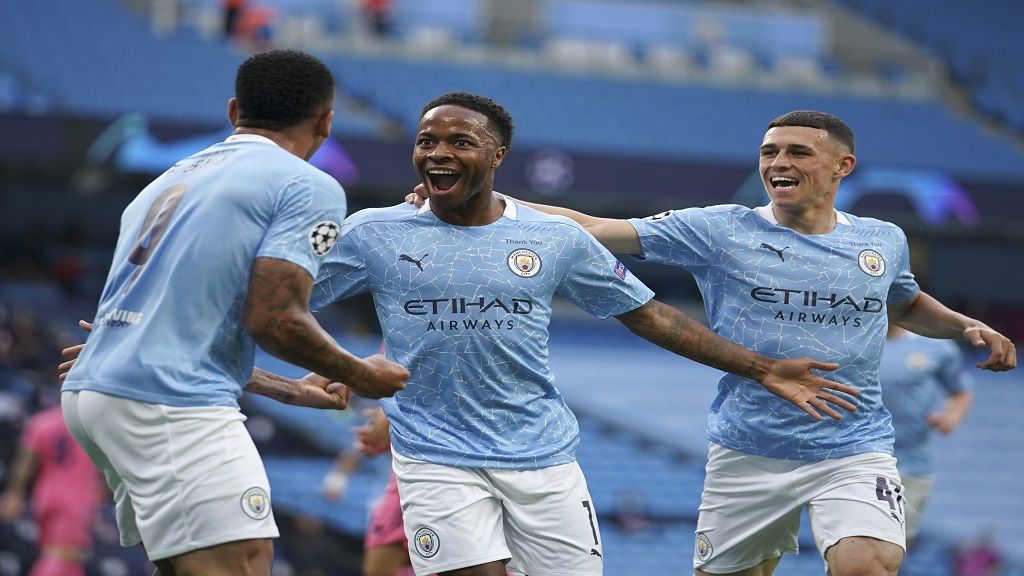 Manchester City's brilliant energy and passion were the reasons for their victory over Real Madrid, according to Raheem Sterling.

City booked their place in the Champions League quarter-finals with a 2-1 defeat of Madrid at Etihad Stadium on Friday, securing a 4-2 aggregate triumph.

Sterling netted the opener – his 100th goal for the club – following Raphael Varane's error, with Gabriel Jesus then pouncing on another mistake from Madrid's beleaguered centre-back in the second half after Karim Benzema had restored parity.

Sterling believes the difference between City and Madrid came down to effort.

"Just energy, passion. It's one of those competitions which we want to do well in – we want to play football but if we run our socks off, the result will follow," Sterling told BT Sport.

"The important thing today – we know how good they are and know how good we are – the difference was going to be who ran the most and who was willing to put the extra yard in. I thought we were brilliant today.

"That was part of the plan. To be on the front foot, aggression and be right on them. From our pressing we got two goals from it.

"With the players we've got, there's no inferiority. We played really well. They've got some great players but the energy and performance we showed, we were brilliant."

Lyon edged past Juventus on away goals despite a double from Cristiano Ronaldo in Turin, and will be City's quarter-final opponents on August 15 in what will be a straight knockout competition in Lisbon.

"It's going to be more like an international scene," said Sterling, who would have been playing in Euro 2020 with England in June and July if not for the coronavirus pandemic.

"It'll be interesting, but I'm just grateful that we're there."