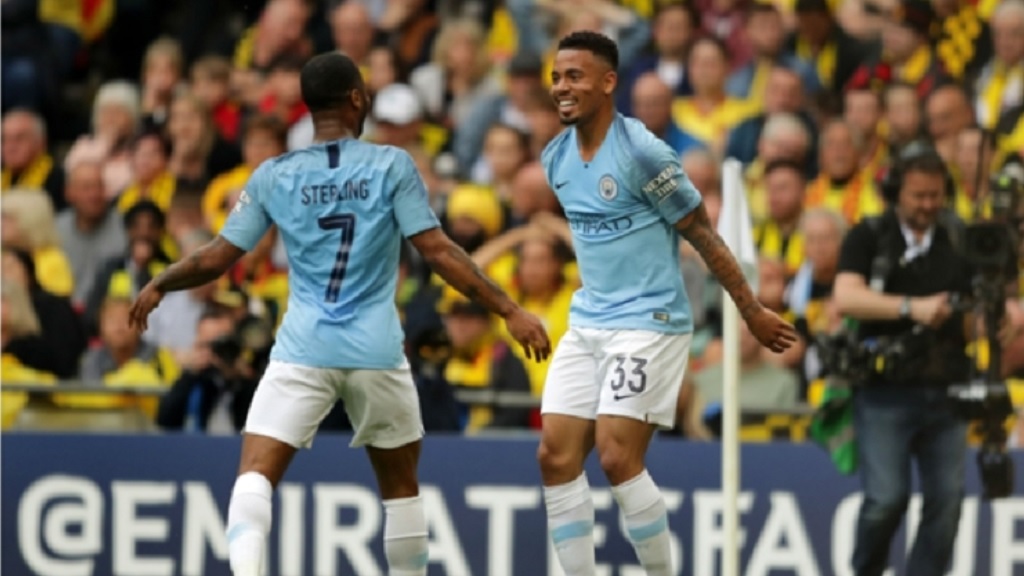 Raheem Sterling has been denied an FA Cup final hat-trick after Manchester City's second goal against Watford was officially awarded to Gabriel Jesus.

After latching onto Jesus' header on the goal-line, Sterling stuck the ball into the net at Wembley on Saturday as City went 2-0 up against Watford.

Confusion reigned, with Sterling's second-half double seemingly making him just the fourth player to score a hat-trick in an FA Cup final, and the first since Stan Mortensen in 1953.

However, after a lengthy delay, the goal has now definitively been awarded to his team-mate Jesus, who also got on the scoresheet again to complete his brace after the interval as City cruised to a rampant 6-0 victory, securing an unprecedented domestic treble.

Sterling, for his part, took the news well.

The 24-year-old had taken to Twitter to cheekily claim the goal as his own, even going so far as to thank Jesus for the assist.

"I ain't gonna redo my tweets anyway," he then tweeted in response to the FA Cup's official post.