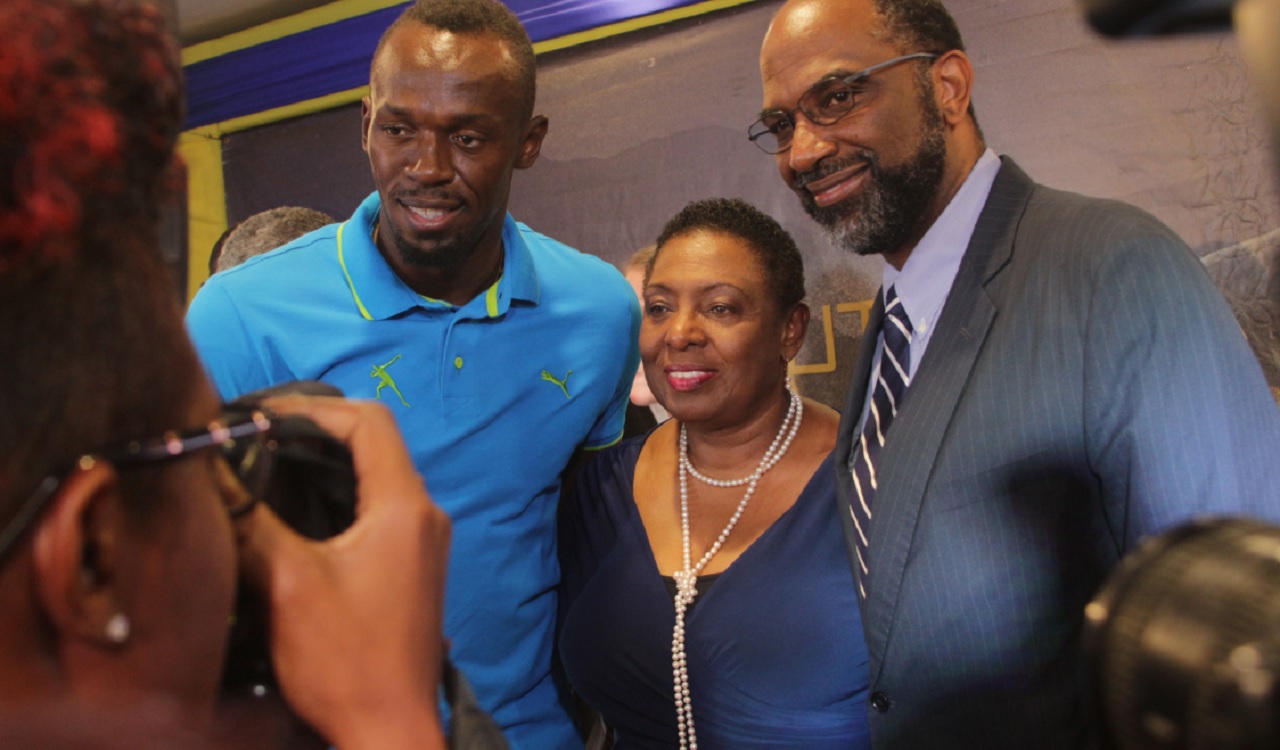 Sports Minister Olivia Grange has revealed that the eight-foot statue of legendary sprinter Usain Bolt , which was commissioned by the Government, is now ready for erection at the Independence Park Complex, which houses the National Stadium.

Minister Grange made the announcement yesterday.

The statue of Bolt is in honour of the sprint legend, who plans to retire after this summer's IAAF World Championships.

The 30-year-old Bolt has four events left before retirement — Saturday's Racers Grand Prix in Kingston, Ostrava on June 28, Monaco on July 21 and the August 4-13 World Championships in London, United Kingston.

"The Usain Bolt statue is ready. The maquette is beautiful, signed off by Usain, coach and NJ. Once they have signed off I know I'm good," said Minister Grange.

"The maquette will be available for viewing at some time. The statue is ready and will be unveil hopefully in August," Minister Grange further added.

Leading Jamaican artist and sculptor Basil Watson, who has previously sculpted a statue for sports icon Herb McKenley, is the man responsible for creating the statue.

Bolt is preparing to belatedly make his seasonal debut at the Racers Grand Prix on Saturday night at the National Stadium in Kingston when he lines up for what will be his last-ever race on Jamaican soil.

He headlines the “Salute To A Legend” 100m race and will face a very weak field following Asafa Powell’s recent withdrawal with a hamstring issue.

A stellar line-up has been compiled for Bolt's send off with Olympic champions Wayde van Niekerk, David Rudisha, Mo Farah, Christian Taylor and Allyson Felix all making the trip to pay tribute to the sport’s biggest star.

Bolt’s statue was one of four commissioned by the Government  earlier this year to be designed and created to be mounted at Independence Park..

Shelly-Ann Fraser-Pryce, Veronica Campbell-Brown and Asafa Powell are the other athletes.

Bolt and Fraser-Pryce are expected to be ready in time for the Jamaica 55 Independence celebrations in August.

Campbell-Brown and Powell's statues are expected be completed for the following year.

Firmly established as the greatest sprinter of all time, Bolt's Olympic farewell ran perfectly to script as he completed an unprecedented 'triple-triple' - three sprinting gold medals in three consecutive Olympics - by leading Jamaica to victory in the men's 4x100 metre relay final at Rio 2016.

He finished his Olympic career with a 100 per cent win record in finals.

But in January 2017, he was stripped of the 4x100m relay gold from the Beijing Games in 2008 because his teammate, Nesta Carter, was retroactively found guilty of a doping violation.