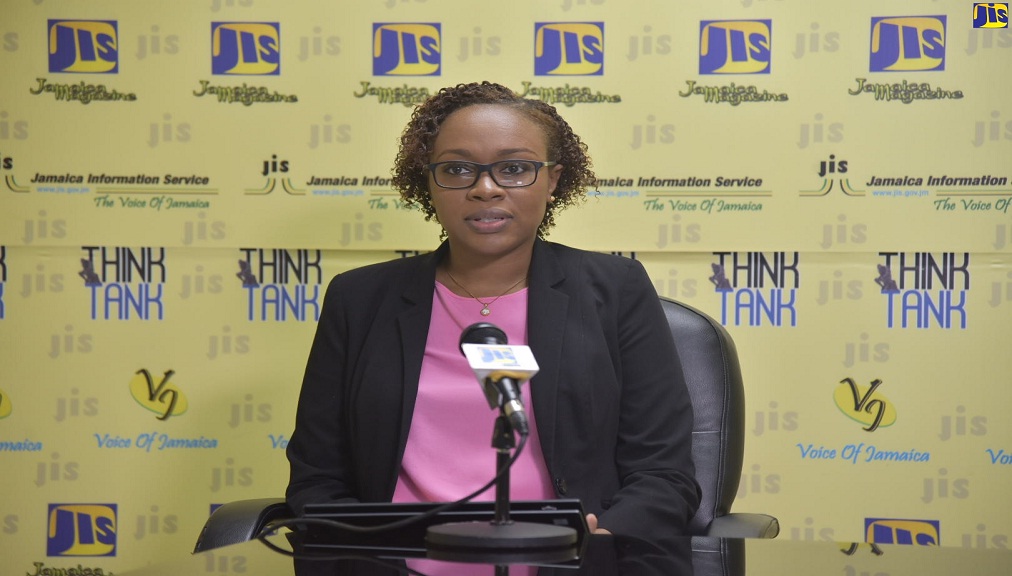 The Statistical Institute of Jamaica (STATIN) has completed a survey that was conducted in partnership with the Ministry of Health and Wellness, to collate and analyse data on Jamaicans’ knowledge, attitudes and practices in relation to the coronavirus (COVID-19).

STATIN’s Deputy Director General, Leesha Delatie-Budair, said that approximately 9,000 of the 17, 920 persons targeted participated in the exercise, which was conducted between April 30 and mid-June and formed part of the National COVID-19 Research Agenda.

She advised that the survey’s findings, which were released at the end of September, revealed that the participants were generally informed about COVID-19.

She, however, noted that there was a degree of disparity in how information was accessed across demographic groups.

She was speaking during a Jamaica Information Service (JIS) Think Tank at the agency’s head office in Kingston on Tuesday (October 13).

Regarding persons’ attitudes towards COVID-19, the Deputy Director General said the data showed that individuals generally perceived that the elderly were most at risk of contracting the virus.

Ms. Delatie-Budair said that an assessment of the economic impact of COVID-19 showed that the number of employed persons declined by approximately 270,000 since the first confirmed case of the virus on March 10.

“We also asked persons whether or not their income had been affected by any of the COVID control measures. What we saw was that… approximately 60 per cent of the persons, who were employed [indicated], that there was some reduction… either complete loss or a partial reduction in their income. We saw where this was more pervasive around males,” she noted.

She said that the report has also been presented to the Ministry of Health. “One of the things they have done is look at the implications of the findings [to determine] how best to include those in their (COVID-19) response,” she noted.

Activities under the National COVID-19 Research Agenda are being spearheaded by a team established by the Health Ministry.

The team, which comprises a wide cross section of stakeholders across government, academia and the private sector, is co-chaired by the Ministry and STATIN.