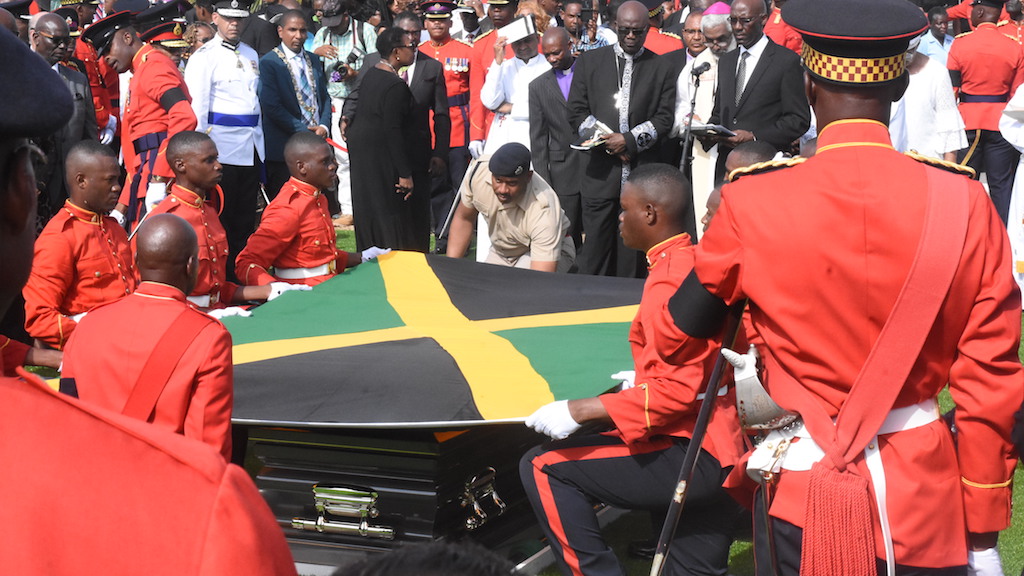 Military personnel lowering the casket with the body of former Prime Minister, Edward Seaga, into his final resting place at National Heroes Park in Kingston on Sunday. (Photos: Marlon Reid)

Former Prime Minister, Edward Seaga, was buried at the National Heroes Park in downtown Kingston on Sunday with the full slate of national honours.

It was a sombre ceremony in which the military police staff placed his casket above his grave and lowered it in slowly. 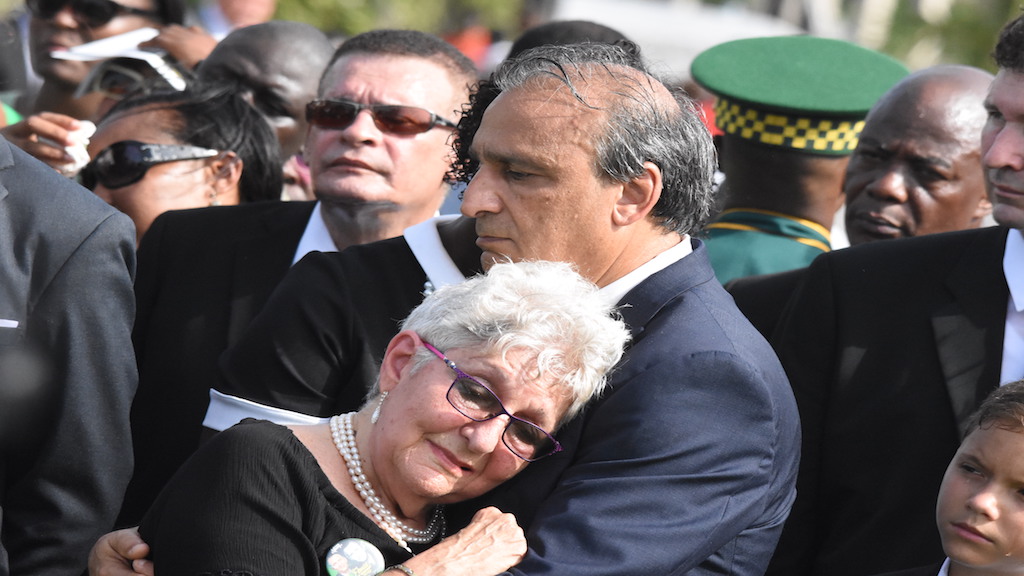 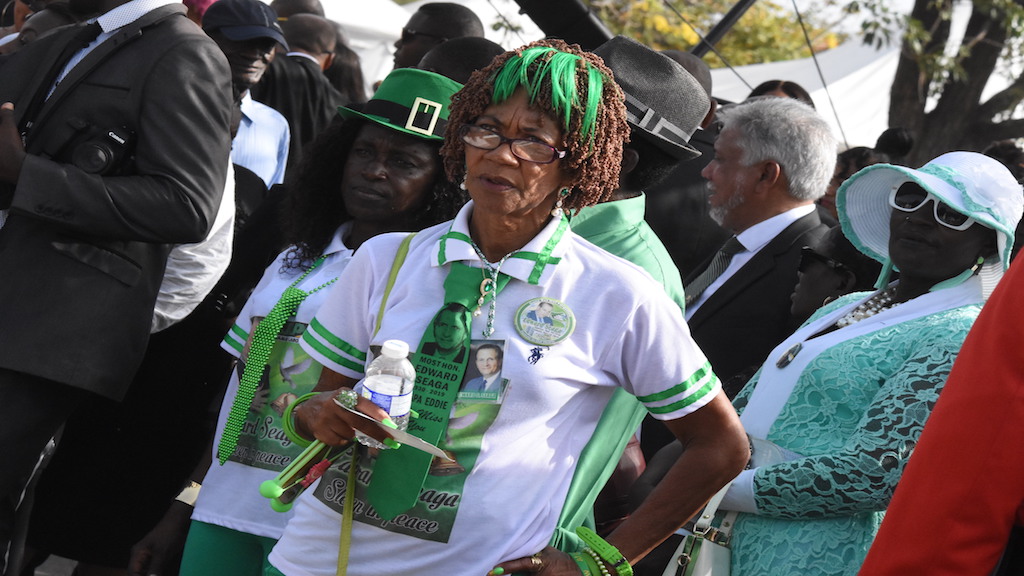 Tears rolled down the cheeks of some mourners who were close by, while a crowd that had gathered behind barriers to the north of the park, tooted horns and shouted his nickname, 'One Don'.

His remains were committed by the Reverend Robert Thompson and Bishop Herro Blair. 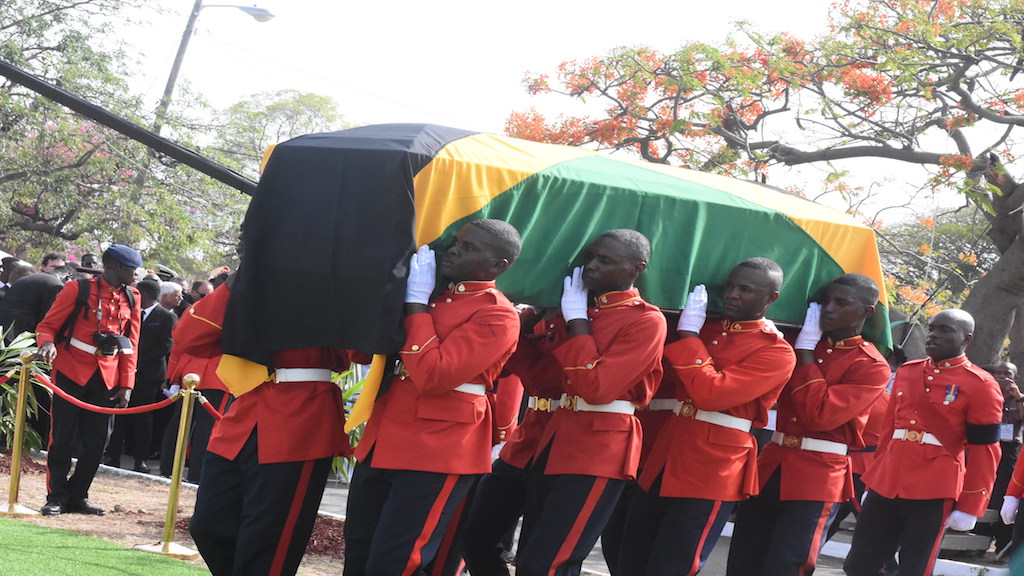 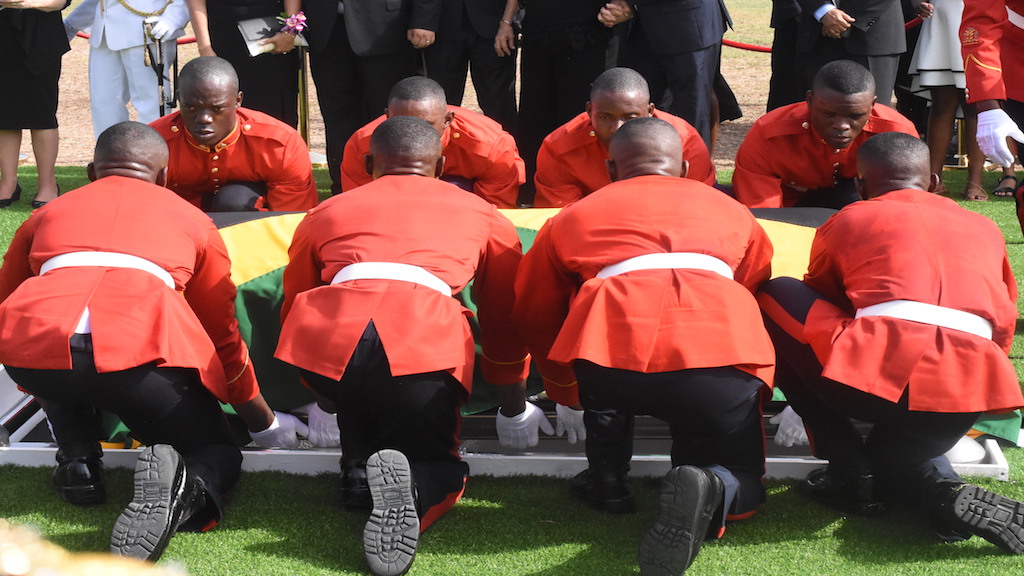 Minutes before, Jamaica Defence Force (JDF) riflemen sent off volleys of shots in a 19-gun salute for the former prime minister.

After the wreath-laying, the Jamaica Folk Singers delivered a medley of spiritual songs as the mourners milled around.