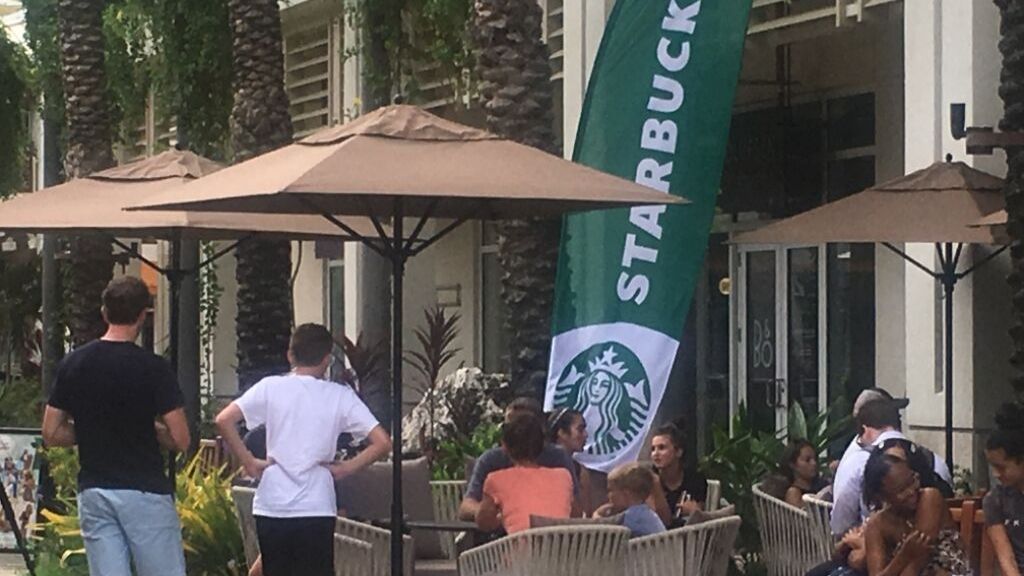 A large group of customers awaiting the opening of Starbucks in Cayman.

Caribbean Coffee Traders has opened a Starbucks location in the Cayman Islands.

It is reported that Camana Bay location is the first of four locations to be opened in Cayman over the next three years.

“We are excited for the opening of our first Grand Cayman location and look forward to the continued expansion of the brand across the island as a result of a successful business partnership between Starbucks and Caribbean Coffee Baristas Cayman Limited," Dear said in a press release.

Caymanians had been eagerly awaiting the arrival of the coffee franchise, Starbucks, for quite some time. Though there has been some controversy surrounding the island’s “new addition” it appears from the turnout at the grand opening that Starbucks may not have any trouble reeling in customers.

It was announced a while back that local business, Café del Sol, that formerly occupied the Camana Bay location of Starbucks, was being replaced. 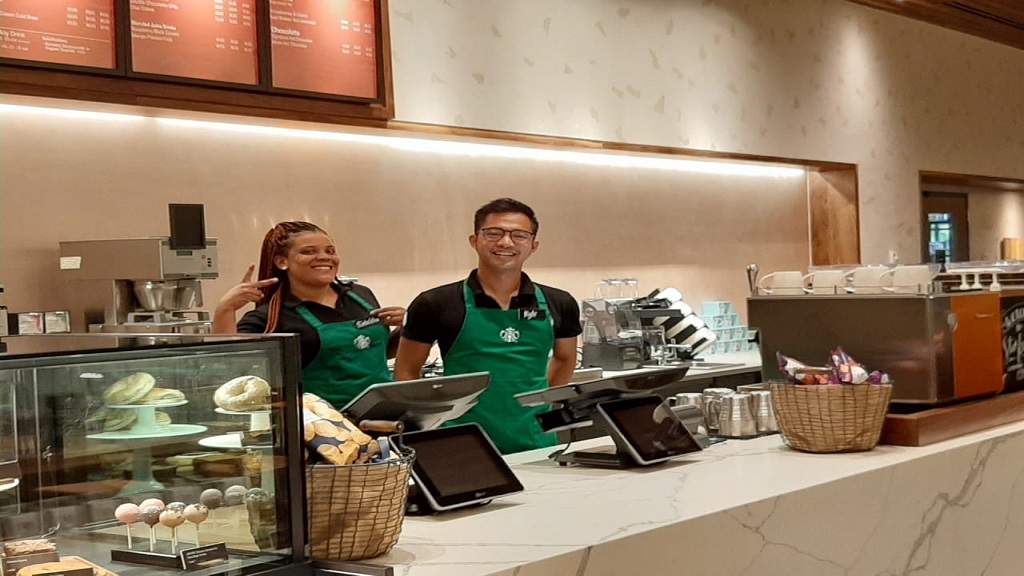 Starbucks employees in the Cayman Islands.

There was an uproar from many Caymanians regarding the new chain infiltrating the island’s economy, especially given its encroachment on the territory of a smaller, local business that had been there for a decade.

Many responded to the backlash with optimism, arguing that Starbucks would provide a new set of jobs for locals and perhaps a bit of good competition between the coffee joints.

At Thursday’s opening, reusable coffee cups were being sold for $3 KYD ($3.60 USD), in order to avoid the use of plastic.

The 1,500 square-foot space, features artwork from locally based artist Tansy Maki. It includes a hand-painted 56‑foot-wide mural showing local plants and wildlife like the bananaquit bird, ackee, orchids and breadfruit leaves, as well as, in a tribute to Cayman’s history, catboats.

Stewart had previously indicated that Caribbean Coffee Barista would also open a Starbucks in Turks and Caicos, after launching a store in Liguanea, St Andrew in July 2019.