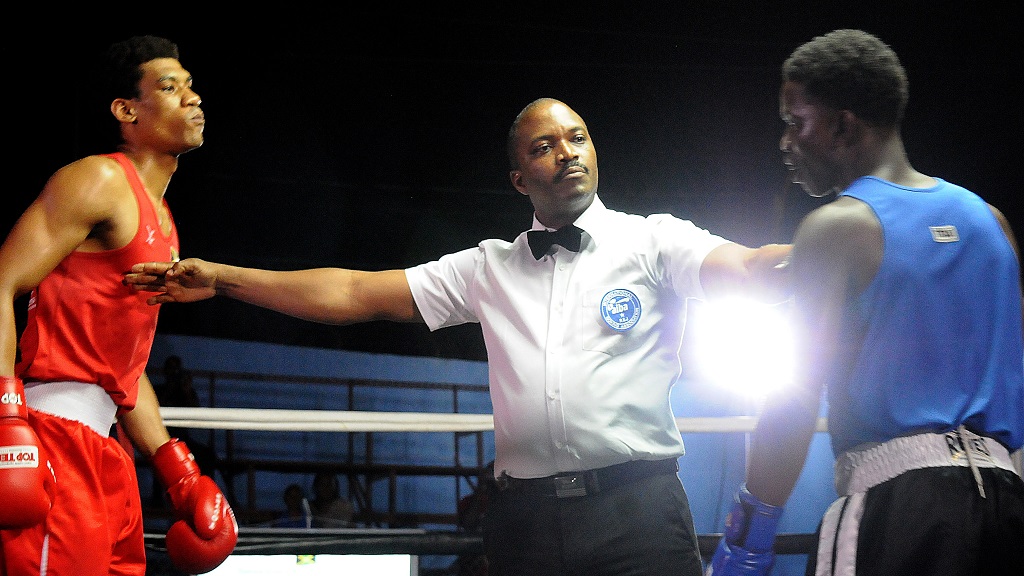 The Jamaica Boxing Board three-day championships took place at the Stanley Couch Gym in Kingston.

Stanley Couch won with 24 points, just one ahead Bruising Gym on 23 points, while the Jamaica Defence Force (JDF) finished third with 17 points.

The championships were marred by the disqualification of Canada-based Joshua Frazer in round two of the welterweight fight against Jameer Edwards of G C Foster Gym.

Frazer, the reigning champion, entered the ring as a big favourite. In a fight where both boxers were warned for hitting below the belt, Frazer was ahead of the judges' card after an aggressive first round. The aggressiveness continued in the second round where Edwards fell to the canvas midway the round and immediately referee Kevin Stupart stepped in and disqualified Frazer. It was then announced that the disqualification was as a result of unsportsmanlike conduct from Frazer.

The crowd protested the disqualification, which delayed the fight-card.

The disqualification was a big setback for Frazer, who was attempting to qualify for the Tokyo 2020 Summer Olympics.

Williams was later declared as the most outstanding boxer of the competition.

Damon O’Neil, who is based in England, won the middleweight title following an upset victory over defending champion Janathan Hanson. O'Neil won by a split decision.

Keron Gilpin of Bruising Gym won the light heavyweight title by securing a  unanimous decision over Renaldo Beckford of Oraccabessa.

Bruising Gym's Omar Campbell won the heavyweight title when Jermaine Richards of Stanley Couch retired at the end of the second round.

Juezere Heron from Stanley Couch Gym defeated Antonio Webster from Savanna-la-Mar on points to take the lightweight title in the lone novice final.