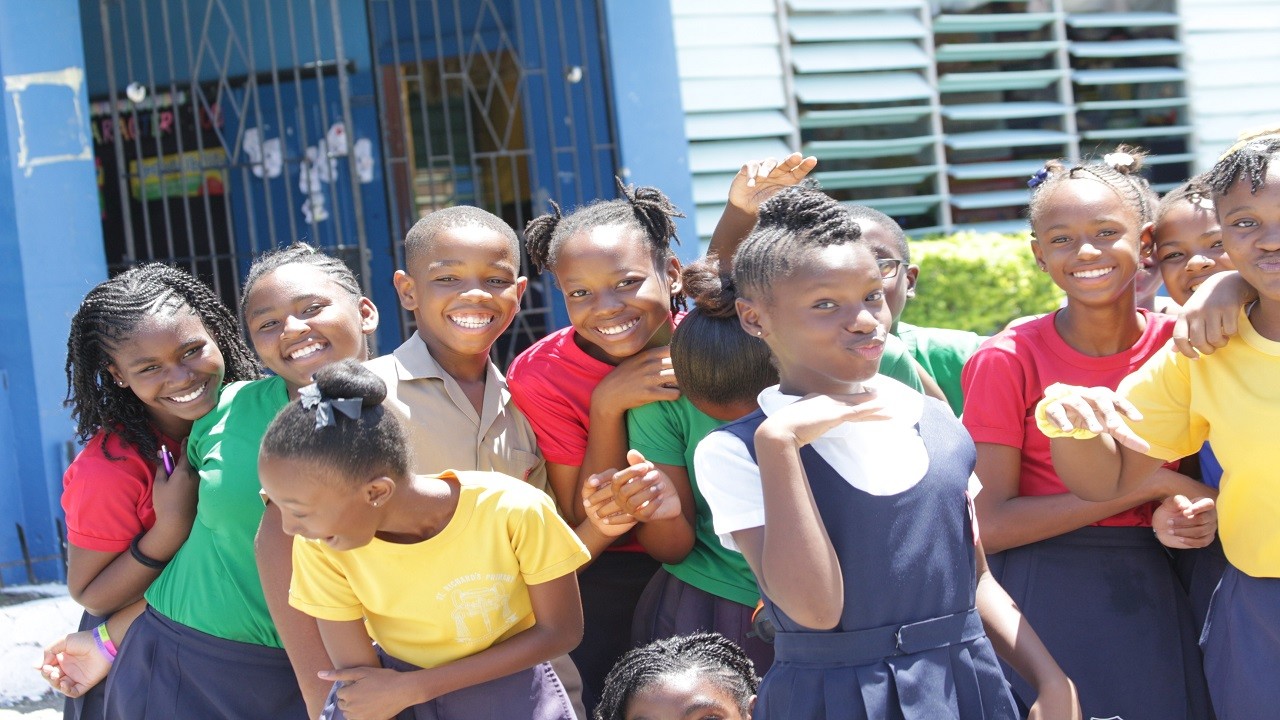 St Richard's Primary students were in a jovial mood after the release of GSAT results on Friday. (PHOTO: Marlon Reid)

The students at the Red Hills Road-based school did not perform as well in GSAT as in previous years, especially last year, but Wong expressed satisfaction with the results.

Wong said, “I am feeling good and I have asked the teachers and they said that this performance this year was expected. It wasn’t 100 percent what we had wanted, but it was very good. The children are upbeat. Some parents were here this morning (Friday) and they felt good about the results.” 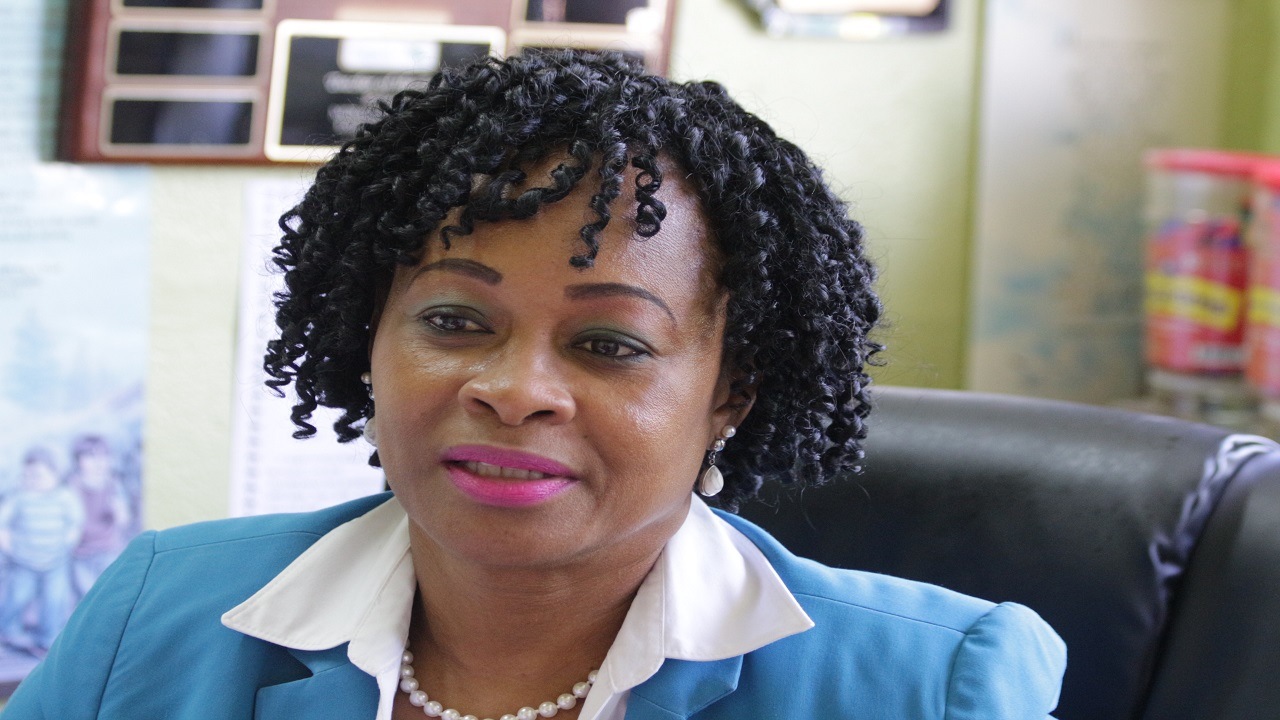 The principal was also happy that the school had students placed into a variety of traditional top-performing high schools rather than just concentrated in just a few.

“We performed much better last year than this year, but it was expected. This year, we had a wider spread. Last year we got mostly Campion and Immaculate,” Wong told Loop News, adding “This year we have a few students (who are going to attend) Campion, some Wolmer’s interspersed between that; we also got a lot of Ardennes, and we got some Meadowbrooks.”

But the principal was especially satisfied with the results against the background of the work that was needed to prepare this year’s unit.

According to Wong, the teachers faced many difficulties getting some of the students up to the high standard that the school has been accustomed to over the years. There were challenges with students failing to get the necessary resources to make their work easier, and some parents were not very supportive, she said.

“We have the few, who we as teachers, and as principal, that we had to kind of adopt in terms of getting books for them, getting the bags, and other necessary things,” Wong said.

Wong added that there were distractions for some students, and literacy and numeracy issues for others. A number of workshops, including camps, were held to counter these issues and get the students at the appropriate level.

“Overall it was a course that was shaky at times,” she said, “as the teachers had to put their nose to the grindstone and the children, they really performed as best as they could, with regards to those that we had challenges with,” Wong said.

While the scholarship recipients are not yet known, Wong believes that St Richard’s students will be among them.

Wong attributes the school’s success over the years to its holistic approach to education, which includes getting the parents and the community involved. The Roman Catholic Church also plays an important role, she said.

She said, “The church plays a vital part because, each Tuesday, we have our assembly and our resident priest, Archbishop Donald Reece, would minister to the students and they are receptive. “

Wong, however, laments St Richard’s not having a computer lab, as while she says that space is a problem, she insists the compound is still able to accommodate a lab, which is now almost a necessity in schools.”

She called on past students who are doing well to assist the school in executing this project.