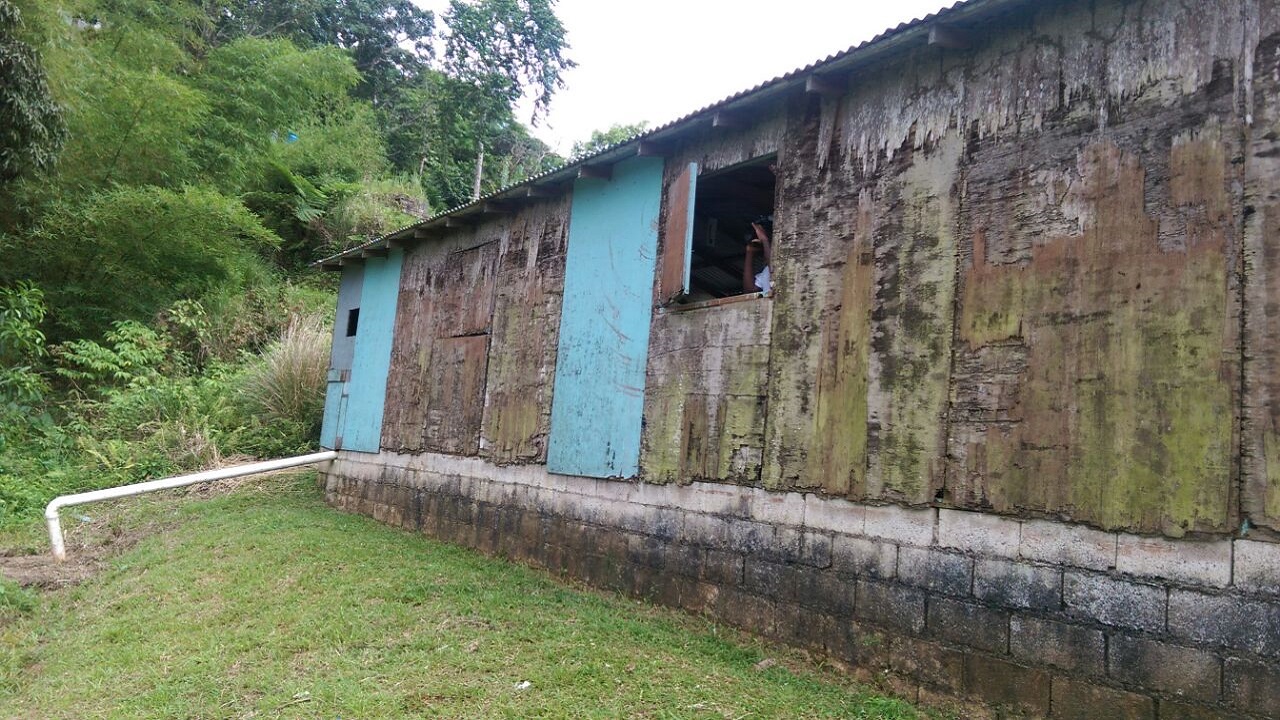 One would be hard pressed to classify the dilapidated structure standing at the foot of the hill on the border of north east St. Catherine and south east St. Mary as a school.

But alas, the surrounding communities are forced to rely on the dedicated teacher, who braves the challenges at the Lucky Hill Basic School to educate their young ones.

Given the scarce resources of the early childhood institution and the termite-infested boards that hold up the buildings, the residents have to count themselves "lucky" to have a school any at all.

Upon entering the structure even on the inside, the lush environment outside is visible through the cracks and deterioration of the boards that hold the school together.

Sandra Walters, the principal and sole teacher of Lucky Hill Basic for over 20 years is appealing for assistance.

"This school came into inception in 1962, 52 years come this September.  [I’ve] Been at this location from 2007 when they broke from a section of the church grounds,” Walters said.

“With the church not paying taxes we can't apply for water from the NWC because they need tax payers,” added Walters.

“So we are asking for assistance from corporate Jamaica to even tile the floor, kitchen and bathroom needs fixture and if we can't get a solid structure, we are seeking new ply boards.”

The school can hold up to 40 students but due to the infrastructure the parents are sending them elsewhere.

"It's a disgrace I have been living in this area for over 52 years and product of this school. It’s really bad, there is no light, no water and the infrastructure needs fixing,” said resident Jacqueline Bennett.

Bennett explained that the school also serves as a polling station and disaster shelter.

“If anything happen to a resident with their home, this is where they come. Even when it's used as polling stations is candles or bottle torch have to be used", said Bennett.

"I must say thanks to the St. Catherine Parish Council for coming on board and assisting with materials and also two independent persons in Florida and Philadelphia, who will be donating cash,” he said.

A pipe will be run on the property, to allow for direct water from the National Water Commission, volunteers will lay wires for electricity and change at least 20 ply boards to prevent termite infestation. Two doors and five windows will also be replaced, said Councillor Kirlew.

"There is an elderly person in Glengoffe, who is having major leaks and we intend to replace some of the zincs at the most affected sections. We cannot complete all but at least the worse affected will be changed," he added.

The projects will be carried out by a team from the parish council, community members and also a 15 member work team from Councillor Kirlew.