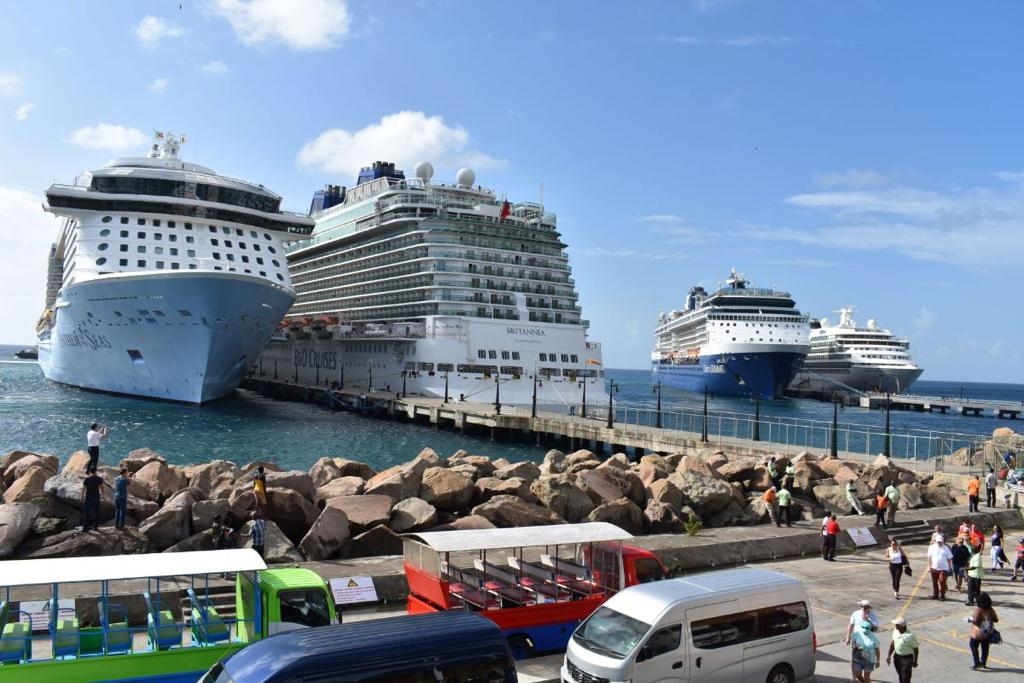 The Federation of St Kitts and Nevis is celebrating yet another feat, as four cruise ships transported thousands of visitors to the island on Christmas Eve.

A statement from the governments information service said the second cruise pier at Port Zante continues to attract more cruise lines as the harbour is now capable of berthing more ships.

On Tuesday four ships, the Freedom of the Seas, the Crown Princess, the MS Insignia and the MS Veendam, docked at Port Zante, carrying a combined total of 13,025 passengers and crew to the island. This was further evidence of the tremendous boom in cruise tourism that St Kitts has experienced over the last five years. During the 2017-2018 and 2018-2019 cruise seasons, the number of passengers well exceeded the one million mark.

Minister of Tourism, Lindsay Grant, said the tourism sector continues to play a vital role in the overall development of the twin island federation. He said tourism is recognised as one of the largest contributors to gross domestic product, and the sector responsible for the greatest employment figures in the country.

While making his contribution to the 2020 budget debate, Grant said according to the World Travel and Tourism Council's 2019 Economic Impact Report for St Kitts and Nevis, the total contribution of travel and tourism to the GDP in 2018 was US$634.5 million.

“Directly and indirectly, tourism provides approximately 15,000 jobs or 59.9 per cent of total employment in St. Kitts and Nevis. Mr Speaker, this is a clear indication that the strategies for tourism infrastructure and product development, as well as marketing strategies being implemented by this Team Unity Government have been successful in yielding positive and impactful results,” he said.

Grant stated that taxi and tour operators, craft vendors, shop owners and other tourism-related businesses will be kept busy over the Christmas and Carnival seasons, as several other ships are expected to visit the island.