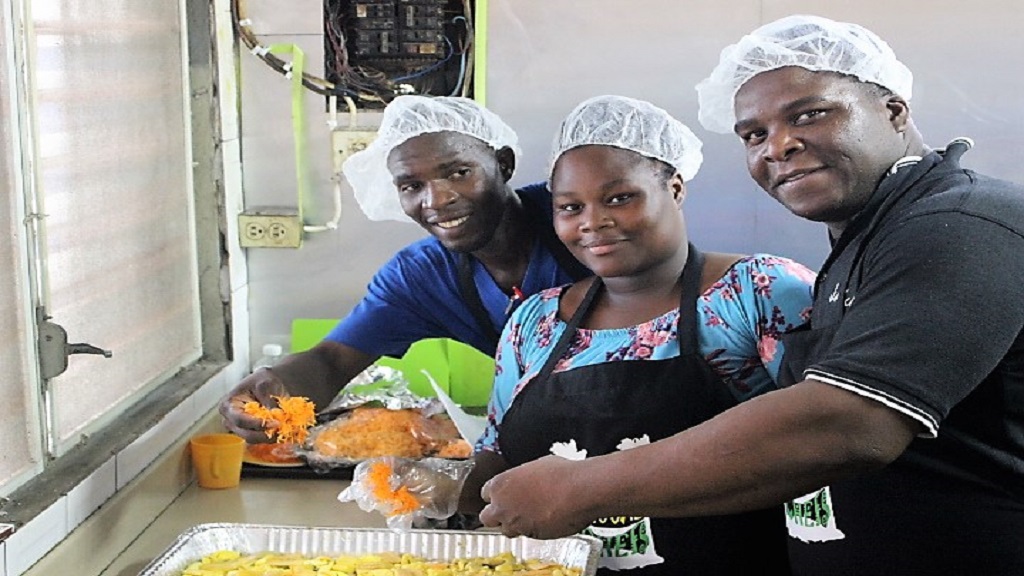 Organised by Mission:FoodPossible (M:FP), the training sessions raised awareness about food security, shared recipes of nutritious meals that can be prepared on a low budget with produce such as callaloo, ackee, and breadfruit.

Canteen staff, parents and teachers of the St John’s Primary School in Spanish Town, St Catherine, were recently trained on how to make creative, nutritional and low-budget meals for students.

Organised by Mission:FoodPossible (M:FP), the training sessions raised awareness about food security, shared recipes of nutritious meals that can be prepared on a low budget with produce such as callaloo, ackee, and breadfruit.

The two-day training which formed part of Mission:FoodPossible  2018 was piloted at the St. John’s Primary School on October 18th and 19th, a few days after the observance of World Food Day.

In order to achieve a more impactful project, Ivey and his team from The Reggae Chefs (TRC) and The League of International Chefs Association (TLICA) added another component to M:FP for 2018—the creation of the ‘Most Valuable Produce’ (MVP) scoring guide to determine what crops are considered the most valuable. 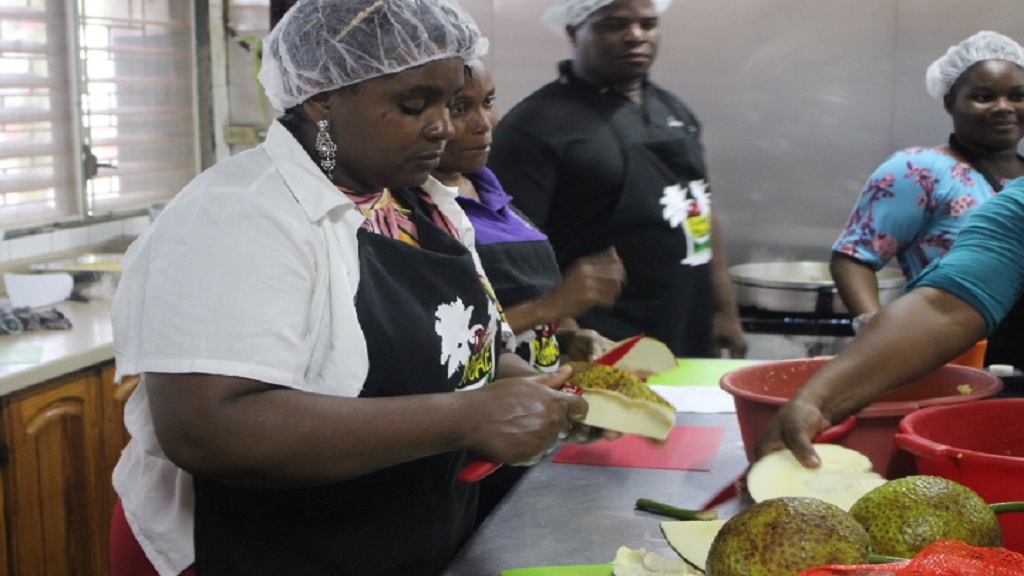 Participants of the training session learn to utilise local crops in their meal preparation.

“My co-trainer, Chef Patrice Harris-Henry, and I believe that this training stands on three pillars: to educate the community, empower the community and sustain our community. We are empowering the community with our MVP scoring guide which will ensure that those who are food insecure understand how to better access and utilise Jamaica’s indigenous foods in creative ways,” Ivey said.

Participants were also given an opportunity to share their views on the training received during the closing ceremony. 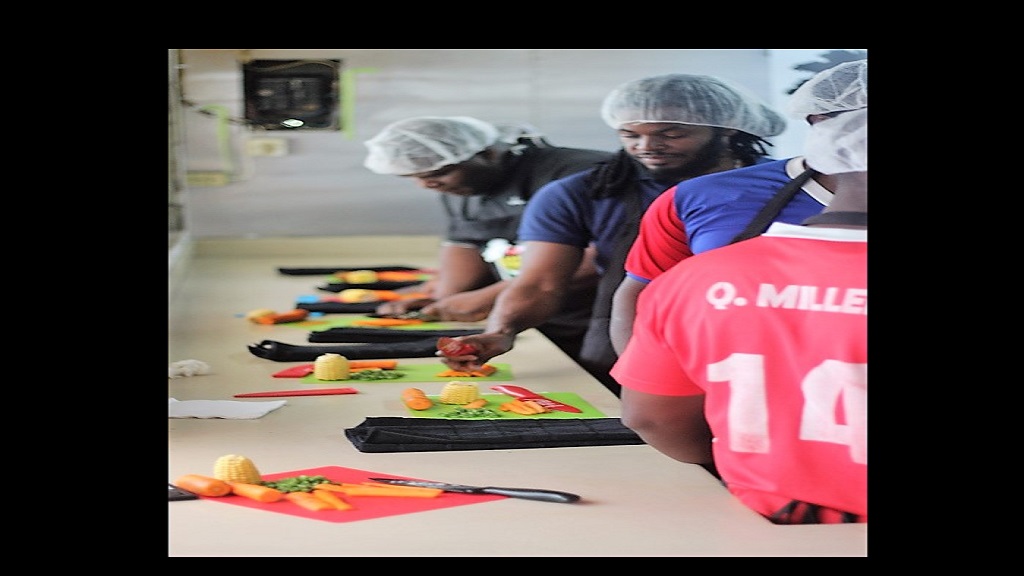 Some 16 canteen workers at St John's Primary participated in the session.

She went on to describe the significance placed on the course by her mother, who she said went home to study after day one in preparation for her quiz and carried out further research on YouTube based on what was taught.

She closed by saying that her mother and the other 15 canteen workers (who were trained) could now proudly display their certificates on their walls as a result of participating in this valuable training. 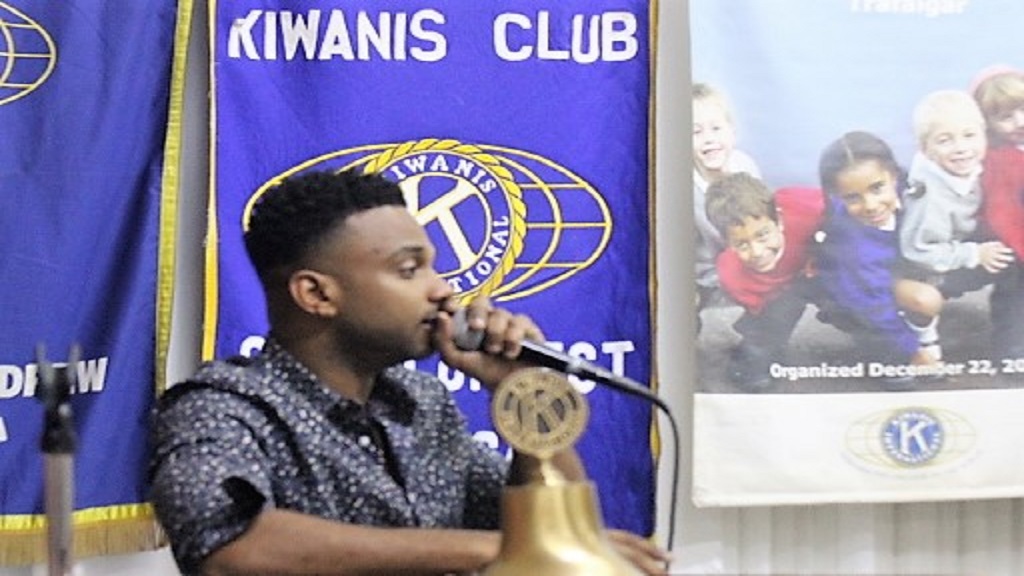 In an effort to raise awareness about food insecurity to the wider community, Ivey also presented this timely project to 200 people at a Mission:FoodPossible Square Table Talk organised by the Kiwanis Club of North St. Andrew on October 18.

“Presenting the project in Kingston, which represents the pulse of Jamaica and the Caribbean, made a strong case for the importance of M:FP in addressing this global scourge of food insecurity, especially among our children,” Ivey said.

“The format of the meeting allowed us to answer numerous questions from the audience, and I believe we successfully conveyed the need for the agricultural industry as well as those involved in the food industry to creatively use local foods to tackle food insecurity and poverty.”

Chef Ivey and the Mission:FoodPossible team will also establish a food garden at St John’s Primary to help sustain the programme.

M:FP which had its genesis in 2017 and fed 600 beneficiaries with these chef-inspired meals. Realizing the importance of agriculture in the fight against hunger and food insecurity, M:FP partnered with local farmers whose excess crops were utilized in a bid to minimize food wastage and loss.

It is Ivey’s hope that M:FP will be replicated across the Caribbean and the rest of the world in a bid to remove the shame experienced by people, especially those most affected by hunger and food insecurity.