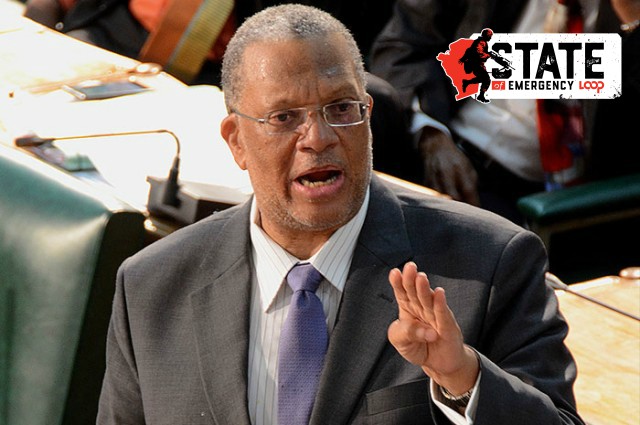 When the House of Representatives meets next Tuesday, May 1, high on the agenda will be another extension of the state of emergency in St James.

The emergency measure that was imposed on January 18 for an initial two weeks after the parish had a record 335 murders in 2017, has already been extended until May 2.

A state of emergency was also imposed in St Catherine North on March 18, and has been extended until July 3. In both instances, parliamentary approval was needed for the extension to take place.

However, the parliamentary opposition has signalled that it will not be supporting such extensions in perpetuity.

Opposition Leader, Dr Peter Phillips, is insisting that the Government should produce a plan to enable “normal policing to contain crime in St James and the other parts of the country”.

In addressing a press conference at the People’s National Party (PNP) headquarters in St Andrew on Thursday morning, Phillips said: “I think that the Government should hear and hear clearly, that we are not prepared to extend beyond the current request unless there are some overwhelming reasons presented for the consideration of the public.”

According to him, the St Andrew South Police Division has recorded a 50 per cent increase in murders, while the parish of Westmoreland has also seen an upsurge in homicides.

“We don’t think it is sound policy to have this concentration in two areas while the citizens in the rest of the country are facing this intolerable increase in the levels of crimes,” Phillips indicated.

He posited that the “framers of the Constitution did not intend for a State of Public Emergency to be employed over a lengthy period of time.”

In elaborating on his position, Phillips said: “That is why there is the provision for a two-week declaration in the first instance, and an extension only by periods of 30 days. These are enormous powers that are provided for in a matter highlighted perhaps most strikingly by the so-called Keith Clarke issue. The security forces have tremendous powers in circumstances like this.”

Clarke, a chartered accountant, was shot and killed by members of the Jamaica Defence Force (JDF) during what the security forces said was an ‘intelligence-driven” operation that led them to Clarke’s home on Kirkland Close in the Red Hills community in upper St Andrew in May 2010 during a state of emergency.

The army was on the hunt for the country’s then most wanted fugitive, Tivoli Garden’s strongman, Christopher ‘Dudus’ Coke.

Phillips said the Opposition had great concerns about the extent to which these powers are being employed “in a way that negatively affects the rights of thousands of young men in particular, in various parts of the country.”

Elaborating, he said: “At the same time, we are not intending to place the security forces in an intolerable position by simply removing the state of emergency by virtue of the action of the operation.”