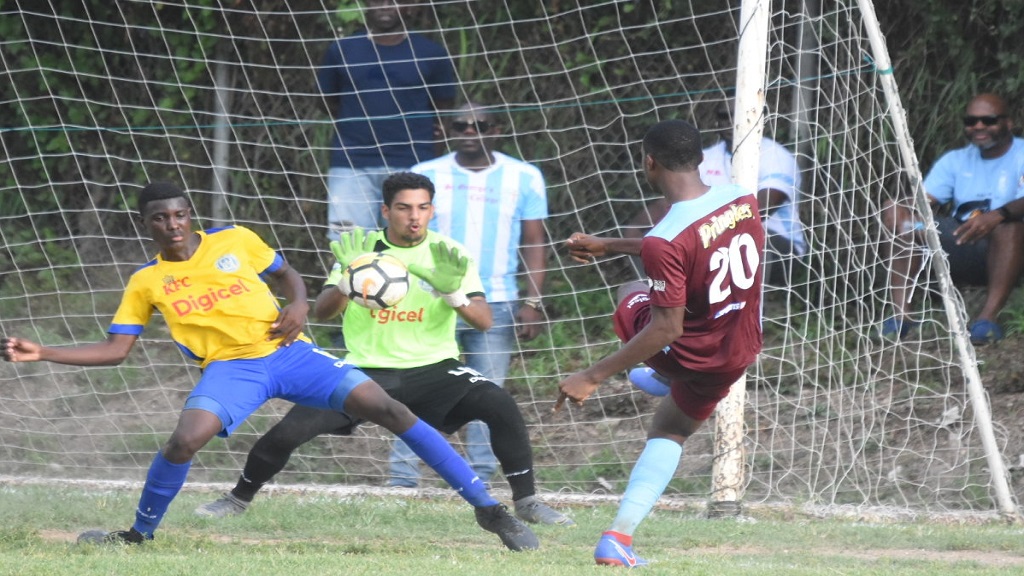 Last year's beaten finalists St George's College secured a 5-1 victory at Ardenne High on Saturday to hold on to their early lead in Group F of the ISSA/Digicel Manning Cup football competition.

Defending champions Kingston College (KC) also made it two wins from two matches with a 5-0 victory at Pembroke Hall to move to maximum six points in Group G.

Excelsior had lost 4-0 to KC on the opening day of the season last Saturday in Montego Bay.

It was the second straight victory for STATHS, which moved to maximum six points to remain atop the group courtesy of goal difference.

Second-place St Catherine High also secured a big victory with an 8-1 triumph over Oberlin High at the Golden Spring Field.

It was the second straight draw for Lennon High, which had held Clarendon College to a surprising 1-1 scoreline last Saturday.

Munro now moved to eight points from four games to lead the group by a point ahead of STETHS (seven), which have played a game less.

Manchester High, led by a double from Zandrian Barnes, blanked visitors Mile Gully 5-0 for their third straight victory to lead Group F with maximum nine points, three ahead of second-place Belair, which moved to six points from two games after a 2-0 win at B.B. Coke High School.

Kimani Edwards scored a hat-trick for Seaforth High as they won 5-4 at Robert Lightbourne High School to remain in the lead in Group O with maximum nine points, two clear of second-place Paul Bogle High, which had a 1-1 result at St Thomas Technical High.