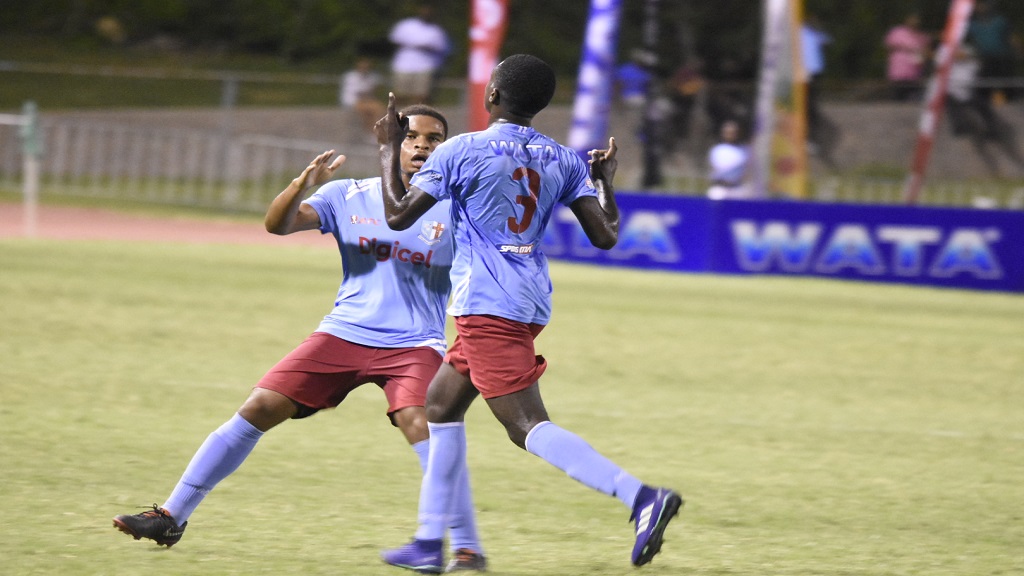 Taylor secured his goals in the 57th minute and 90+1 minute to complete the rout and put St George’s College into the semi-finals of the fifth edition of the competition.

This was the third meeting between the teams as they were drawn in the same Digicel Manning Cup preliminary round group. The teams battled to a 1-1 scoreline on September 25 at Winchester Park and 14 days later they also played to a 1-1 draw at STATHS.

JC, the inaugural champion of the competition in 2014 when it was named Super Cup before rebranded this season to Champions Cup, dominated the action but failed to convert many of the chances they created.

JC and St George’s College will be joined in the semi-finals by rural area teams St Elizabeth Technical High School (STETHS) and Cornwall College, who both eliminated urban area schools at the Montego Bay Sports Complex.

STETHS defeated Charlie Smith 2-1 in the first game of the doubleheader and Cornwall College blanked Camperdown High 2-0 in the night game.

The Grand Finale is scheduled for Saturday, November 24.