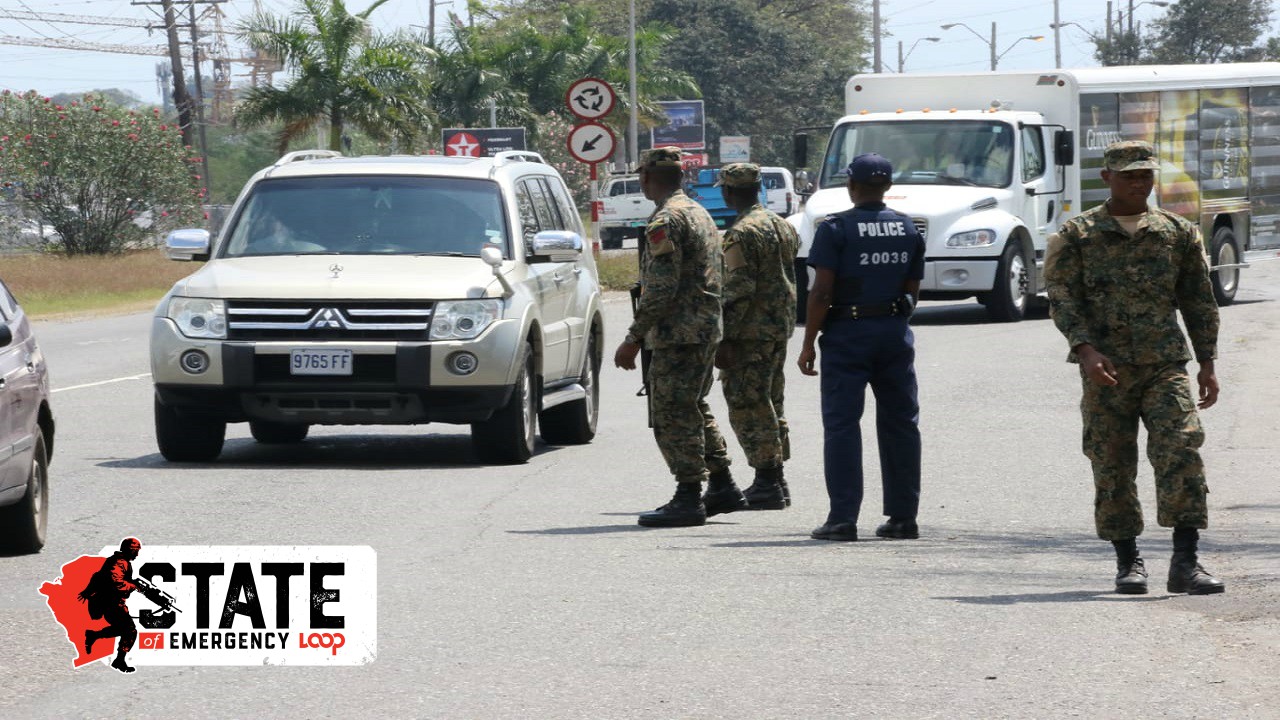 Members of the security forces conduct spot checks in Spanish Town, St Catherine, where a state of emergency is now in place.

The parliament has voted to extend the State of Public Emergency that was imposed in the St Catherine North Police Division in March, until July 3.

In justifying the extension, Prime Minister Andrew Holness told the House of Representatives on Tuesday, that since the emergency powers were imposed, there have been no murders or other serious crimes committed in the division. Prior to the declaration of the State of Public Emergency, some 48 murders were committed in St Catherine North between January 1 and 17, the most for any division or parish in the country.

Those murders were largely blamed on the infighting between members of the notorious Clansman gang for the lucrative extortion racket in Spanish Town, Linstead, Bog Walk and  other towns.

In pointing to the early successes of the emergency measures so far, the Prime Minister said the security forces must be given the latitude to maintain and continue their actions. He conceded that there will be some inconvenience within the designated area but said “we are asking for the continued understanding and cooperation of all Jamaicans particularly those most affected.”

However, while the parliamentary Opposition gave its support to the extension, it cautioned that emergency powers alone would not solve the country’s crime problem. Opposition Spokesman on National Security, Fitz Jackson, said they would not be enough to reduce the country’s murder rate.

And Opposition Leader Dr Peter Phillips urged the Government to ensure that the rights of Jamaicans were not breached during the ongoing States of Emergency. He argued that regardless of the treatment meted out to them by members of the security forces, persons who have been detained and released will view it as an “infringement of their rights.”

Dr Phillips said that according to reports he has received, some 1,230 people have been detained in St. James up to March 22.  Of that number, he said 142 have been charged with various offences.

In the one week since the imposition of the State of Emergency in the St Catherine North division, Phillips said some 719 people have been detained with 29 being charged.

In the meantime, the Prime Minister noted that there has been a 70 per cent decline in murders in St James since the State of Public Emergency was imposed in the parish on January 18.