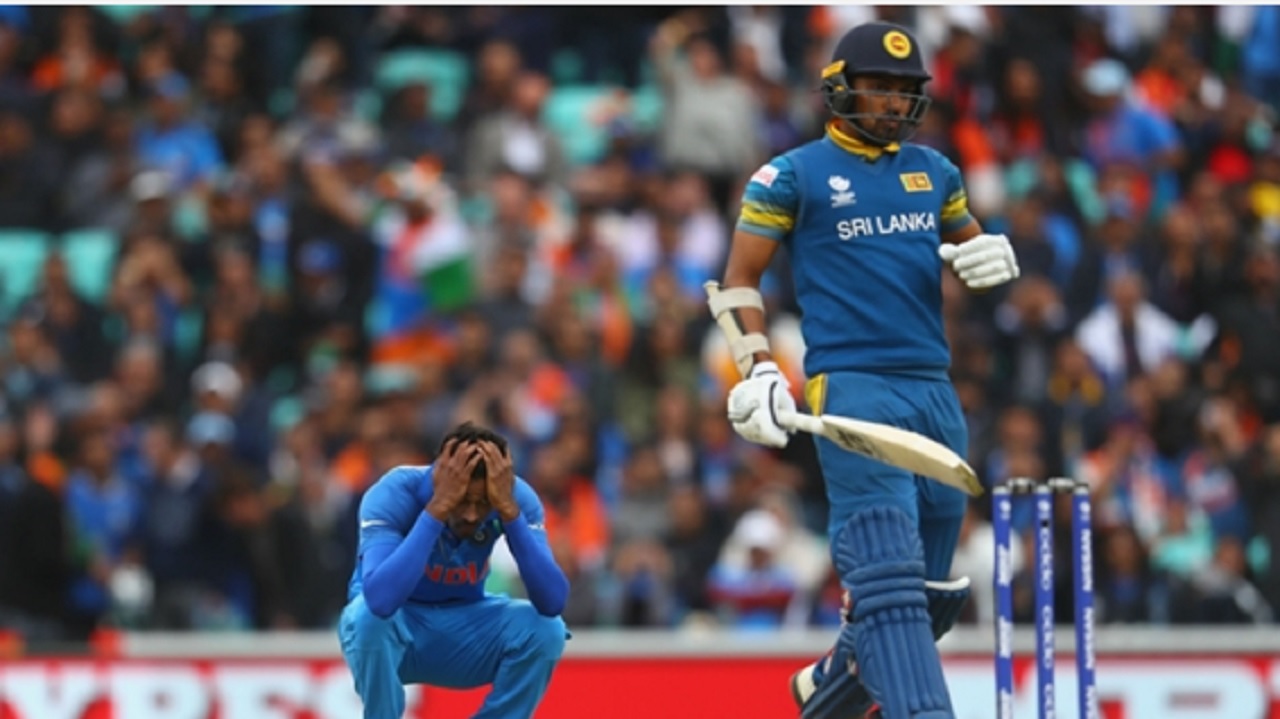 Sri Lanka blew the ICC Champions Trophy wide open with a record-breaking seven-wicket win over India at The Oval on Thursday.

A brilliantly paced chase from Angelo Mathews' side saw them knock off 322 with eight balls to spare, the largest successful chase in The Oval's One-Day International (ODI) history.

As a result, each side in Group B has two points with a game to play. Sri Lanka will face Pakistan, while India must beat South Africa to keep their hopes of retaining the trophy alive.

Rohit Sharma (78) and MS Dhoni (63) enjoyed fruitful unions with Dhawan as India posted 321-6 after being inserted by Sri Lanka captain Mathews, returning from a calf injury.

However, in a tournament that has been filled with one-sided thrashings and washouts, Sri Lanka bucked the trend brilliantly.

Danushka Gunathilaka (76) and Kusal Mendis (89) added 159 runs for the second Sri Lankan wicket, before both were run out, but Mathews (52 not out), Kusal Perera (47) and Asela Gunaratne (34no) maintained the momentum to secure a famous victory.

That India-South Africa meeting back in London will feature both AB de Villiers and Virat Kohli looking to bounce back from scoring nought - the India captain lasted just five balls here before nicking off to Nuwan Pradeep (1-73), registering an ODI duck for the first time since August 2014 against England in Cardiff.

Kohli's misfire initially seemed benign as Dhawan and Rohit had piled on 138 for the opening wicket, the latter hitting six fours and three sixes before sending a Lasith Malinga (2-70) bouncer straight down long leg's throat.

Malinga also accounted for Dhawan as the left-hander swung lustily to long on after a powerful performance.

Watch all of the best shots from the @BCCI innings which was highlighted by a magnificent century to @SDhawan #INDvSL #CT17 pic.twitter.com/OTHXg8p8Da

Yuvraj Singh (7) and Hardik Pandya (9) joined Kohli in contributing little with the bat, but Dhoni was at his thrilling best, smashing 63 from 51 balls before attacking his 52nd with a trademark 'helicopter' shot that ended up caught at long off in the final over.

Despite facing a challenge based in uncharted territory in ODIs, Sri Lanka silenced the vast swathes of India fans with a dazzling performance.

But Sri Lanka once again responded, with Mathews and Perera keeping up the run-a-ball pace, until the latter had to retire hurt with a hamstring injury on 47.

Mathews reached a 33rd ODI fifty with a glorious straight drive before flipping the next ball into the leg side to equal their highest run-chase and secure a monumental triumph.