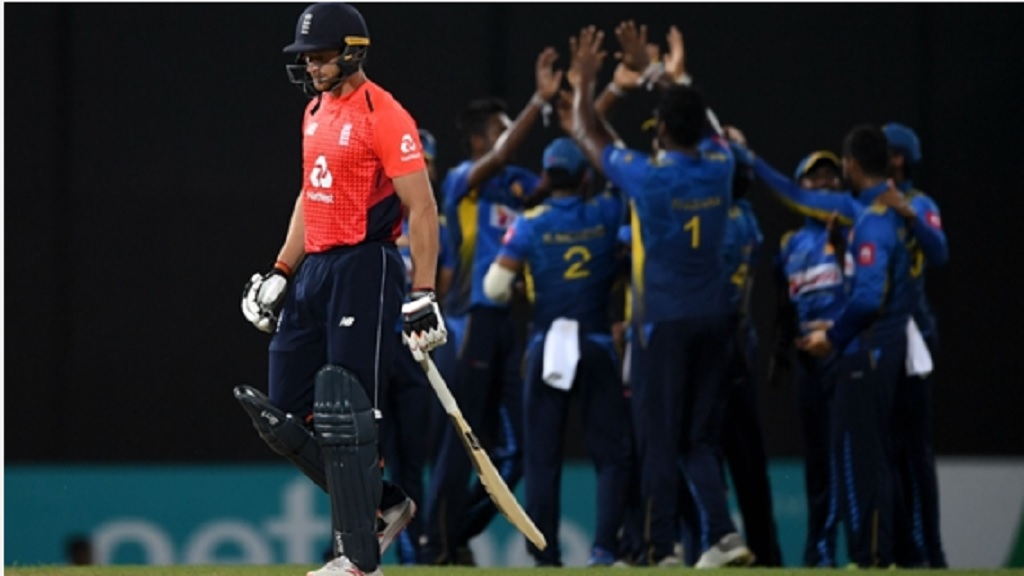 Sri Lanka inflicted England's heaviest One-Day International (ODI) loss after coming out on top by 219 runs on the DLS method in the fifth and final match in Colombo on Tuesday.

The result surpasses 165-run defeats for England – who trailed by 234 with one wicket in hand when a downpour brought a premature end to proceedings – against West Indies and Pakistan in 1994 and 2005 respectively.

Niroshan Dickwella (95 off 97 balls) and Dinesh Chandimal (80 off 73) fell short of centuries but all of Sri Lanka's top four surpassed 50 for just the third time in the same innings, helping set an imposing target of 367.

Jos Buttler, who captained England in the absence of Eoin Morgan, went for a two-ball duck as England were reduced to 3-4 after just 10 balls, and a fifty from an injury-hit Ben Stokes (67) was not enough to stave off an unprecedented loss.

In the absence of Chris Woakes, Sam Curran's hopes of boosting his stake for a World Cup spot hit an early setback when he was sent to the boundary four times in just his second over, with Sadeera Samarawickrama (54) plundering three straight fours.

Samarawickrama and Dickwella scored at frightening pace, but Moeen Ali (2-57) ended their 137-run union without even realising when his delivery clipped the former's off-bail.

Chandimal produced his best ODI knock in over two years after England twice wasted opportunities to get him out early – Tom Curran and Mark Wood both guilty of dropping catches.

Moeen was the unfortunate bowler on both occasions and while he had Dickwella taken at backward point off his next delivery, Kusal Mendis (56) made sure momentum was not lost with a 30-ball fifty.

The writing appeared on the wall when Jason Roy (4), Alex Hales (0) and Buttler fell early, while Joe Root, who left the field in the first innings with a thumb injury, made just 10.

A 79-run partnership between Moeen (37) and Stokes provided the tourists with a glimmer of hope, despite the latter receiving regular treatment as he soldiered on through the pain.

However, Moeen was removed when he ballooned the brilliant Akila Dananjaya (4-19) to a diving Chandimal at short cover.

Defeat for England seemed guaranteed when Stokes holed out to long-on and umpire Aleem Dar ran off the field with his finger aloft ahead of the downpour following Liam Plunkett's unsuccessful lbw review, the torrential rain putting the tourists out of their misery.