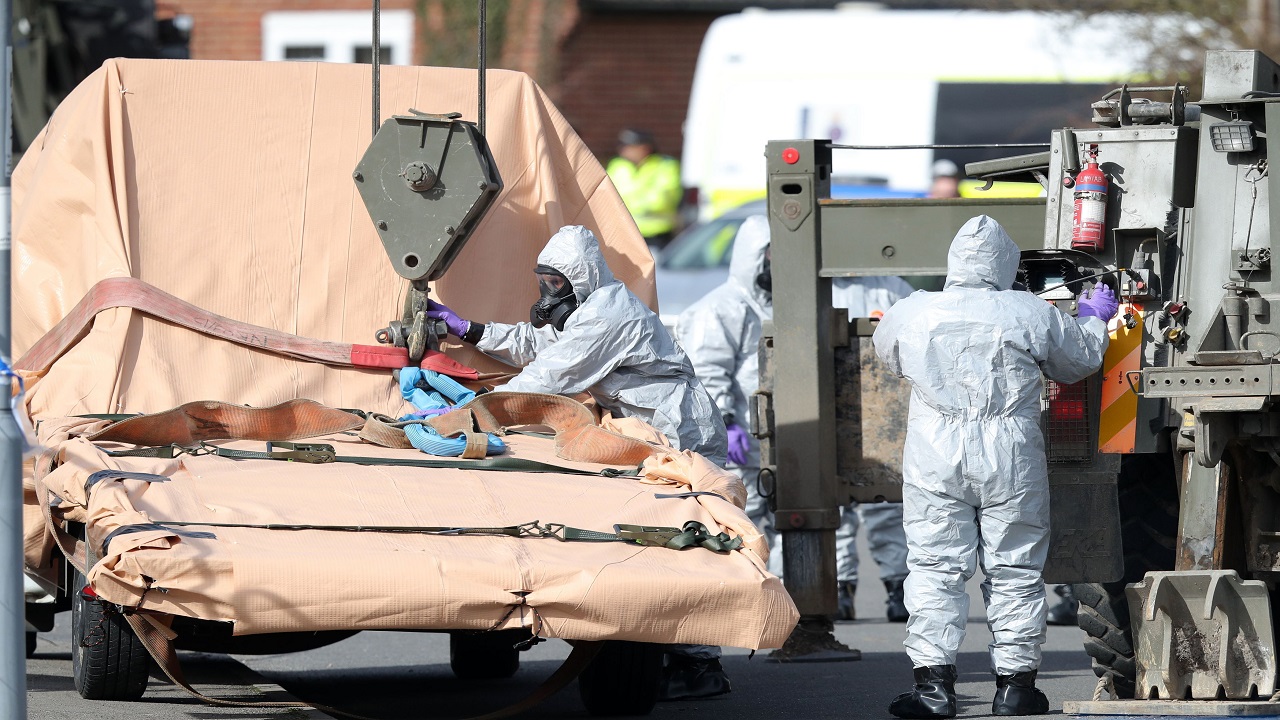 The leaders of the United States, France and Germany joined Britain on Thursday in blaming Russia for poisoning a former spy with a powerful nerve agent, calling the attack "the first offensive use of a nerve agent in Europe since the Second World War".

They said Russia's failure to respond to Britain's "legitimate request" for an explanation "further underlines its responsibility". The leaders said the use of a chemical weapon is "an assault on UK sovereignty" and "a breach of international law".

The statement is the fruit of British efforts to enlist international support as it tries to hold Russia accountable for the 4 March attack in the city of Salisbury that left former Russian double agent Sergei Skripal and his daughter Yulia in critical condition and a British police officer seriously ill.

UK-Russia relations have plunged to Cold War-era levels of iciness since the poisoning. May on Wednesday expelled 23 Russian diplomats, severed high-level contacts with Moscow and vowed both open and covert actions following the attack.

Russia denies being the source of the nerve agent that poisoned the Skripals. Dmitry Peskov, the Kremlin spokesman, said Russia was "worried by this situation" and would work to express its position on the international stage.

Lavrov, in remarks carried by the RIA Novosti news agency, said the move would come "soon," but added that Moscow would inform London through official channels before publicly announcing its countermeasures.

May announced the sanctions against Russia in the House of Commons after Moscow ignored a deadline to explain its links to the attack on the Skripals. As a result of the suspension of high-level contacts with Russia, Britain canceled an invitation for Lavrov to visit. British ministers and royals also won't attend the World Cup soccer tournament this summer in Russia, May said.

May said that Britain would also clamp down on murky Russian money and strengthen the government's ability to impose sanctions on those who abuse human rights, though she gave few details.

Britain is also trying to build a unified Western response, saying the attack in Salisbury is just the latest example of Russia's disregard for international norms on the rule of law.

In their joint statement, Trump, Macron, Merkel and May cited "a pattern of earlier irresponsible Russian behaviour" and called on Russia to disclose details of its Novichok nerve agent program to the Organization for the Prohibition of Chemical Weapons.

"We call on Russia to live up to its responsibilities as a member of the UN Security Council to uphold international peace and security," they said. The leaders did not say what, if any, actions they would take if Russia does not comply.