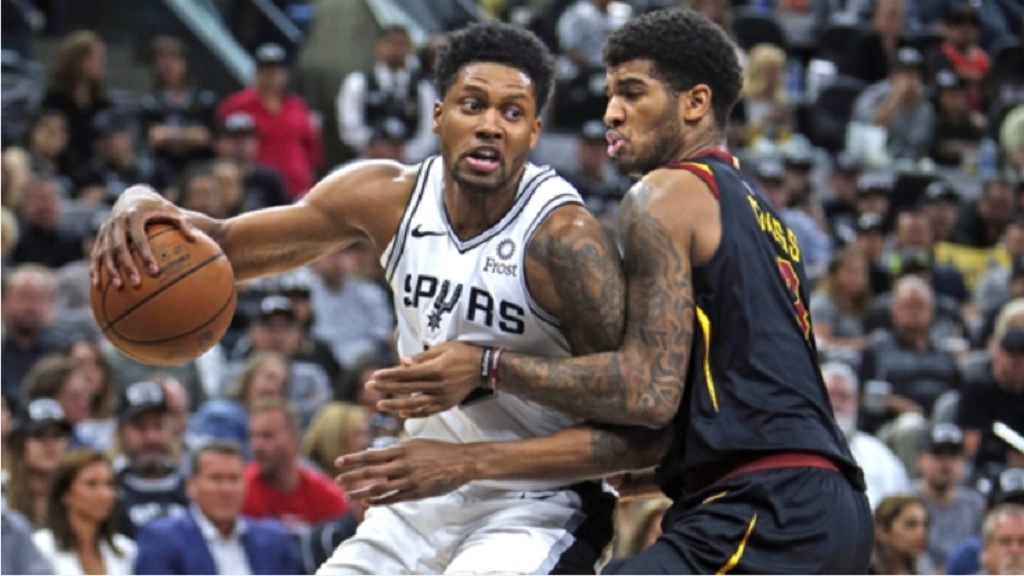 The San Antonio Spurs boosted their NBA playoff chances with victory over the Cleveland Cavaliers as Western Conference rivals the Sacramento Kings lost.

One loss from the Kings and their playoff hopes are dashed.

On the night the Spurs retired Manu Ginobili's number, DeMar DeRozan led San Antonio with 25 points against the Cavaliers.

James Harden scored 38 points and added six rebounds and six assists to lead the Houston Rockets past the Denver Nuggets 112-85.

Miami Heat point guard Goran Dragic tallied his first triple-double of the season, scoring 23 points, 12 rebounds and 11 assists in a 105-99 victory against the Dallas Mavericks.

Khris Middleton posted 39 points and added nine rebounds as the Milwaukee Bucks were 128-118 winners over the Los Angeles Clippers.

New York Knicks point guard Dennis Smith Jr. had more turnovers (two) than assists (one) while shooting two of 11 from the floor and scoring seven points in a 117-92 loss to the Toronto Raptors.

There is nothing to hate about this clip for Detroit Pistons fans as the team tallied two blocks and a nice save on the defensive end, and added some nice passing which led to a three-pointer in a 115-98 win over the Orlando Magic.

The Charlotte Hornets can move within one game of a playoff spot in the east with a win on Friday. The Nets, Magic, Heat and Pistons are all off, so Charlotte make progress with a win no matter what with eight games left to play.