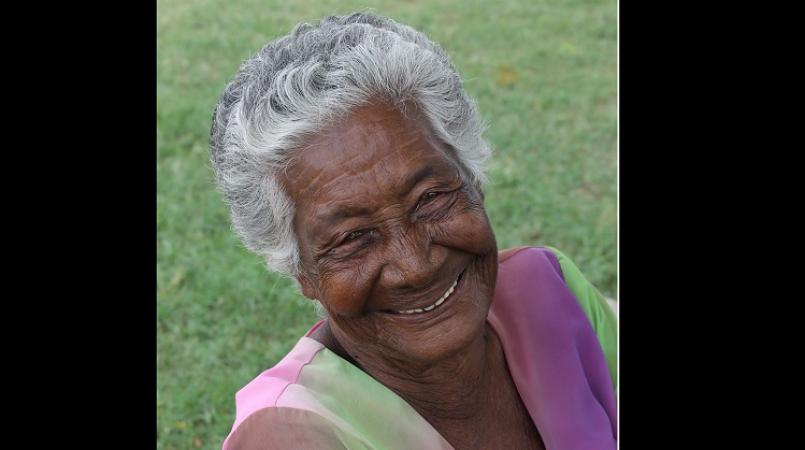 It was a lot more than bun and cheese at the senior citizens’ Easter treat hosted by the Jamaica Broilers Group (JBG) at its Best Dressed Chicken (BDC) Sports Club in Spring Village, St. Catherine.

It was a time of fun, food, and story-telling by the elders about the times long before BDC set up its processing plant in the area. Most of them worked at the plant until their retirement.

One resident, 83-year-old Miss Lucille recalled in detail travelling with Robert Levy, now Chairman of JBG, in his Vauxhall to ‘catch chickens’ and getting paid ‘tuppence’ at the end of the day.

The much younger members of staff of JBG, who were hosting the event were both amused and surprised to find out what ‘tuppence’ was worth in those days.

Another resident, Miss Pearl aged 87, has been living in Spring Village since she was 17 and recalled when women would gather at the river in the town square to wash clothes.

"I say to God be the glory when I see Jamaica Broilers build dere. It lift up di district. Mi seh wi all should give God tanks and give Missa Levy tanks for what he and his family have done for us," she said to resounding applause.

Randy Finnikin, executive director of the Spring Village Development Foundation, reminded the gathering that there was an active air strip on the property which now houses the Spring Village Training Institute, sponsored by JBG. Miss Pearl was quick to chime in that in those days, there was only one school in the area, operated by the Shiloh Baptist Church.

When Amy Miss Amy Edwards also in her 80s began to regale the gathering with her stories about Jamaica gaining its Independence in 1962, she described how she was dressed for the celebration. “Mi modda did mek a nice dress give mi and wen mi reach out a di yaad mi nuh stop wheel," she said to peals of laughter especially from those who could recall the occasion.

Having the full attention of her audience, Miss Amy continued her stories of yesteryear, sharing enthusiastically about ‘Oney’ - the one foot man - and 'Oh Yes' who partnered to set up the first chicken houses in Spring Village.

“He [Oney] had one foot but he drove a tractor,” she said, to which Mr. Finnikin chipped in: “It’s not by sight, but by faith!” to outbursts of laughter.

Danah Cameron, Group Public Relations and Training Officer at JBG, expressed delight at being able to learn something new about the Company and the community. She thanked the residents for paving the way of excellence for the new generation, like herself, to emulate.

The Easter treat was held in collaboration with the Ruby Madden Basic School and the Spring Village Development Foundation.