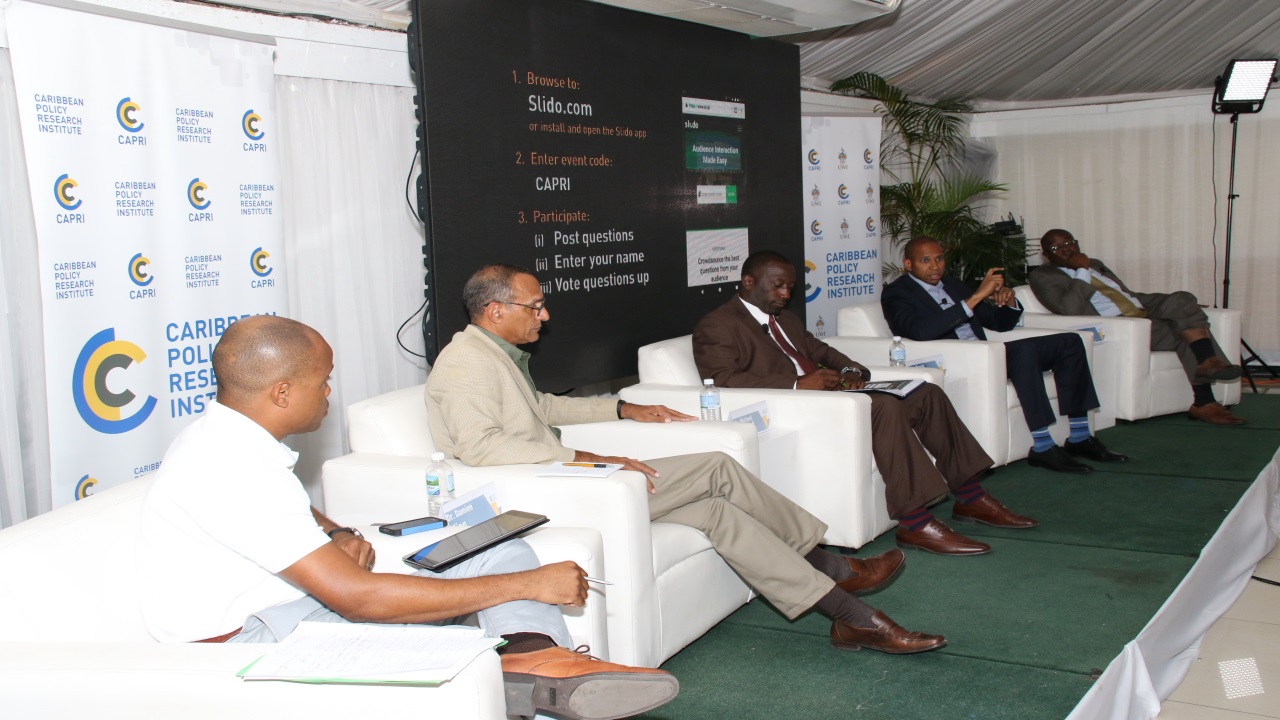 Members of the panel on the CaPRI-hosted banking fee debate. (Photo: Llewelyn Wynter)

So contentious has the issue of bank fees been of late, that economist, Dr Damien King, convened a debate on the subject on Wednesday with Fitz Jackson, the Opposition Member of Parliament (MP) whose private member’s motion in Parliament triggered the focus on bank fees, along with Scotiabank Jamaica CEO, David Noel and Michael Diamond from the National Consumers’ League.

King, who previously engaged in a heated Twitter debate with Jackson, had not necessarily grown tired of debating on the social media, but says he sought to expand the outlook on the issues.

“The aim is to get the public to get a sense of what is the right way for policy to go,” King told Loop News following the four-person debate at the Terra Nova Hotel in Kingston.

“We presented what we think are the relevant considerations, and we faced the issues from those on the panel and in the audience. So when the Government comes out with a policy, an informed public can accept or push back,” he said.

But Jackson, while giving his remarks, was backed by some members of the audience, who cheered him on as he made his points.

A few went as far as to suggest that King’s research on bank fees was being funded by the banks. Others said Noel represented “a foreign-owned bank that only sought to make big profits”.

Jackson’s Banking Services Bill, which sought to allow customers 120 free transactions annually, and no charge on deposits or withdrawals, among other exemptions, was defeated in a vote in Parliament.

Notably, the panelists at the forum sought to approach the banking fee issues from all angles. 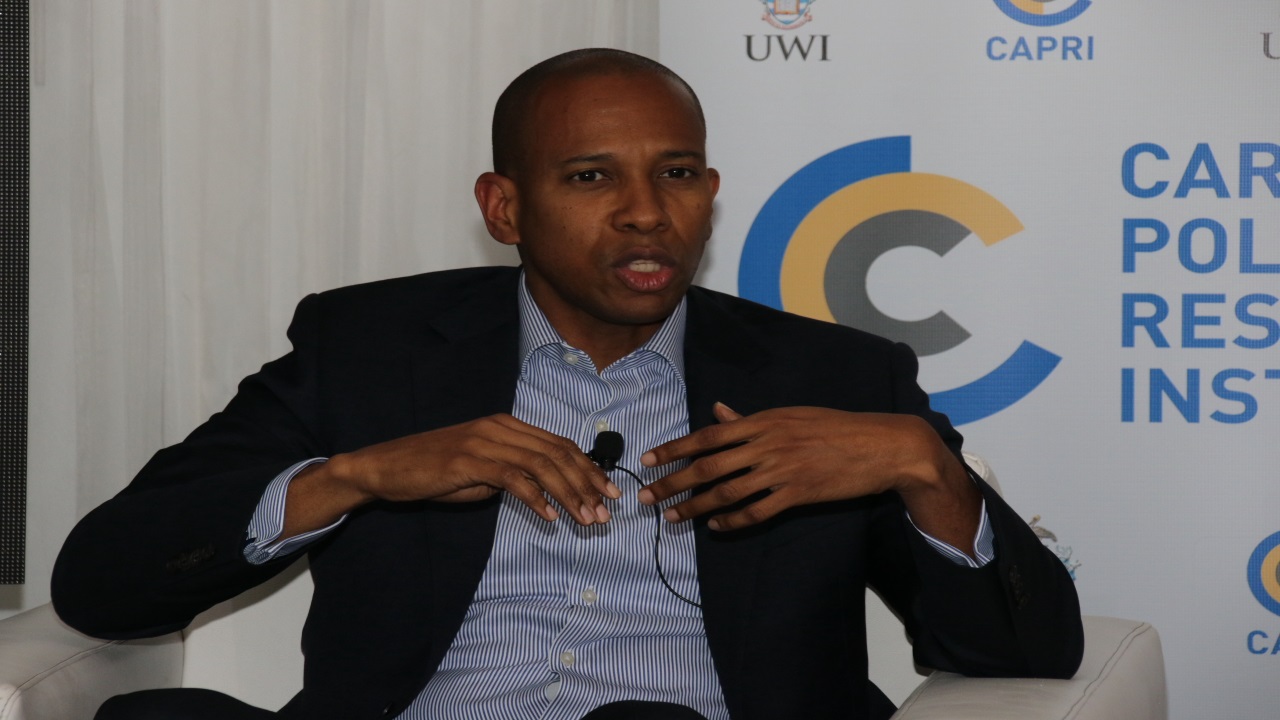 According to King, the findings of a Caribbean Policy Research Institute (CaPRI)-led research on bank fees four years ago, concluded that proposals to cap fees has been wisely rejected in most countries.

“In the same way that reduced interest income led to increase reliance on bank fees, the likelihood is that a cap on fees will cause banks to increase their interest rate spreads in a bid to maintain their overall return on equity. So there is a grave risk that the industry is going to respond to an artificial cap by moving the fess somewhere else, or withdraw those services entirely,” said King, the CaPRI executive director.

But armed with examples of how bank fees affect people, Jackson explained that through the Bill, he is merely trying to preserve the value of money that Jamaicans deposit into the bank for safekeeping or to earn interest.

“The Bill seeks to first and foremost, impatient of wait, don’t allow perfection to be the enemy of good. Just help the people to preserve what they already have, and it is regrettable that all the Government members have chosen to allow the banks to continue to extract these fees from people,” said Jackson.

“The value of their money is being eroded to enlarge the bottom-line of banks,” he added.

But the Scotia Jamaica boss stated that, as a politician, Jackson could use individual examples, which are acceptable, but do not address the real issues.

“But to choose two examples of people who are negatively impacted by a fee, given the amount of the money in the transaction or the circumstances, and try to extrapolate that to the entire population and say the solution is to cap fees, ends up causing more damage,” Noel said.

He went on to say: “The solution is not to impose a cost of zero dollars and get loud cheers because you appear to be helping”.

The banker also suggested that the public should embrace technology, which would help to promote financial inclusion.

“If we are willing to embrace technology, we end up allowing customers to get better value, spend less on fees, and we expand the number of people to serve in the banking sector,” Noel said.

“Financial inclusion is not only about serving those who are getting cheques, or who are in the banking halls, it about extending services, and the only credible way to expand it is  by embracing technology,” he said.

He also argued the position that banks should not have fees because they are already making big money, and contented that the return on equity for the banks has fallen over the years.

Also on the bank fee debate panel was Vice President of the National Consumers League, Michael Diamond, who indicated that it was important to empower consumers with choices.

“We as consumers are to make choices, but when these choices are limited, the regulators have an opportunity to make that field be more competitive,” Diamond said.

He, however, agreed with the Scotia executive about financial inclusion benefiting the economy, where more individuals can positively interact with banks.

“But be mindful again that these institutions we are talking about will always look for an opportunity to make money,” Diamond said.