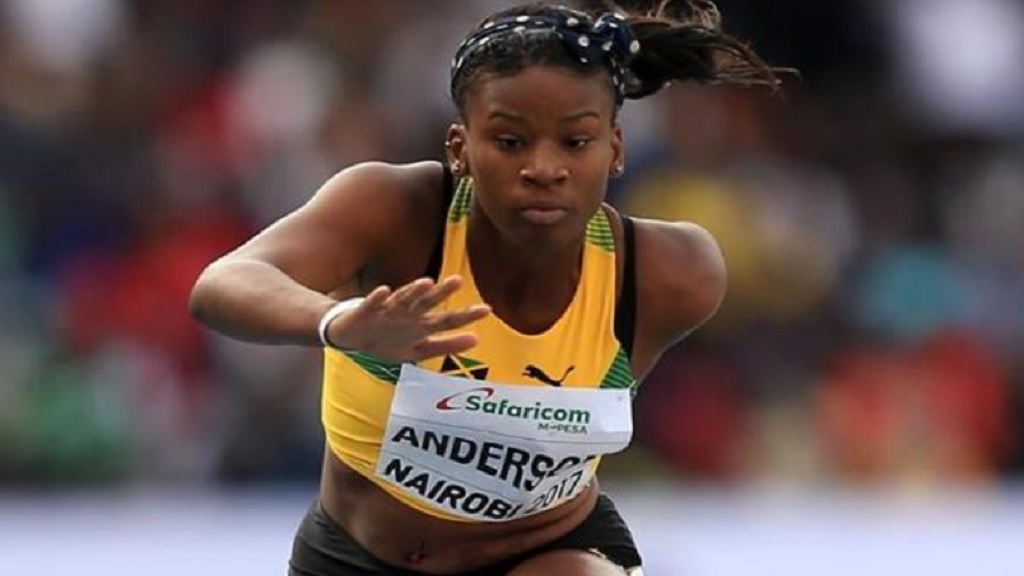 Brittany Anderson of Jamaica twice broke the world Under-20 record in the women's 100m hurdles on Wednesday, July 24, 2019.

Competing at the Motonet Grand Prix meeting in Joensuu, Finland, Anderson clocked 12.79 in the heats to best the 12.84 mark set by Cuban Aliuska Lopez in 1987. Then, the Jamaican went considerably faster in the final, winning the race in 12.71 (+1.3m/s), 0.01 ahead of Annimari Korte whose 12.72 was a new Finnish record.

Anderson’s time is also a new national junior record, surpassing the effort of Rushelle Burton, who ran 12.87 back in July of 2016.

Anderson, the 2017 world Under-18 champion and silver medallist at the World U20 championships in Tampere, Finland in 2018, arrived in the eastern Finnish city with a 13.01 best set in Tampere.