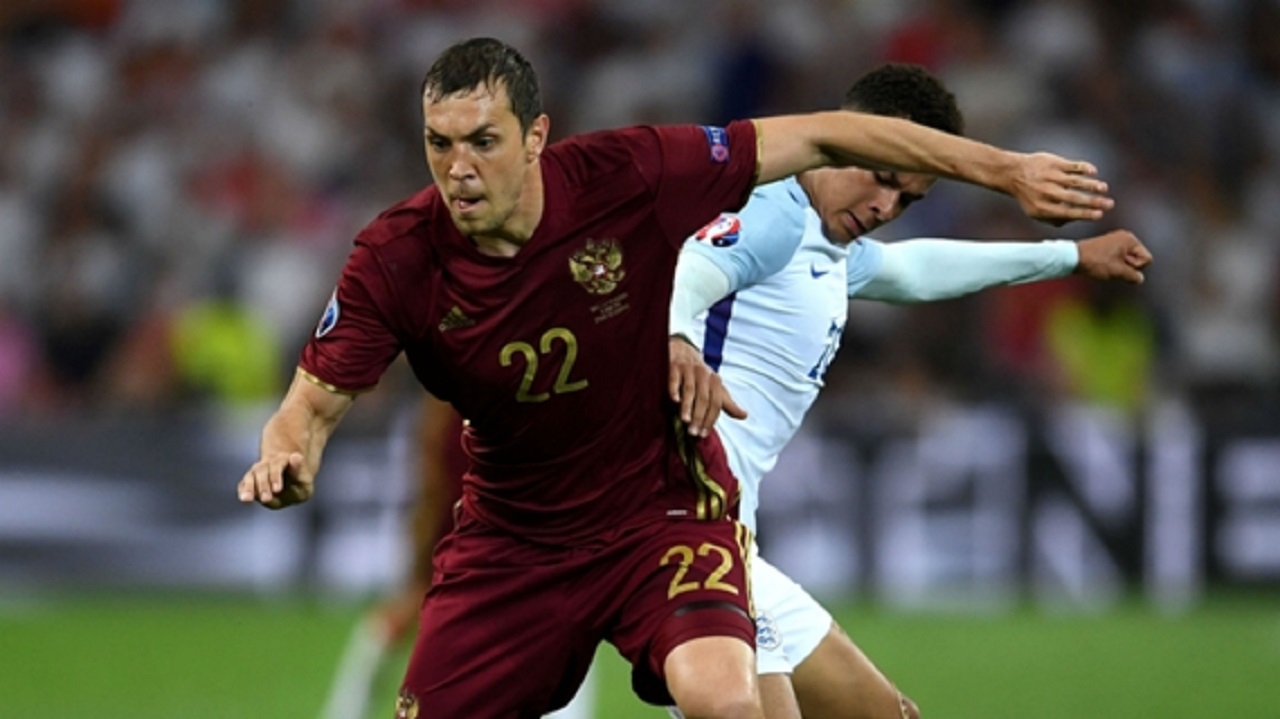 Dzyuba has been a key player for Stanislav Cherchesov's hosts in their run to the knockout phase with a goal in each of their first two games, against Egypt and Saudi Arabia.

A 3-0 thumping by Uruguay in their final Group A fixture dampened the growing enthusiasm, however, and Dzyuba accepts a clash with a star-studded Spain squad in Moscow is another tough task.

He said: "For the first time in 32 years we've qualified for the knockout stage. Let's see what more can we do. It's going to be like a world title boxing fight. An experienced fighter against a young and daring one. Let's see who's better.

"Any team can beat anyone on a good day."

Dzyuba will be pitted against veteran Spain defenders Gerard Pique and Sergio Ramos but it's a challenge that excites him, adding: "Only when you compete with the best do you know how good you are.

"I'm excited to play against Ramos and Pique. This is once in a lifetime opportunity. We'll see who wins this battle."

Dzyuba was also quick to play down Spain's struggles in the group phase.

"I don't think Spain are vulnerable, they are a top team. Mistakes at the group stage don't count," he said.

"We understand what to do against Spain, but, of course, they're clear favourites. We know it's going to be hard. Uruguay taught us a good lesson."

Russia were last at the Luzhniki was for the tournament's opening fixture, when a wave of emotion saw them put five past Saudi Arabia, and Spain midfielder Marco Asensio accepts it will be another white-hot atmosphere in the capital.

However, he has backed coach Fernando Hierro to find the right words of encouragement.

The Real Madrid man said: "Russia will play with their fans behind them. We have to face this match like a final. We either win or go home.

"Our coach Hierro is a natural leader and you can notice it. He's always trying to motivate us."

Russia trained with a full squad on Friday, including Alan Dzagoev who has not featured since picking up a hamstring injury just 24 minutes into the Saudi Arabia game.

The combative Atletico Madrid striker has three goals to his name and will relish the chance to silence the home fans.

The CSKA Moscow goalkeeper has not always looked convincing at this tournament but he will have to be at his best if he is to keep Spain's potent attack at bay.

- Since the breakup of the Soviet Union, Russia have never beaten Spain (D2 L4). Their last encounter ended 3-3 in a friendly back in November 2017.
- Spain are unbeaten in their last 23 games (W15 D8), the longest current run among the 32 teams that started the 2018 World Cup. Their last defeat came two years ago against Italy in the round of 16 of the European Championships (0-2, June 2016).
- Since (and including) the 2006 World Cup, Spain have dominated possession in 32 of their 33 games at major tournaments (World Cup + Euro). The only exception was in the Euro 2008 final against Germany where they had 46% of the ball.
- Russia had just three shots in their last match against Uruguay, the fewest by a host nation in a World Cup match since USA against Brazil in 1994 (also three).
- Russia scored eight goals in the group stages despite posting an Expected Goals total of 3.06. This means that they would have been expected to score around three goals based on the quality of their chances.
- Andres Iniesta has not converted any of his last 32 shots at the World Cup/Euros. His last goal was in the 2010 final against the Netherlands.