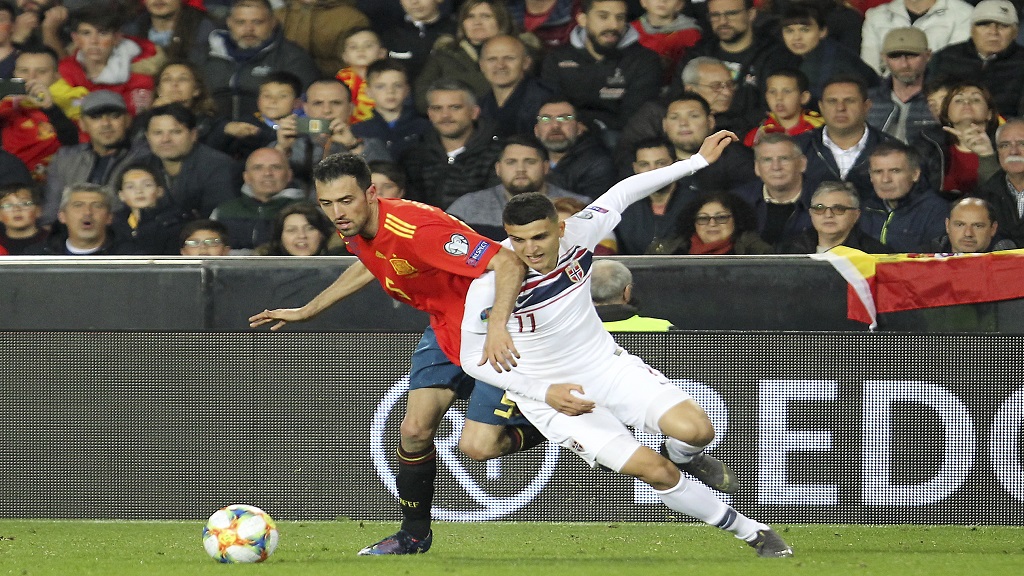 The defender converted his spot kick in the "panenka" style — waiting for the goalkeeper to move before chipping the ball down the middle — in the 71st minute at Valencia's Mestalla Stadium.

Spain dominated the first half but only Rodrigo Moreno could convert his scoring chance in the 16th.

Norway equalized in the 65th when forward Joshua King netted a penalty kick after substitute Bjorn Johnsen was fouled by Inigo Martinez in the area.

But Ramos soon got his turn at the spot when Alvaro Morata poached a poor back pass by Harvard Nordtveit and was cut down in the box by goalkeeper Rune Jarstein.

Three-time champion Spain are the favorite to win the qualifying group.

"A new quest starts, a new objective, and there is no better way to do so that this," Ramos said.

Despite having lost their previous two competitive matches, Spain have a record of five wins in seven matches under Luis Enrique since he took over after last year's World Cup.

Norway went close to equalizing when Markus Henriksen set up Tarik Elyounoussi in front of an open goal, only for his horrendous shot to go sideways instead of anywhere near the net.

Spain kept threatening to score a second goal, as Moreno and Martinez missed from close in, and Norway goalkeeper Rune Jarstein turned back efforts by Morata and Asensio before halftime.

"We should have won this match by a much bigger score, but we took the three points and are happy," Luis Enrique said.