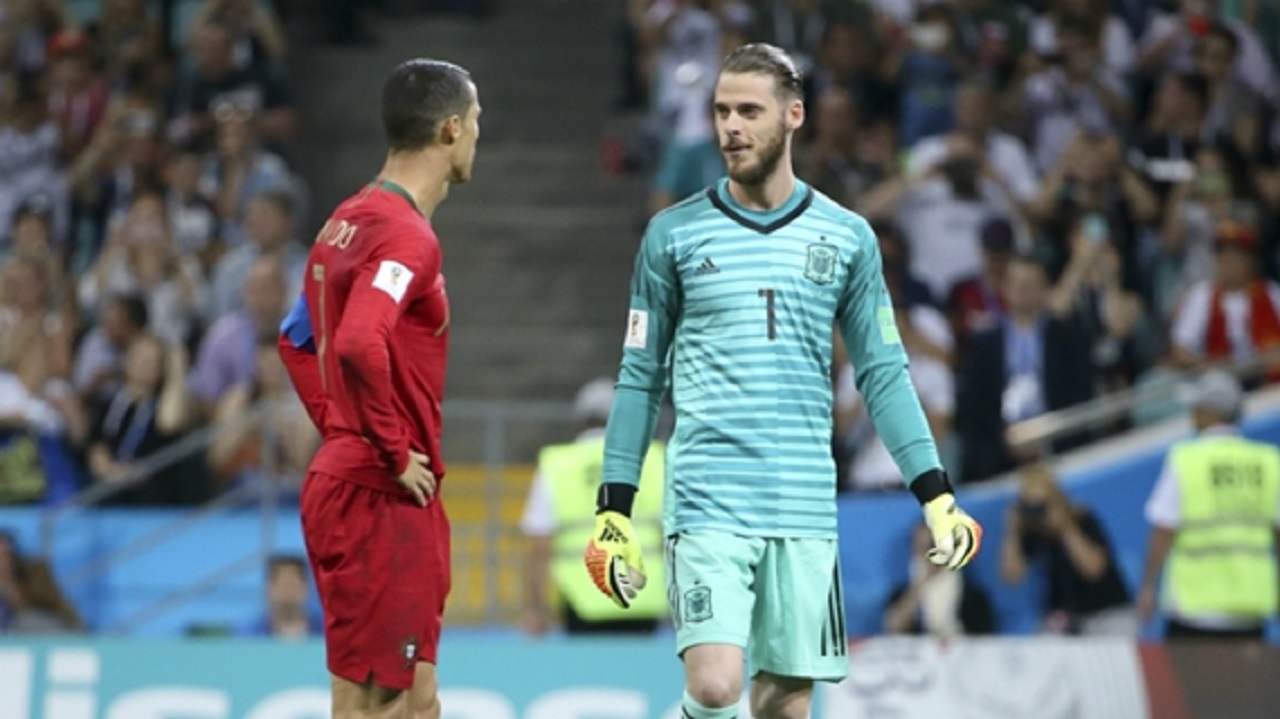 David de Gea has been backed by Sergio Ramos after the Spain goalkeeper made an uncharacteristic mistake in a World Cup classic against Iberian neighbours Portugal on Friday.

De Gea allowed a shot from Cristiano Ronaldo to slip through his grasp, with the Real Madrid superstar completing his hat-trick with a spectacular late free-kick to claim an unforgettable 3-3 draw in Sochi.

The Manchester United goalkeeper is regarded as one of the world's best, but also made an error in a warm-up game against Switzerland, costing his side victory.

But Spain captain Ramos is in no doubt De Gea should remain in goal for Spain's next game, against surprise Group B leaders Iran in Kazan on Wednesday.

"It's not about never failing, it's about never giving up," Ramos wrote on Twitter, alongside a photograph of him embracing De Gea.

Speaking after the game, De Gea sought to play down his surprise error.

"I like that there are criticisms," he said. "Diego Costa has also been criticised and he scored two goals.

"I haven't killed anyone, either. I'm happy with the national team."