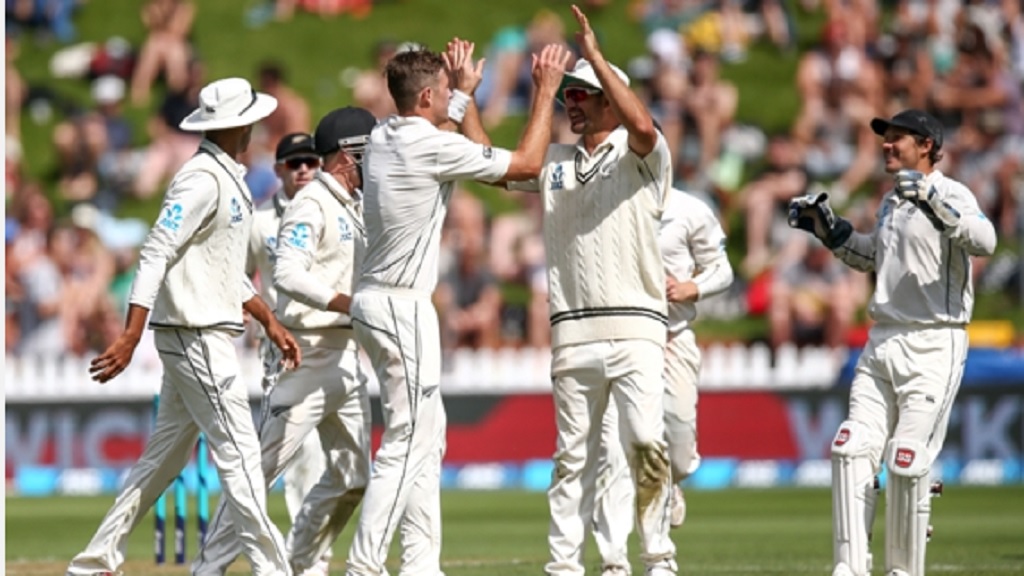 Tim Southee claimed a five-wicket haul on an even opening day in the first Test between New Zealand and Sri Lanka on Saturday.

Southee (5-67) produced a scintillating first spell at Basin Reserve in Wellington as the tourists were reduced to 9-3.

But Angelo Mathews (83), Dimuth Karunaratne (79) and Niroshan Dickwella (73 not out) led a Sri Lanka recovery as they reached 275-9 at stumps.

Mathews and Karunaratne put together an important 133-run partnership for the fourth wicket to help Sri Lanka into a decent position after being put in to bat on a green pitch.

Gunathilaka was trapped lbw by a delivery that came back in from Southee, who also produced a beauty to have Dhananjaya caught behind.

Mendis, however, gifted his wicket, flicking Southee straight to Ajaz Patel at midwicket.

Desperately needing a response, Sri Lanka got it from Mathews and Karunaratne, who were relatively comfortable through to lunch.

The biggest lapse came from Karunaratne after he was caught at midwicket off Colin de Grandhomme (1-35), only for replays to show the paceman overstepped.

The duo looked scratchy after the first break before Karunaratne departed, gloving Neil Wagner (2-75) through to BJ Watling.

Dinesh Chandimal (6) fell to a short-ball plan from Southee, before Mathews gloved the paceman behind to give him his eighth Test five-for.

With Sri Lanka 187-6, the Black Caps had another opportunity, but Dickwella produced a wonderful lower-order innings.

He was aggressive when required and got enough support, despite the departures of Dilruwan Perera (16) and Suranga Lakmal (3).

But just as Dickwella and Kasun Rajitha (2) looked certain to reach stumps, the latter edged Trent Boult (1-77) behind on the final ball of the day.

New Zealand bowl out England for 58 in first Test