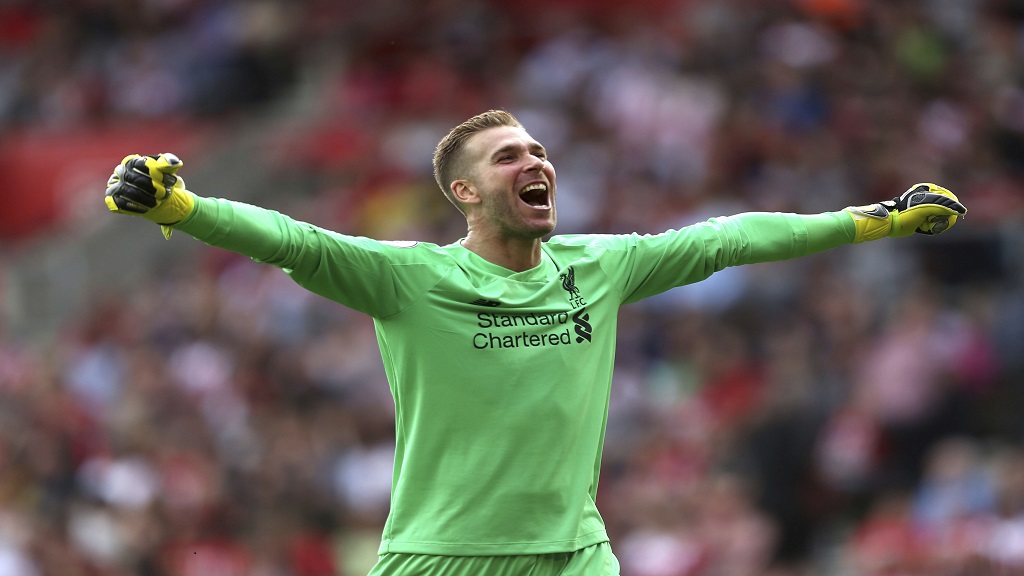 Sadio Mane and Roberto Firmino struck at Southampton as Liverpool won 2-1 to continue their run of consecutive Premier League victories despite a late Adrian mistake.

Jurgen Klopp's Reds started poorly on the south coast on Saturday, seeing their hosts squander a couple of presentable first-half chances, but Mane, as so often, came up with the goods.

His brilliant effort - a third of the season after two in the UEFA Super Cup final - woke Liverpool from their slumber and they were comfortable in the second period even before Firmino doubled the advantage.

There was a wobble when Adrian hacked the ball straight at Danny Ings for an unlikely Saints response. Former Reds striker Ings should have equalised with a gilt-edged chance for his second, yet Liverpool held on.

A run of nine wins to close out last season could not deny Manchester City the title, but that streak of league successes goes on - reaching a club-record-equalling 11 - as Klopp's men look to be in the mix again this term.

Liverpool, perhaps missing Alisson's calm in possession, looked shaky at the back early on, but they were grateful to Adrian - passed fit after a freak ankle injury in the Super Cup celebrations - for an instinctive close-range stop from Maya Yoshida following a corner.

The hosts remained on top and had another huge headed chance as Che Adams met Oriol Romeu's cross 10 yards out but nodded over the crossbar.

Yet after 46 minutes of toil, former Southampton man Mane came up with a moment of inspiration for the European champions in first-half stoppage time, cutting inside from the left and drilling into the top-right corner from 20 yards.

Liverpool were improved after the restart and Joel Matip flicked James Milner's scuffed shot agonisingly wide, before Angus Gunn denied Mohamed Salah as he raced through on the right.

Firmino should have stretched the lead when he slid a finish past the right-hand post, but he made no mistake the next time he was granted a sight of goal, moving from left to right in the area and striking low into the bottom-left corner.

Gunn expertly saved from Mane and Andy Robertson, and Southampton threatened a late fightback when Adrian comically hurried a clearance into Ings' shins with the ball finding the back of the net. The former Liverpool man squandered another late chance from close range as Klopp's men escaped.

What does it mean? Reds already battling for points

It will still be fresh in the mind of Liverpool players, staff and fans how taxing last season's title challenge was. We are in August but, at St Mary's, the visitors' display was that of a side already prepared to dig in again. The Reds were poor for 45 minutes but got the job done. The sign of champions? Two games into the season, they might hope to be more fluent.

Klopp was able to name his first-choice front three from the start for the first time this season and, predictably, it was Mane and Firmino who made the difference. Mane's goal was particularly key as Southampton were hammering on the door and he turned the match in the visitors' favour.

Adrian fit but at fault

There were concerns Andy Lonergan was going to have to make his Premier League debut at 35 years old when Adrian was struggling following the Super Cup. The Spaniard was fit to start and made one crucial first-half stop, but his mistake for Southampton's goal provided a reminder of his limitations - even if Alisson has been guilty of similar in the past.

- Liverpool have now won 11 consecutive Premier League matches, equalling their best-ever winning streak in the competition, previously set between February and April 2014 under Brendan Rodgers.
- Southampton have now lost each of their last five league games against Liverpool by an aggregate score of 13-2.
- Liverpool have won their first two league games to a season in back-to-back campaigns for only the second time in the Premier League era, having previously done so in 1993-94 and 1994-95.
- Sadio Mane scored his 20th goal for Liverpool in all competitions in 2019, at least eight more than any of his team-mates in this calendar year (Mo Salah 12).
- Mane is the first player to score in his first Premier League start of a campaign in four back-to-back seasons since Mark Viduka did so between 2002-03 and 2005-06.

Liverpool are now already four games into the new season and their next task is a tough one, with Klopp's men hosting Arsenal next Saturday. Southampton go to Brighton and Hove Albion earlier on the same day.