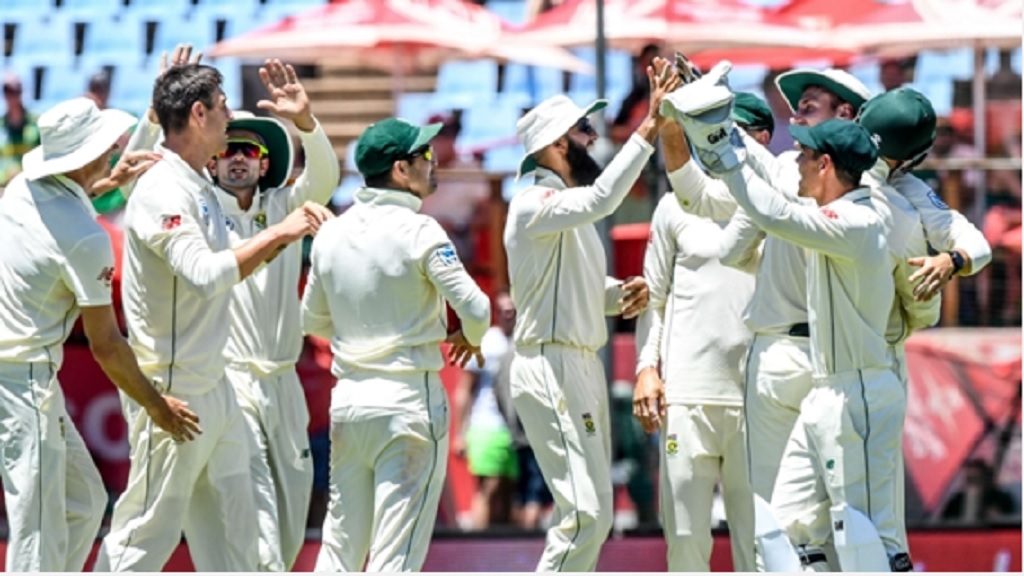 Dale Steyn and Duanne Olivier enjoyed memorable days with the ball at Centurion but South Africa did not have it all their own way at the start of the first Test against Pakistan.

Steyn's milestone was followed by a fine display from Olivier, Pakistan's batsmen unable to cope with his ability to move the ball as they were dismissed for 181 in 47 overs.

South Africa found life no easier in their reply, though, as the tourists claimed five wickets before the close to leave the opening match of the three-game series nicely poised, the Proteas on 127-5 at stumps.

Pakistan's decision to bat first backfired dramatically as they struggled, Imam-ul-Haq (0) the first to go in only the second over as Kagiso Rabada trapped him lbw – a review unable to save the opener.

Steyn took the new ball with Rabada and his landmark moment came in only his fourth over of the day, the paceman getting his 422nd Test wicket as Dean Elgar clung on at slip to remove Fakhar Zaman.

That moved Steyn past Pollock on the list, though he was unable to add further to his career tally as Olivier took centre stage.

His first two wickets came before lunch as Shan Masood (19) played on and Asad Shafiq (7) was given lbw to a ball that straightened, the batsman wasting Pakistan's remaining review while attempting to stem South Africa's charge.

Pakistan started the second session 76-4 but were soon 111-8 as Olivier's impressive display continued. He removed Azhar Ali (36) – aided by a superb catch by Theunis de Bruyn at third slip – and Sarfraz Ahmed (0) in the same over before accounting for Mohammad Amir (1) to complete a five-wicket haul.

He went on to grab a sixth to finish off Pakistan, Shaheen Afridi (0) caught behind after Rabada (3-59) had dismissed Yasir Shah (4) and the resolute Babar Azam, who fought hard to make 71 off 79 balls, his resolute knock including 15 boundaries.

South Africa were able to reduce the deficit to 54 before stumps but it came at a cost. They at one stage slumped to 43-4, Afridi (2-36) taking two in two balls in the 15th over.

An unbeaten 38 from Temba Bavuma pushed South Africa close to parity before the end of play, the right-hander supported by De Bruyn (29) before the arrival of nightwatchman Steyn (13 not out).