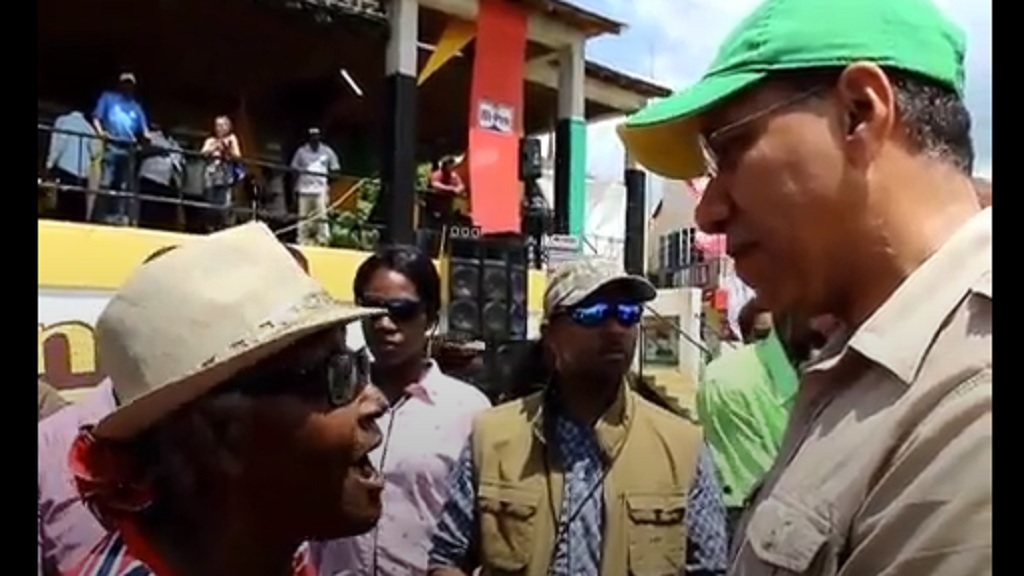 Loris Banton belting out words of advice, including in song, to Prime Minister Andrew Holness at Denbigh on Tuesday.

Loris Banton was evidently a woman on a clear mission in early afternoon on Tuesday at the annual Denbigh Agricultural and Food Show in May Pen, Clarendon.

And when she came in contact with Prime Minister Andrew Holness and his team on the grounds, she sought and got an opportunity for more than the customary handshake and a hug.

Banton sought to offer a word advice and encouragement to the PM in these challenging and sometimes controversial times nationally, and ended up spicing things up with a song, and garnishing it all with some biblical-based reference for the head of Government, as were captured in the video below.

In a less than two-minute presentation, Banton urged Holness in song to “keep your eyes on Jesus,... He will calm the storms of life that taint your soul”.

She than referred to Joseph back in the bible, saying that instead of yielding to any temptation to deceive the nation, Holness should “tek off” his coat and run leave it in the hands of those who would seek to pull him into improper activities.

She said Joseph was successful after he took such an action, and clearly implied that the example was a lesson that might be relevant to some of Holness’ challenges as the nation’s leader.

The prime minister dutifully soaked it all in and amid the warm reception that his team got on the final day of the three-day event, would have left Denbigh with even more assurance than he came with.