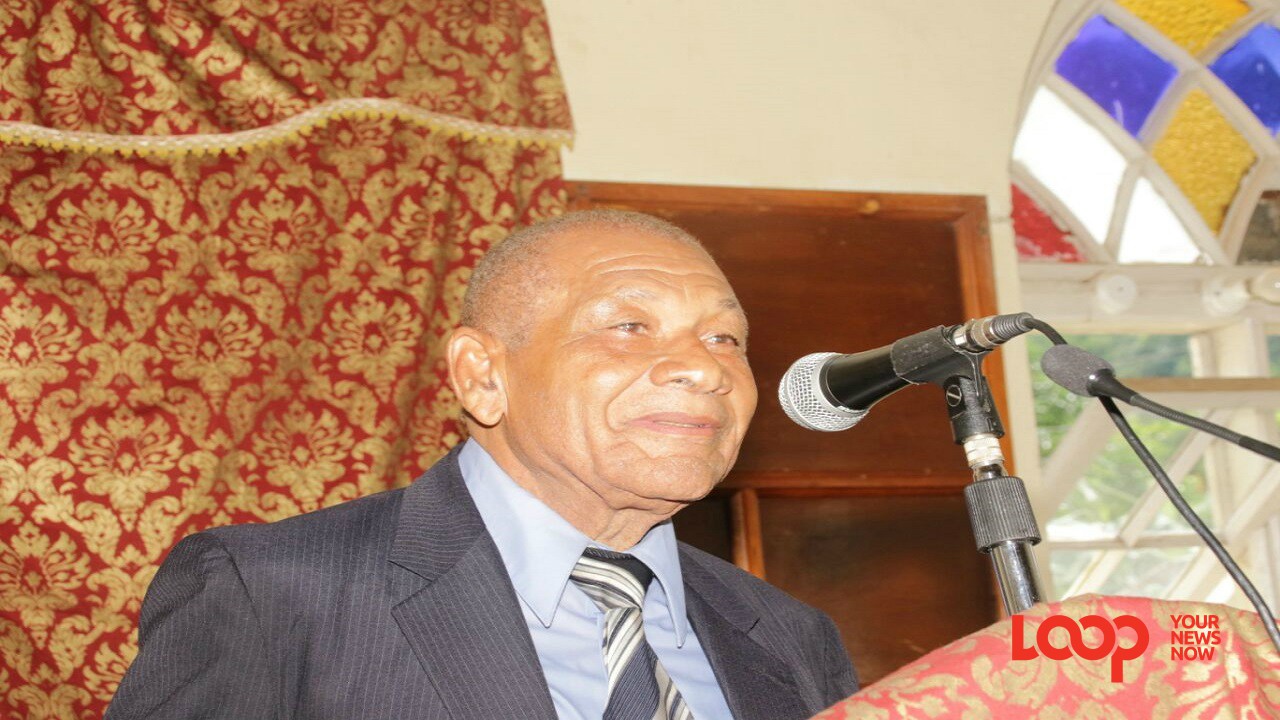 Barry Russell, son of the former oldest living human, Violet Moss Brown, on Saturday launched an attack against the media claiming he was concerned with how they reported on the disagreement that took place between family members regarding who was to take care of the super centenarian in her final days.

Speaking at the Thanksgiving Service for his mother, Russell said he was not pleased with how media reported on the developments. The service was held at Trittonville Baptist Church in Duanvale, Trelawny

"The other day when she was in the hospital the headline was 117 year old lady snatched, kidnapped and all different type of things," a fuming Russell sated during his tribute.

He was referring to media reports that stated that Moss-Brown, was removed away from her home of many years by relatives as a family feud erupted over her care and treatment.

According to relatives who cared for Brown at her Duanvale, Trelawny home, she was supposed to be taken by another family member to hospital for a medical appointment on Saturday but was not taken back home.

Russell, who lives in Miami, would later report that he was not pleased with the treatment his mother was receiving at her home and had accused her grandchildren, with whom she lived, of being greedy and uncaring. He claimed his mother was alive and remained steadfast that her whereabouts would not be made known.

Days after making the comment reports would emerge that Moss Brown died at the Fairview Medical Centre in Montego Bay, after a brief illness.

But Russell, on Saturday came out to defend the move, claiming the reports in the media were far from the truth.

He said some media reports claimed Moss Brown was snatched.

"She was snatched, snatched from what?" Russell asked.

Russell also hit out at members of the  Duanvale district who expressed their objection to the donation of his mother's body to the University of the West Indies for research.

Some residents voiced their desire for Moss Brown to be buried in the Duanvale Cemetery, but a fuming Russell spoke out against the suggestion.

"Now she is dead she is supposed to be buried where they want her to be buried," the distraught son went on.

"I want to tell those who decided to make a big fuss over burying her that I think it was just about a bottle of white rum and some chicken back," he said.

He argued that his mother's corpse will be of much more value at the university.

"She is more valuable up at the university more than in Duanvale," he said.

Funeral service was attended by government officials, scores of family, friends  and associates and from across the world.

Ms Brown, the late Jamaican super centenarian, was the oldest verified living person in the world for five months, following the death of Emma Morano on 15 April 2017 until her own death at the age of 117 years, 189 days on September 15, 2017