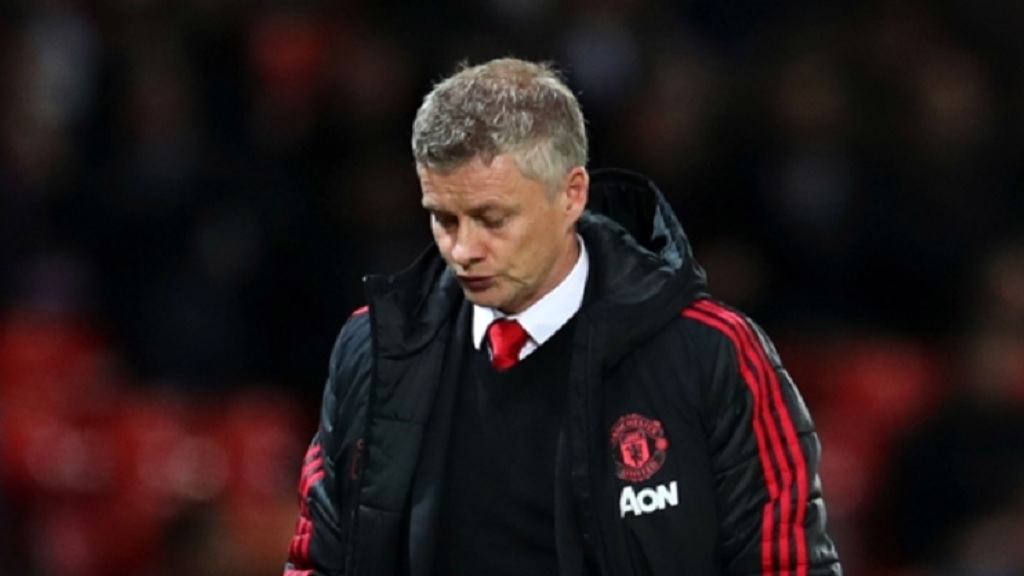 Ole Gunnar Solskjaer rued the gulf in class between his Manchester United and Manchester City after their title-chasing rivals closed out a 2-0 win at Old Trafford.

United were abject in a 4-0 defeat at Everton on Sunday and Solskjaer rung the changes for Wednesday's derby showdown.

Five alterations to the starting line-up prompted an enterprising performance during a goalless first half but City hit the front through Bernardo Silva's 54th-minute strike and they comfortably played out victory after substitute Leroy Sane blasted past an errant David de Gea.

"We got a reaction and in the end, we were beaten by a better team," Solskjaer told Sky Sports.

"But we got a reaction from fans and players and had a go, had efforts – didn't hit the target too many times but you can see the work rate was there. It wasn't good enough.

"There is a difference in quality. That is why they are top and we are where we are. They have set the standard. Living in Manchester we cannot be happy with that. It is up to us to close that gap and overtake them.

"Today you can't say that any of them didn't run. You could see clearly an intent and focus. We just need to keep working on it."

Visiting captain Vincent Kompany and Oleksandr Zinchenko were booked for first-half fouls that halted United attacks, but Solskjaer sought to row back on pre-match comments over City's style out of possession that irked Pep Guardiola.

"You want a team like this. They keep the ball high and are hungry to win it back. They stopped us very well."

De Gea's part in both City goals – Silva also beat the Spain international at his near post – continued a dismal run for a player usually considered one of United's most consistent performers.

Ahead of a pivotal clash against Chelsea this weekend, with Arsenal's loss at Wolves having kept the top-four race wide open, Solskjaer had a message of support for his goalkeeper.

"David made some terrific saves as well. He has high standards," he added.

"When we are having a time like this we've just got to stick together, batten the hatches down, don't do anything rash and keep working.

"We have to come back fighting on Sunday."