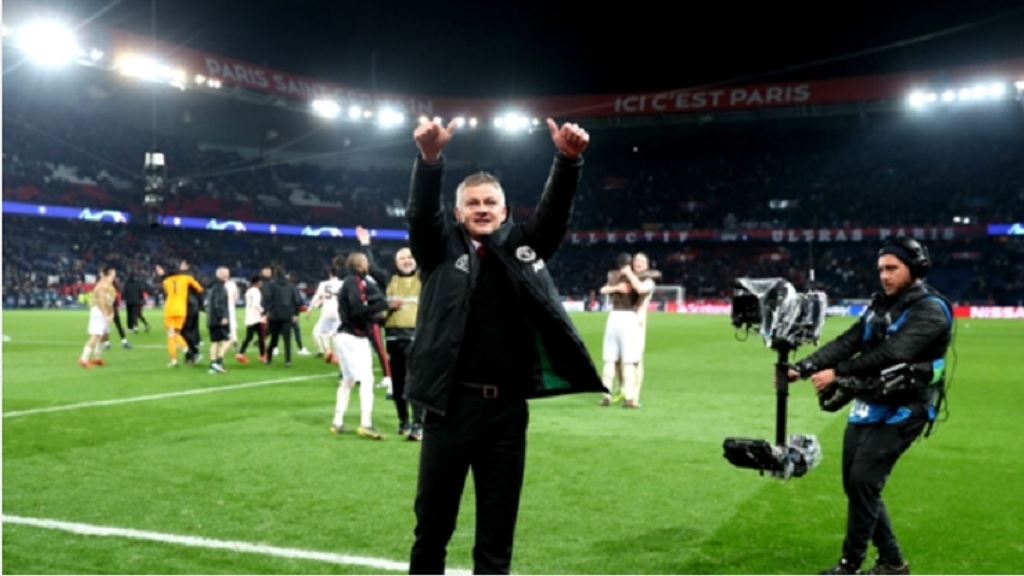 New Manchester United manager Ole Gunnar Solskjaer has set his sights on winning the Premier League but concedes it is going "to be a mountain to climb".

Solskjaer was appointed on a three-year deal by United on Thursday following a successful spell in charge on an interim basis after Jose Mourinho's dismissal in December.

The Norwegian, who left Molde to return to the club he played for 366 times, won his first eight games in all competitions before inspiring an injury-hit United to the Champions League quarter-finals with a comeback win against Ligue 1 giants Paris Saint-Germain.

United have not won the Premier League title since Alex Ferguson's final season in charge in 2013, but Solskjaer says he has every intention of returning the Red Devils to the top of the English game.

"To lift the Premier League trophy again is what we expect, what we're used to, what we have done so many times," he told a media conference.

"We can't wait too many years but it's not going to happen overnight.

"I'm just going to be myself as I've always been. I know the trade of course. I want us to lift trophies, but I can't wait to get to the challenge of improving the squad.

"We have worked with them, for three months and the improvement is there to be seen. We know there is so much more to come from them.

"Every day in training the attitude has been fantastic but we know we've a long way to go. It's going to be a mountain to climb but we've climbed a few mountains before."

United are in a battle with Tottenham, Arsenal and Chelsea for just two spots in next season's Champions League and Solskjaer wants his current players and potential targets to know that if they do not make it this time, they will not have to wait long to play in European football's showpiece event.

"We are in a great position to get in the Champions League but that’s not decided until May 12. We probably need to get going before then with talks with players to come in and who’s going to stay."