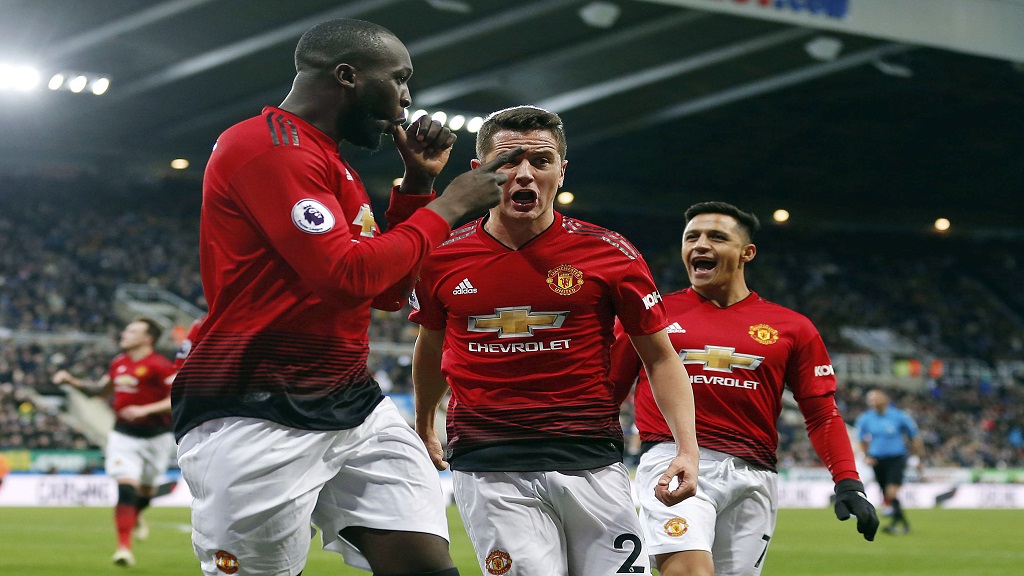 With Manchester United still scoreless after an hour at Newcastle, Ole Gunnar Solskjaer was facing the first real challenge of his interim tenure at England's biggest club.

His response showed he might just have the same magic touch as a United manager that he had as a player.

Solskjaer sent on Romelu Lukaku as part of a double substitution in the 63rd minute and, 38 seconds later, the striker scored to set United on their way to a 2-0 win at St. James' Park on Wednesday.

Even better for United, fourth-place Chelsea could only draw 0-0 at home to Southampton at Stamford Bridge to leave only six points between the teams in the race for a top-four finish and Champions League qualification.

United moved to within three points of fifth-place Arsenal, too. The team has truly been revived by its former striker.

Solskjaer also appears to be getting the best out of young United striker Marcus Rashford, who added the second goal against Newcastle to make it three in four games under the new coach.

In other matches, Watford and Bournemouth scored six goals between them in a 26-minute span in the first half in their 3-3 draw. West Ham and Brighton shared four goals in 12 second-half minutes in their 2-2 draw.

Huddersfield squandered a lead to lose 2-1 to Burnley and stay in the last place by four points, and Crystal Palace won 2-0 at Wolverhampton Wanderers.