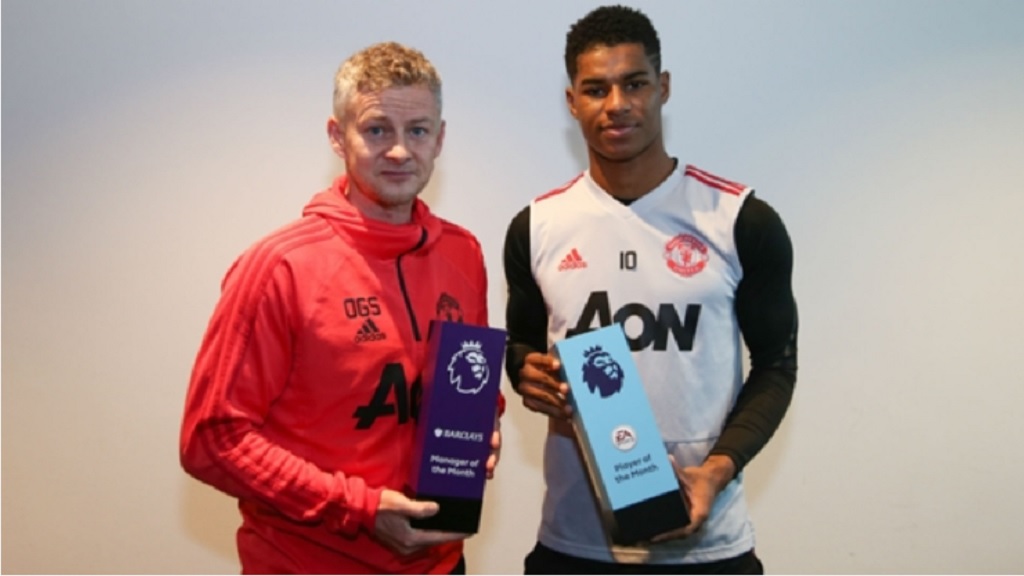 Solskjaer has had a remarkable impact on United since replacing Jose Mourinho on a temporary basis, presiding over seven wins in eight league matches.

Although United were rarely spectacular in January, they won three of their four matches and came from 2-0 down at home to Burnley to rescue an unlikely point at the end of the month.

That form has helped United climb above Arsenal in the Premier League table, and they can overtake Chelsea – even if only until Sunday – when they travel to struggling Fulham on Saturday.

Rashford has been vital since Solskjaer's arrival, with the England international instantly earning the Norwegian's trust and being given a real run as United's first-choice striker ahead of Romelu Lukaku.

He scored in all but one of their four matches in January, netting three in total from wins over Newcastle United, Tottenham and Brighton and Hove Albion.

It is the first time since January 2011 that United have won both awards in the same month - Alex Ferguson and Dimitar Berbatov taking them home on that occasion.

Fulham's Andre Schurrle won the Goal of the Month award for his stunning volley against Burnley, though Sean Dyche's men won the match 2-1.