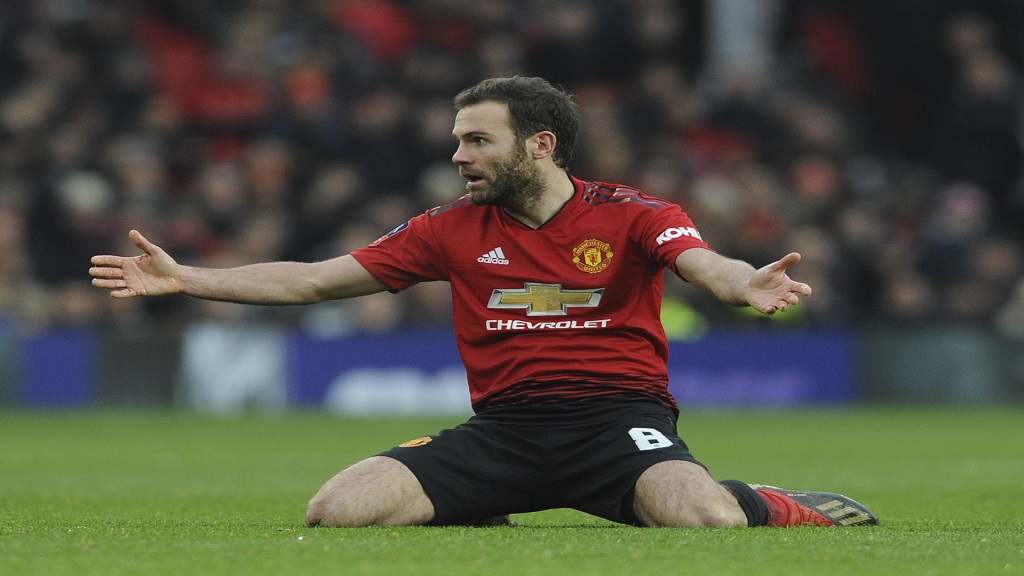 Ole Gunnar Solskjaer has some serious selection dilemmas to weigh up as he looks to make more history in his record-setting start as Manchester United manager.

United beat second-tier struggler Reading 2-0 in the third round of the FA Cup on Saturday for a fifth straight win since Solskjaer replaced the fired Jose Mourinho last month. It ties the record of Matt Busby, who also won his first five games in charge in the 1946-47 season.

Solskjaer can surpass Busby's mark with a win at Tottenham in the Premier League next weekend, and more and more players are putting their hands up for selection, especially in attack.

Juan Mata, from the penalty spot, and Romelu Lukaku scored the first-half goals to see off Reading at Old Trafford, while Alexis Sanchez played a part in both strikes amid a busy display in the Chilean's first start since returning from injury.

That trio is likely to start on the bench against Tottenham, with Anthony Martial, Marcus Rashford and Jesse Lingard seemingly Solskjaer's preferred front three. Lukaku, however, has now scored three goals in three games — the first two as a substitute — and Sanchez is surely a guaranteed starter once he gets back to playing like his old self more regularly.

United were sloppy against Reading, though, giving up a number of great scoring opportunities that the likes of Harry Kane and Son Heung-min are unlikely to pass up so easily next weekend.

Solskjaer played a virtual reserve team, sticking to his promise to give all his squad a chance to impress, and Mata scored the opening goal in the 22nd minute.

Following a move instigated by Sanchez down the left, Fred had a goal ruled out because of offside but a penalty was awarded following consultation with the video assistant referee after a foul on Mata in the buildup. The Spanish playmaker sent the goalkeeper the wrong way from the spot.

Sanchez then played a pass behind Reading's defense for Lukaku to round the goalkeeper and slot home from an acute angle in stoppage time.

Sanchez went off just after the hour mark and appeared to point to his right thigh, suggesting an injury.