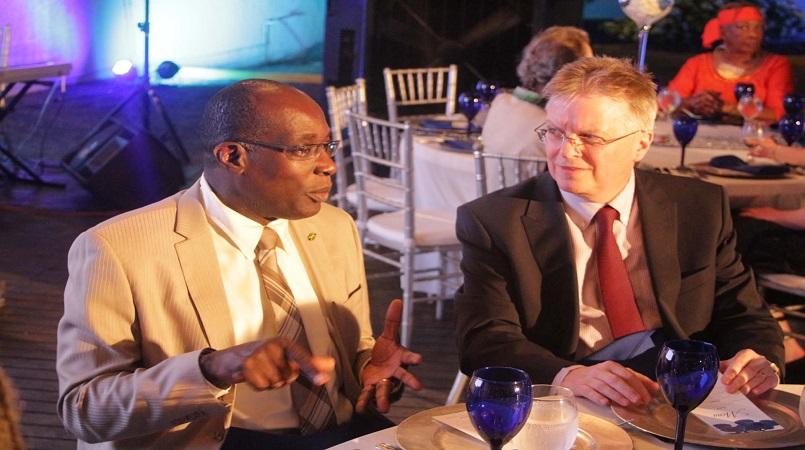 The entities were: British Council; Jamaica National Foundation; the Office of Social Enterprise at the University of the West Indies (UWI), and the Centre for Leadership and Governance also at the UWI.

A triplet of officials opened launch of the report. They were Education Minister, Senator Ruel Reid; David Fitton, British High Commissioner to Jamaica and Bahamas; and British Council's director of the Caribbean, Olayinka Jacobs-Bonnick.

The study examined social enterprise activities in high schools and its link that could lead to entrepreneurship by their participants in the future.

Dr. Lloyd Waller, head of the Department of Government at the University of the West Indies, under which the Centre for Leadership and Governance falls, believes the study has unearthed some interesting findings.

He concluded that, "based on the findings of the studies, it is very clear that social enterprise related activities should be a formal part of secondary school. It contributes significantly to entrepreneurial spirit of students."

Co-director for the Centre for Leadership, Shinique Walters, said, "it (study) is timely. Why it is timely? Because on the trajectory that we are looking at in terms of entrepreneurship, I think this is a nice launching pad to try and encourage students to get involved in these activities.

"Getting involved in these activities, mean that you are not just contributing to your individual self and your individual personal development but also to your community and giving back and I think that is very much important and I am very much about impact," Walter said.

Jacobs-Bonnick, said, "social enterprise in education is important to Jamaica, because it can help students to develop their core skills and assist in the transition from schools to the workplace.

"We hope to deepen the engagement around social enterprise in schools in Jamaica and grow partnerships with organisations, who share our values and interest in this area," she said.

Among the findings are that students who participate in social activities in schools, get personal development with some leadership skills as well as being better employable. They also learn about transparency and accountability.

The study also found out that students who have participated in social enterprise-based acitivities are more likely to want to be involved in entrepreneurial activities, after leaving high school.

Dr. Waller said, "one of the recommendation that we had was that there need to be some formalisation of social enterprise programmes in high schools, as a way of encouraging young people to participate in entrepreneurial activities."

Walters added, "one of the things that came out, it is a platform for advocacy and capacity building and developing certain life skills. So far example some of them (students) say that they were able to develop their CVs and they were also given the opportunity to network and engage with different partners, for example the National Youth Service."

The study also found out that apart from the personal development, social activities in the students, also helped the schools as well as communities.

According to Dr. Weller, beautification and painting of schools are just some of the ways in which these social activities assist the schools. He said students in social activities have also gone into communities and adopted projects, like homes and even other schools, such as primary and infant.

He said, "in some instances we had students using the funds that they raised from the social enterprise entities, to contribute to needy students funds in the high schools themselves."

See slider for more photos of the event.