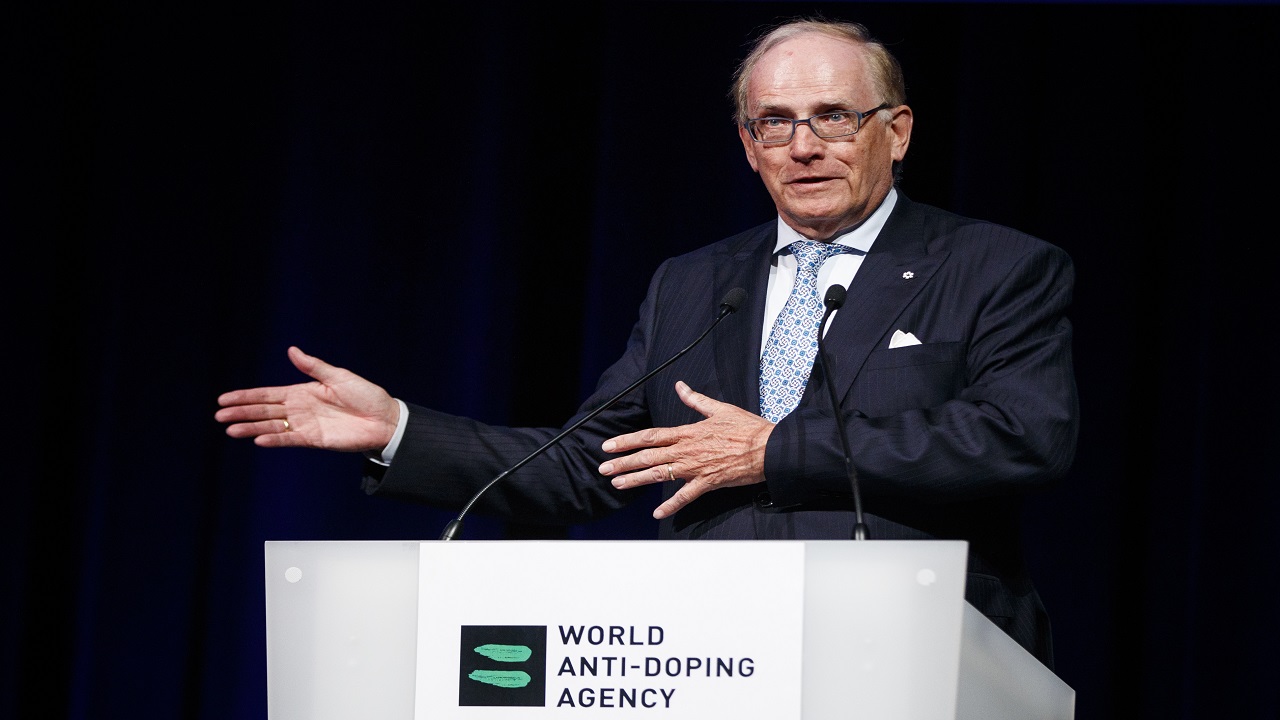 This is a Monday March 13, 2017, file photo showing Richard McLaren speaking at the 2017 world anti-doping agency annual symposium in Lausanne, Switzerland. McLaren's work verifying allegations of systematic cheating by Russia at the 2014 Sochi Games has been vindicated this month by an International Olympic Committee panel that so far has found 22 winter sports athletes guilty.

Russian sports officials risk talking themselves into a tougher punishment for the country's Olympic team, according to the investigator who detailed an orchestrated doping program.

Richard McLaren's work verifying allegations of systematic cheating by Russia at the 2014 Sochi Games has been vindicated this month by an International Olympic Committee (IOC) panel that so far has found 22 winter sports athletes guilty.

However, Russian officials continue to deny that state agencies organized the doping. They have tried to shift blame onto other international sports bodies, including the IOC and the World Anti-Doping Agency.

"They are really weakening their own position," McLaren told The Associated Press in a telephone interview from a conference on sports corruption one week before the IOC executive board decides how to punish Russia. "Lack of contrition, a lack of candor about what is going on definitely influences you when you are thinking about an appropriate sanction."

As a longtime Court of Arbitration for Sport judge, including when IOC President Thomas Bach chaired the appeals division, McLaren said lawyers typically note a refusal to accept responsibility.

In his speech Tuesday at the Play The Game conference in the Netherlands, McLaren cited recent denials by Russian Deputy Prime Minister Vitaly Mutko and IOC member Alexander Zhukov.

"The more you put out these statements that don't make any sense ... the more you build credibility for the other side and destroy your own position," the Canadian professor said, also pointing to Vladimir Putin's claim that western nations were trying to pressure Russia before its presidential election in March.

Russia's reputation is also under scrutiny as Putin prepares to welcome FIFA leaders and international soccer officials to the State Kremlin Palace on Friday for the World Cup draw.

Mutko is the head of the World Cup organizing committee and the FIFA ethics and disciplinary committees are investigating McLaren's evidence of doping cases and alleged cover-ups in Russian soccer.

Mutko was further implicated on Tuesday in a New York Times article drawn from 2014 entries in a diary kept by Grigory Rodchenkov, the former director of testing laboratories in Moscow and Sochi. Rodchenkov, who has fled to the United States, revealed the Sochi program of urine swaps and tampered sample bottles, leading WADA to ask McLaren to verify.

In a victory Monday for Rodchenkov, now protected by the FBI, he was described as truthful in the first full verdict published by the IOC panel judging Sochi athletes' cases. The 46-page document said his diary was "significant" evidence.

McLaren said airing the IOC's legal reasons could weigh on Tuesday's board meeting on Russia. The Bach-chaired panel supported Russian athletes' right to compete at the 2016 Rio de Janeiro Olympics instead of a total team ban after McLaren delivered an interim investigation report three weeks before the games started.

"I am sure it is going to have an impact," McLaren said of the detailed verdict written by IOC member Denis Oswald, a member of the 14-person board meeting next week in Lausanne, Switzerland. "If I was in Oswald's position, I would want one of those (22) decisions out there."

Bach has already signaled that a tougher penalty for Russia could be coming. He told European Olympic officials this month that an "important difference" to the pre-Rio situation is that the Sochi program has now been proven by the IOC's own legal process.

Options to punish Russia include a total ban from the Pyeongchang Games, allowing Russians to compete in South Korea as a neutral team, or handing the country a large fine.

McLaren said the IOC decision was "hard to predict" but he rejected the idea of a cash settlement, even if it was tens of millions of dollars toward global anti-doping work.

"To buy your way out of this issue," McLaren said, "I don't think that's a good strategy."