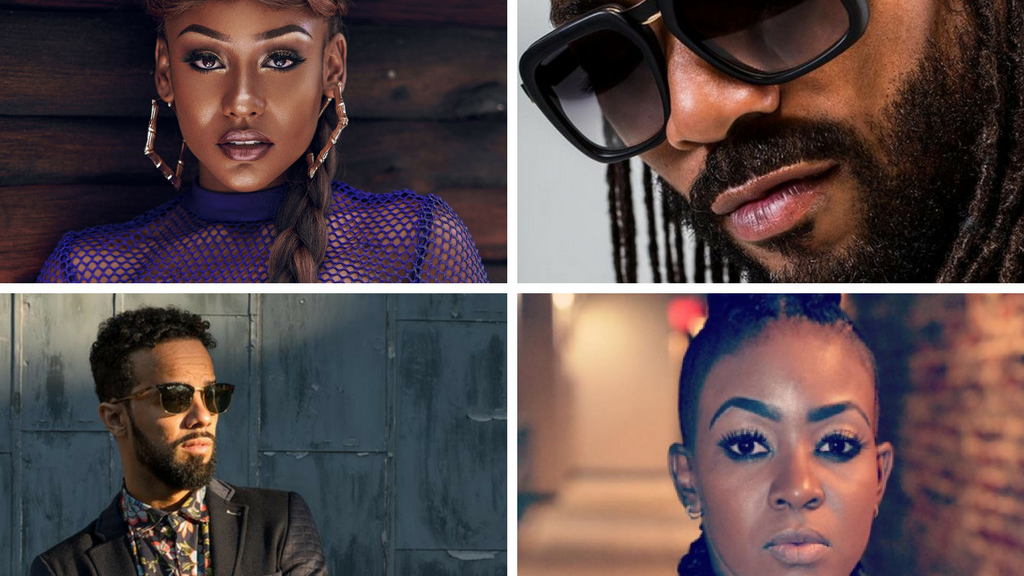 As Carnival in Jamaica gets into third gear, the island is seeing an increase in soca stars arriving for the celebrations which culminate on Sunday, April 8.

Shal Marshall, Aaron ‘Voice’ St Louis, Sekon Sta, Blaxx, Kerwin Dubois and Nailah Blackman are among those expected to arrive before the end of the week.  Cayman Islands Soca Monarch Andrea Rivera, Ricardo Drue from Antigua, Lil Natty and Thunda, the Grenadian Road March champs and Skinny Fabulous from St Vincent are among the other regional stars expected to be part of the Road March for Xodus, Xaymaca and Bacchanal Jamaica.

On the DJ side, DJ Puffy of Barbados, the 2016 Red Bull Thre3Style World Champion is experiencing Carnival in Jamaica for the first time.  He joins the likes of Dei Musicale, Private Ryan, Barrie Hype, Ding Dong and several others known on the Carnival/Soca circuit.

For Voice, the three-time Soca Monarch of Trinidad and Tobago, Jamaica’s Carnival ranks among his top three Carnivals in the world.

“This is my third Jamaica Carnival. It started off as something more on the exclusive side but the energy and vibe I love. People are welcoming, there are plenty foreigners and different faces from Trinidad. It is growing and plenty Trinis are going across. There are also more Trini parties and with that, the music is also expanding. In my first year it probably had one or two songs there but now everything we hear in Trinidad is going across to Jamaica and the music has a different forum. For soca to be played on that platform is a great thing for the culture,” he told Loop.

Voice will be on the road on Carnival Sunday alongside Montano, Garlin, Marshall and Shenseea.

Commenting on the evolution of the Carnival since those days, she told Loop that for a long time Bacchanal Jamaica was the lone band on the road.

Garcia has been performing in Jamaica for Carnival events since the Byron Lee days when she sang with soca bands such as the Roy Cape All Stars and Atlantik.

“Now you have a lot of Trini-partnered bands, people have more options but I still do events for Jamaica Bacchanal. I would usually perform for Bacchanal J’ouvert and stay back and perform on the road,” she said.

Garcia said she loves performing in Jamaica because they still embody the elements of partying that is missing in T&T now.

“Because Jamaica is a dancing country they react to music differently. A lot of my vibe and energy you don’t see unless you get the people to move. The old culture Trinidad had is very much alive in places like Jamaica.  The fact that they also make up their own dances to songs, I enjoy that. When I sang ‘Choo Choo’ years ago I had no idea they had a dance to it and I took that all over the world. It is shocking to say they have a great reaction to soca in the same way we react to their dancehall. A lot of soca artistes are well loved there,” she said.