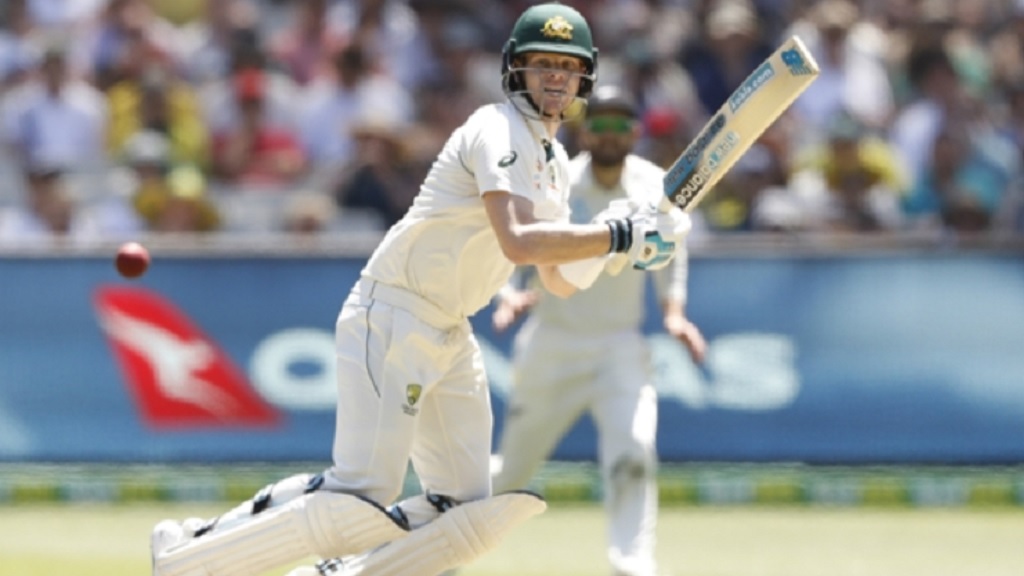 Steve Smith produced a gritty performance to hand Australia the edge over New Zealand on an absorbing first day of the Boxing Day Test.

Asked to bat first on a heavily scrutinised wicket, Australia reached 257-4 on day one thanks to Smith and his unbeaten 77 at the MCG in Melbourne, where 80,473 fans were in attendance.

Just like Marnus Labuschagne's 63, it was an innings of patience from Smith, who defied New Zealand's bowlers to close in on another Test century on Thursday as Australia look to wrap up the three-Test series.

Travis Head also made it to stumps unbeaten on 25 against a New Zealand team making its first Boxing Day appearance at the MCG since 1987.

All eyes were on the MCG after a Sheffield Shield match was abandoned earlier this month due to a dangerous surface, but on the evidence of the first morning, curators rectified the issue.

After New Zealand captain Kane Williamson opted to bowl first on a wicket with thick grass coverage and overcast morning conditions, it only took spearhead Trent Boult (1-60) – back from injury – four deliveries to skittle opener Joe Burns for a duck in the first over.

Boult and Tim Southee (0-63) looked threatening with the new ball but David Warner and Labuschagne nullified the danger, preserving wickets over big scoring, until 15 minutes prior to lunch.

Black Caps paceman Neil Wagner (1-40) claimed the prized scalp of Warner for 41 – the star opener pushing out a full delivery and sending a thick edge to the diving Southee to leave Australia 61-2.

Labuschagne – who arrived in the first over – played a patient innings, cementing himself at the crease alongside former Australia captain Smith.

Spared a life following a mix-up in running with Smith as Williamson missed the stumps, Labuschagne brought up his fifth successive 50-plus score with an edge off Boult.

Labuschagne enjoyed success against Mitchell Santner (0-34), pulling a short ball for six before Smith lofted a delivery straight into the sightscreen as the Australia pair clubbed the New Zealand spinner for 17 runs in an over.

But just as Labuschagne was looking comfortable, the in-form batsman deflected a Colin de Grandhomme (2-48) delivery off his elbow and onto the stumps in the middle session before tea.

That brought Matthew Wade (38) to the crease and he renewed his battle with Wagner – the Australian managing to make it through a torrid period before the last interval.

As Smith entered Australia's top 10 of all-time leading run scorers in Test cricket thanks to his 28th Test fifty, De Grandhomme's delivery nipping away from Wade, who edged to BJ Watling.