The Smirnoff Fame Frequency Party Pitch competition left its own virtual imprint two Saturdays ago when close to 83k viewers tuned in to the ’90s themed party dubbed ‘Step Out’.

In addition to what were undoubtedly impressive numbers for a local stream, veteran DJ Collin Hines said he was equally impressed with the execution of the event. 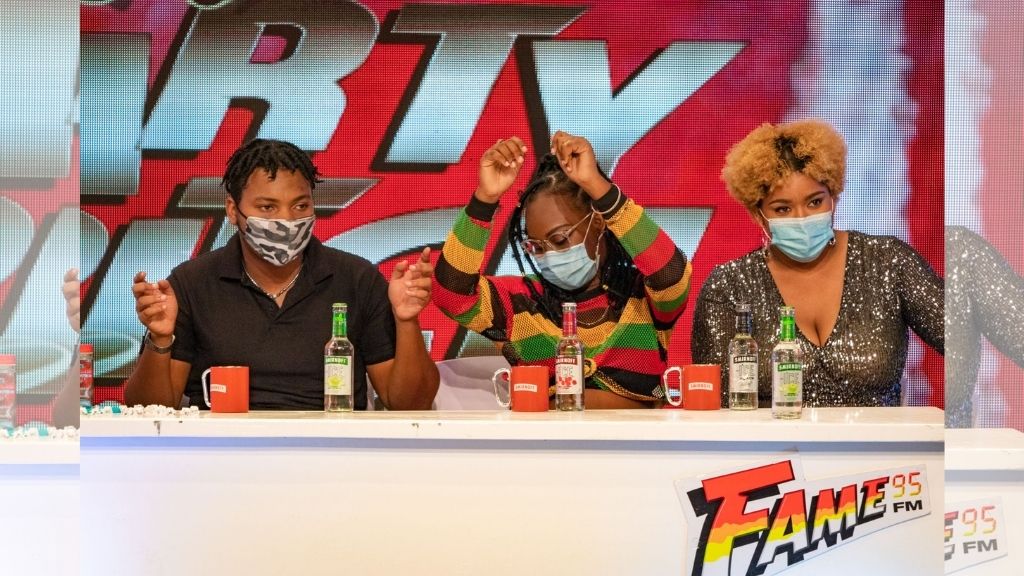 ‘The [palpable] energy is exactly what we were looking for when we launched the competition. Nineties dancehall culture was nothing short of iconic, and Step Out captured that perfectly.’

‘It was an all-around amazing event and was the perfect way to end the competition; everyone involved outdid themselves’.

Led by DJ Captain Collin Hines, deejays Narity, King Taj and Delly were responsible for the sounds at the turntable.

Mega hits like Terror Fabulous and Nadine Sutherland’s Action, Ghost’s When I See You Smile, and Tanto Metro & Devonte’s Every One Falls in Love were just a few of the songs that set the tone for the virtual bash.

‘The vibe was generally strong and upbeat the whole night, however my favourite part was Agent Sasco’s performance,’ Hines stated. He believed Sasco was the perfect complement.

Hines later expressed that the DJ sets ‘reigned supreme’, and confirmed that the dance-off competition with ’90s and ’20s styles was ‘particularly enjoyable’.

The party, which was broadcast on radio, streaming networks, and across social media, was the brainchild of UWI Marketing Association President Antonette Hines and vice presidents Sheyenne Leslie and Alrique Welsh.

The three 20-somethings acknowledge that while today’s dancehall music has a massive pull across the globe, the classic sound of ’90s dancehall still holds firm.

Dancehall hits aside, many viewers agreed that it was Agent Sasco’s feature performance that kicked things into high gear.

Sasco aka Jeffrey Campbell, wowed viewers with renditions of a number of his chart-topping hits.

The in-sync Dance Xpressionz dancers added a third layer of entertainment with their mash-up of the popular dances moves of then and now, from the Bogle and Butterfly to One Drop and Flairy – much to the delight of several guests in the Zoom VIP room, many of whom were decked out in ’90s-inspired fashion.

‘I suspect that persons who didn’t experience ’90s dancehall culture firsthand got a taste of it Saturday night, and it would have inspired a couple of youths to maybe hit YouTube and research ’90s dancehall music,’ Hines noted.

‘That era,’ he continued, ‘created the playground they are ramping on now, so I hope it [prompts] 20-year-olds and selectors to go back and research an artiste or rhythm,’ Hines shared.