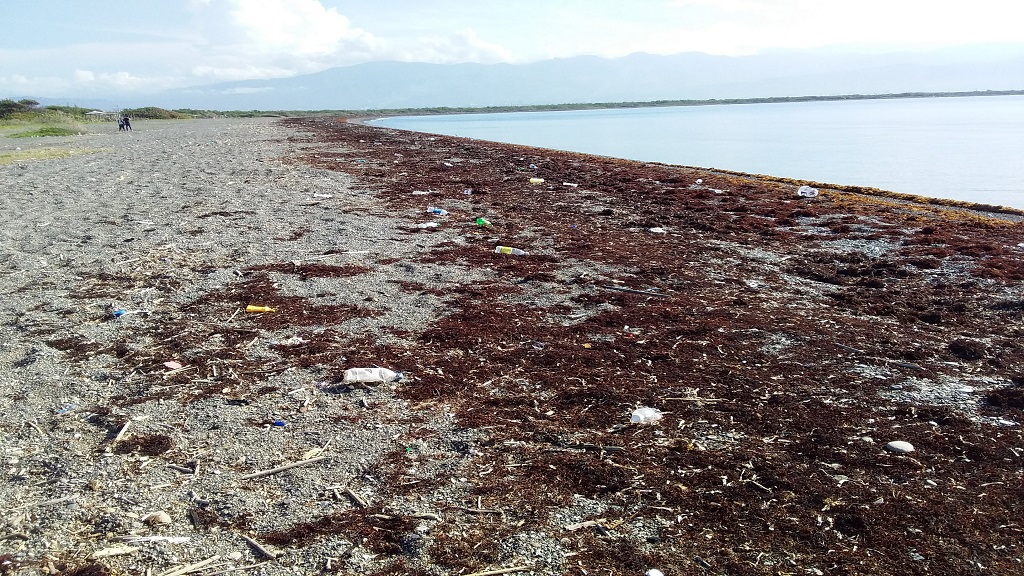 Some beaches across the island, particularly in Portland and St Catherine, are already being heavily impacted by the seaweed. (PHOTO: contributed)

The National Environment and Planning Agency (NEPA) is advising the public to expect an influx of mats of the brown seaweed, sargassum, along beaches across the island in the upcoming months.

In a news release on Friday, the environment agency noted that Jamaica, like several countries across the region, has been impacted by the seaweed and continues to experience a high level of influx.

"The floating mats have been spotted offshore Jamaica, with some beaches across the island, particularly in Portland and St Catherine already being heavily impacted," NEPA said.

Sargassum is a type of open ocean algae that is only found in the Atlantic Ocean and provides refuge for migratory species.  It is an essential habitat for several species of fish and invertebrates and provides shelter and food to sea turtles and commercially important fish such as Tuna. Additionally, sargassum plays a role in beach nourishment, and is an important element in shoreline stability, however, in excessive amounts it may result in beach erosion and disruption in the aesthetic landscape.

According to NEPA, the proliferation of the seaweed is believed to be related to increased ocean temperatures and the availability of nutrients discharged from major rivers within the Caribbean Sea and Gulf of Mexico.  The seaweed consolidates into large mats and is transported by ocean currents towards the Caribbean, washing up on beaches throughout the region.

As it collects and decomposes on the coastline, it produces an odour that attracts insects, said NEPA.

"Allowing the sargassum to remain on the beach has proven to be the simplest and lowest cost solution, however, in instances where it becomes necessary to remove the seaweed," the agency said.

NEPA is advising individuals that the use of heavy compacting equipment on the beach is not recommended and that special care should be taken to minimise the amount of sand that is removed during the clean-up activity.

It said individuals who wish to remove and dispose of sargassum may be guided by the following:

- Removal of Sargassum should be carried out manually through the use of nonintrusive methods (no heavy equipment and machinery) such as hand raking or beach raking equipment with a perforated conveyor belt. After raking, the accumulated sand should be returned to the beach.

- Stockpiling at a designated location

- The material should be turned occasionally to encourage its drying  and the ultimate removal of sand;

- All organic material should be disposed of at an appropriate off-site location and or burial on the beach where practical.

The agency further advised beach operators that should the need arises for the use of heavy equipment such as tractors and front-end loaders for the removal of sargassum and other accumulated debris, permission should sought from the Agency prior to carrying out the activity.

In order to better understand how we can effectively manage the influx of sargassum, NEPA said it has partnered with a multidisciplinary team from the Faculty of Science and Technology at the University of the West Indies, Mona Campus.

"The team will be conducting research ranging from forecasting when and where the sargassum will impact, the use of the seaweed in soil conditioning and as fertilizer," NEPA said, adding that the research "will investigate the extraction of potentially bioactive compounds and other valuable substances, as well as the seaweed’s potential use in the generation of energy in bio-digesters."

In other parts of the Caribbean, sargassum is used as animal feed, food for humans, in cosmetics, the manufacture of take-away containers for food and bricks for construction, NEPA said.