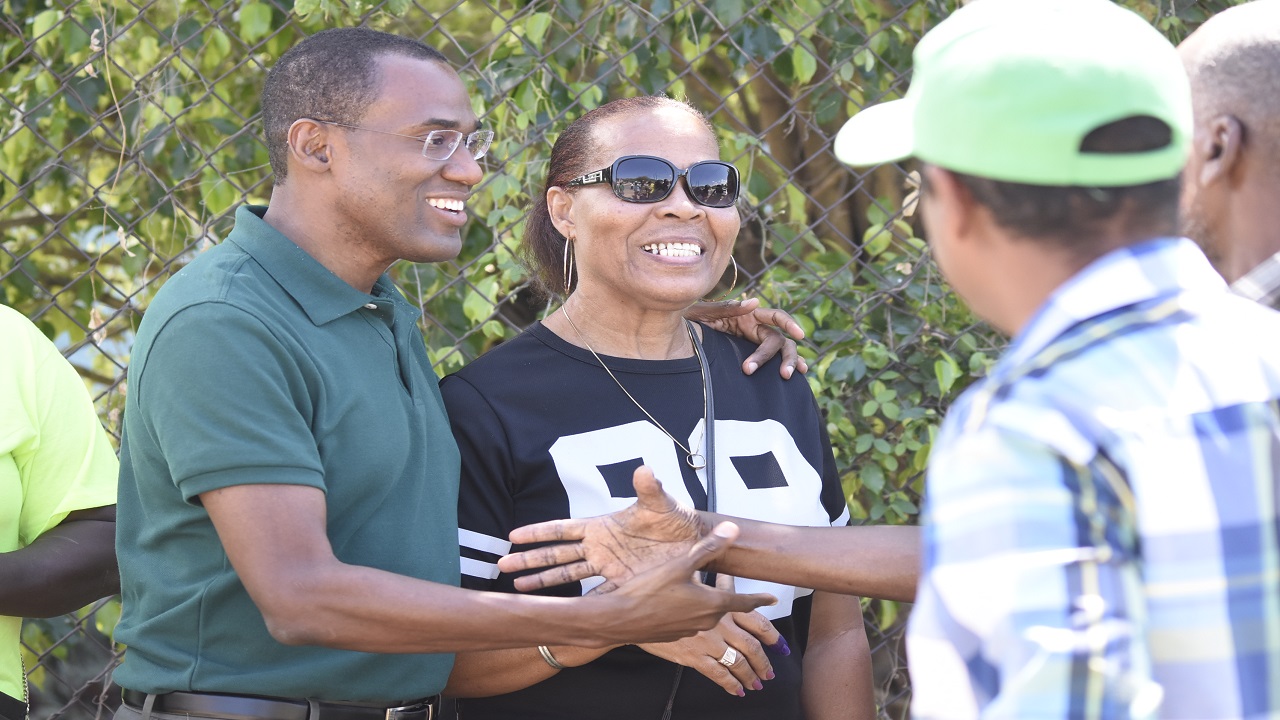 JLP candidate, Dr Nigel Clarke is a picture of confidence as he greets supporters on by-election day. (PHOTOS: Marlon Reid)

Amid a blanket of joint police/military presence at the polling locations across North West St Andrew, voting is under way in the by-election to replace former Member of Parliament (MP), Derrick Smith, but the exercise is progressing slowly, as the eligible electors trickle in to cast their ballots.

Already, indications on the ground by way of activities, are favourable to Jamaica Labour Party (JLP) candidate, Dr Nigel Clarke, who said he is preparing for the representational task he anticipates, beginning on Monday evening.

With more security personnel and Election Day workers, including party agents, than voters at times, there has been no reported challenge for the Electoral Office of Jamaica (EOJ) operatives in the constituency, where Clarke, an economist and Rhodes Scholar, is up against school principal, Keisha Hayle of the Opposition People’s National Party (PNP).

Supervisor Berlin Roper, who was part of an EOJ team handling polling stations 53, 54 and 55 at Pembroke Hall Community Centre, which will be the counting centre after 5:00 pm, said it was all smooth sailing for the morning, with no form of hitch in relation to the polling there, but a low voter turnout up to that point.

Amid crisscrossing of top political representatives, including Opposition Leader, Dr Peter Phillips; National Security Minister, Robert Montague; and State Minister for Finance, Rudyard Spencer, along with candidate Hayle, pockets of excitement were generated among the different groups of party supporters near the various polling clusters.

Dr Clarke, who had a structured visit to the Pembroke Hall Community Centre cluster shortly after 11:00 am, was a picture of confidence as he conversed with both PNP and JLP workers. 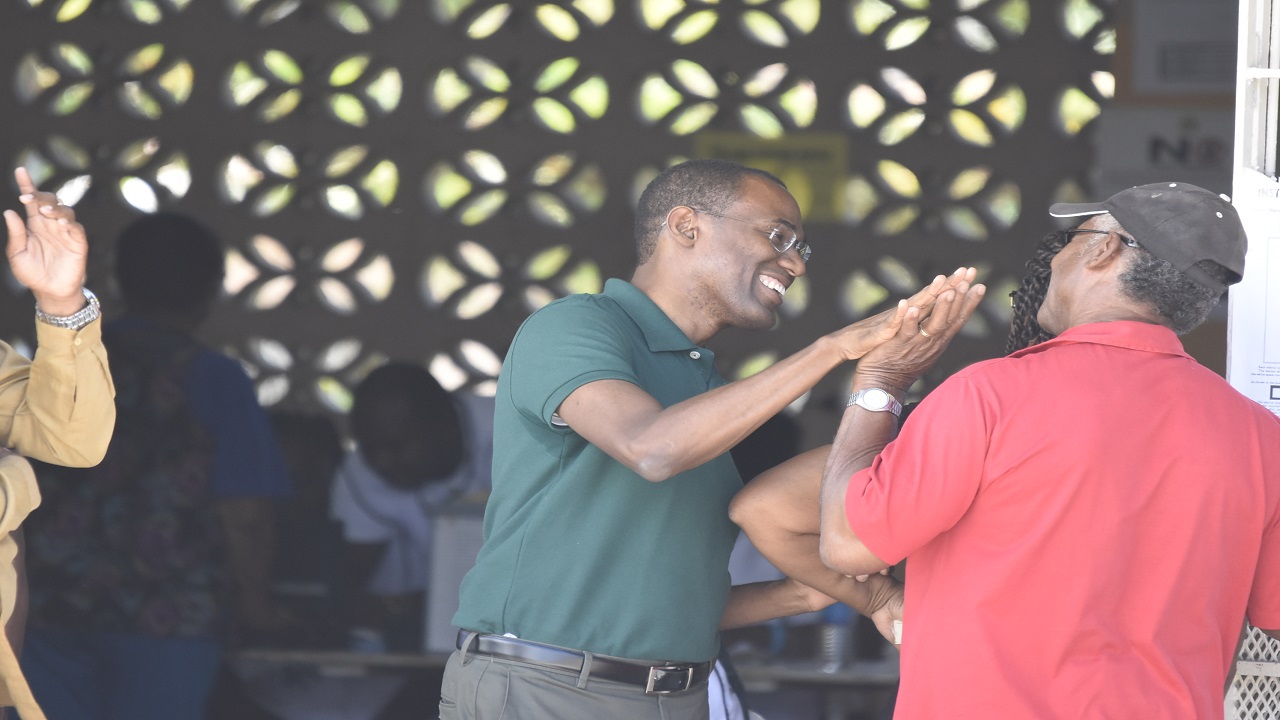 He said he was “feeling good” and confident of victory, having had “a strong campaign, including walking house-to-house across the constituency.”

He said he was warmly received at places like shop corners and bus stops, and was “very impressed with how the people expressed their feelings.”

Clarke said he was looking forward to “working with the people of North West St Andrew in a (formal) representational role after 5:00 pm today (Monday), to lead in the building of the constituency into the place it should be, which it has been on the path towards.”

Efforts to make direct contact with Hayle have so far been unsuccessful.