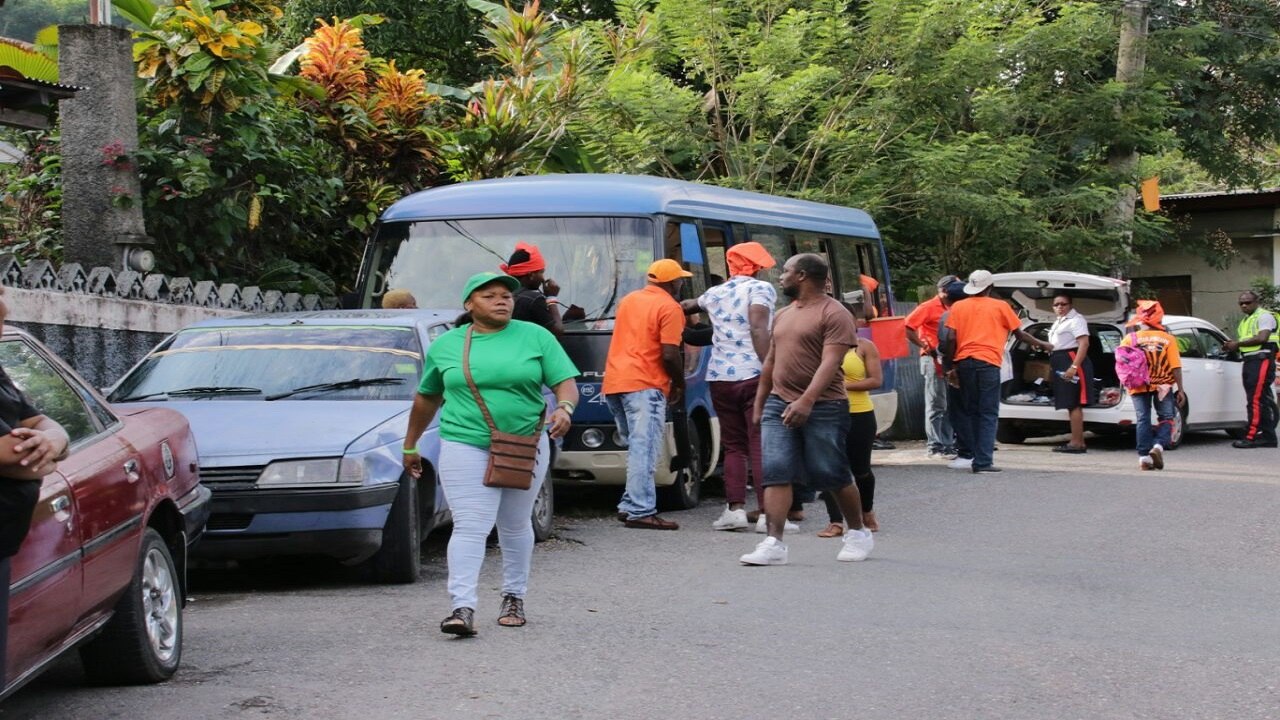 Voting appears to be going slowly across sections of South East St Mary, at least along the Junction Road leading into Annotto Bay, and in the town itself, as the anticipated early morning rainfall has so far kept away.

Under definite cloudy conditions though, there was a noticeably heavy People’s National Party (PNP) presence along the Junction Road, certainly outnumbering the Jamaica Labour Party (JLP) showing, but there were clearly outside elements among some of the groups, with known party supporters from the Corporate Area being numbered among the people on hand.

In one case, a group of supporters being marshalled by PNP St Catherine Member of Parliament (MP), Denise Daley, was impressive on the surface, but a closer examination of the composition of the group revealed a heavy mix of ‘imported’ personnel.

Overall, outside of the presence of supporters of both parties mingling at will along the roadways, it appears a really calm and quiet period of early morning voting so far.

Security has been extremely heavy, with heavily armed personnel being noticeably mobile in smaller units and Mobile Reserve buses across the constituency, but so far with very little intervention necessary.